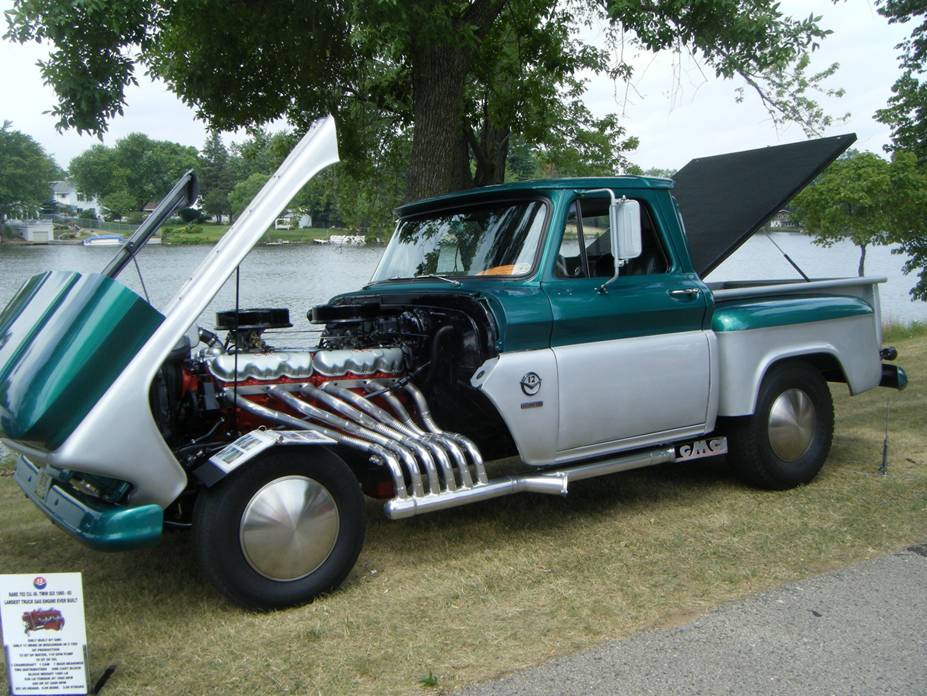 This 1964 GMC truck was built by Robert Wunderlin in Wisconsin as a tribute to the B24 Liberator crew Rap’em Pappy who went down in Germany during WWII. The truck’s frame and front body panels were extended to hold a very unique power plant. 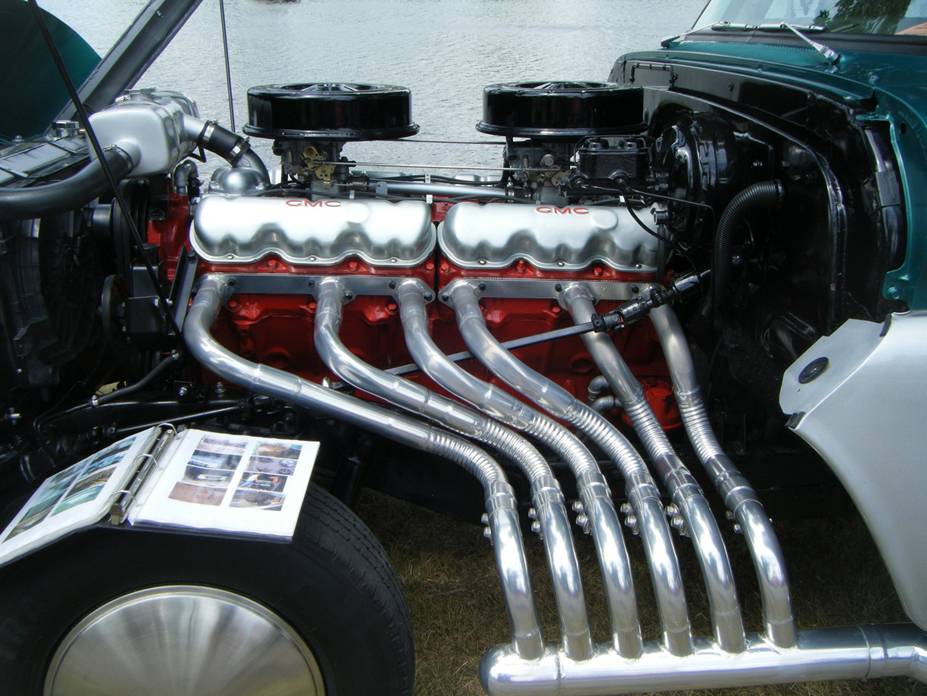 Powering the truck is the 702 ci (11.5 L) V12 called the “Twin-Six”. The engine appears to be two separate V6 engines welded together but it uses a single cast block and runs a single long cam and crankshaft. Everything about this engine is big. It uses 16 quarts of oil, 72 quarts of coolant, weighs 1,485 lb, the crank alone weighs 180 lb, and produces 650 ft-lb of torque at 1,600 rpm. Since this engine was built for torque, 250 horsepower at 2,400 rpm is the most it ever produced.

The engine was built by GMC for commercial trucks to provide large torque but also be very affordable to service since a majority of the parts were interchangeable with 351 V6 parts such as the four heads and four exhaust manifolds. You can read more about the engine at Engine Labs. If you are interested in running one of these in your own hot rod, Thunder V12 sells a turn-key engine for $18,000.