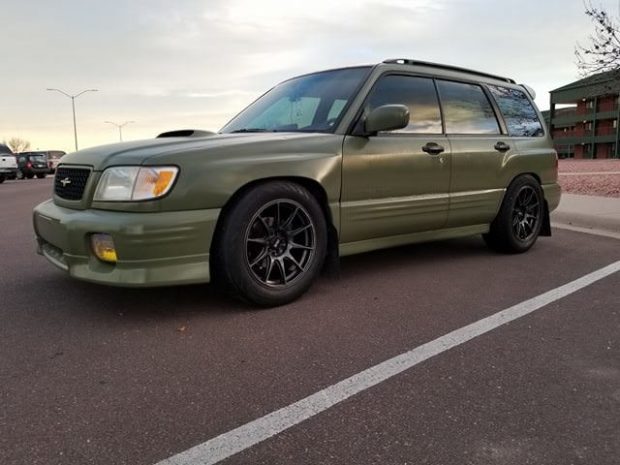 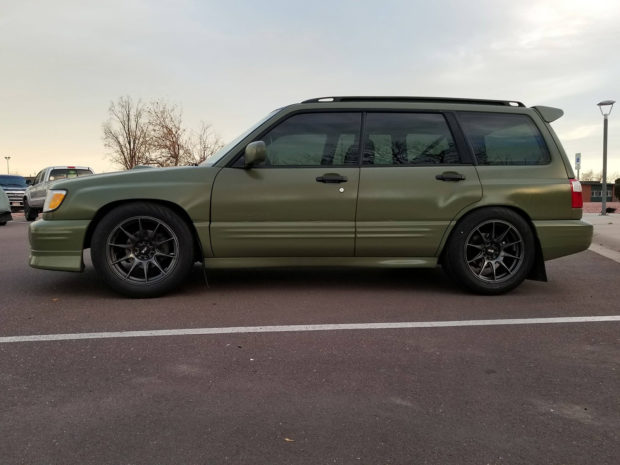 About three and half years ago Shane purchased a 2001 Subaru Forester knowing the naturally aspirated 2.5 L flat-four wouldn’t stay. Shane pushed the Forester in a rented garage bay and with the help of his friend Michael Sousa swapped the engine in under 24 hours. 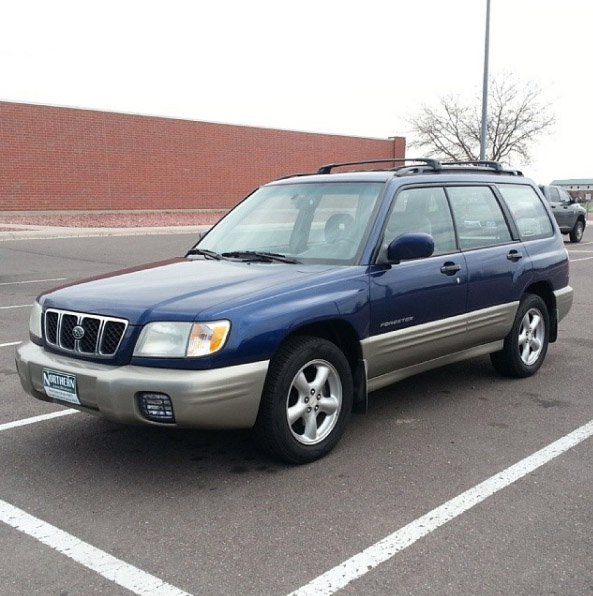 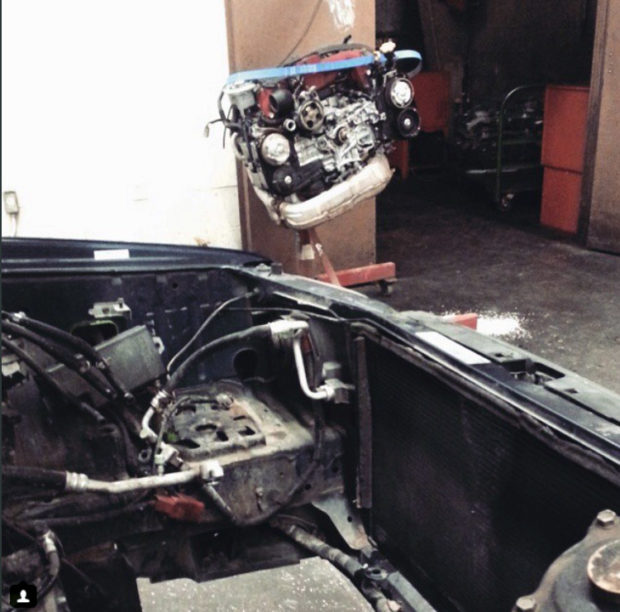 The Forester’s new engine is a 2.0 L EJ207 flat-four from a JDM 2005 WRX STI. This engine is a Version 8 which includes a VF37 twinscroll turbocharger and is the biggest reason for Shane picking the engine. It makes 265 horsepower and 255 lb-ft of torque on 19 psi of boost.

Although the engine was pretty straight forward swap it wasn’t a bolt-in application. Shane went to iWire to have the wiring harness merged. The EJ207 downpipe is too short so they welded an extension in the middle. The modified pipe was later replaced with a custom version. They notched the five-speed manual transmission to fit the JDM engine. The crossmember they used for the swap was the wrong model so it also needed modification. 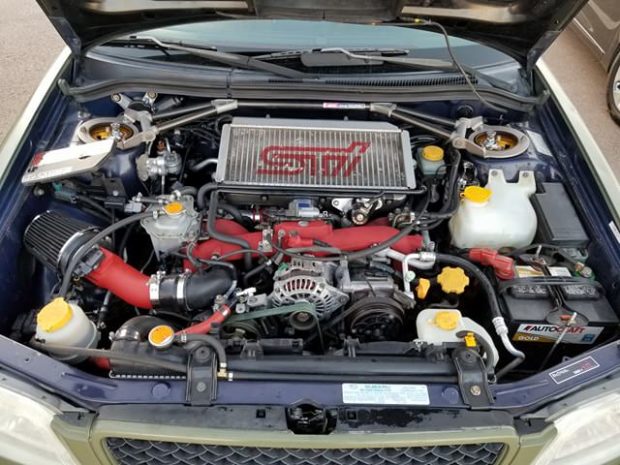 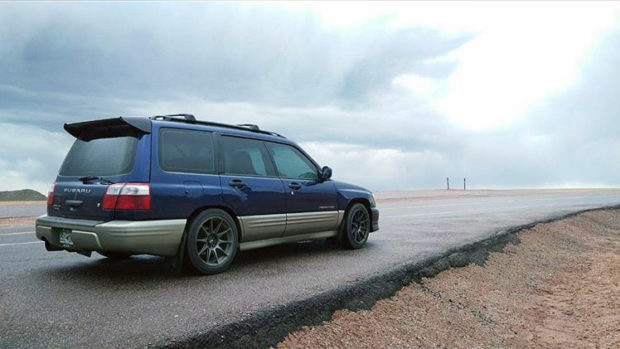 Inside the Forester you will find a 2005 WRX interior and gauge cluster. Other improvements include Defi 52 mm boost/EGT gauge, Innovate Motorsports wideband air/fuel gauge, Pioneer navigation AV receiver, Powerbass 10″ downfiring subwoofer, and Subaru Casablanca floor mats which Shane claims are the only set in the US. 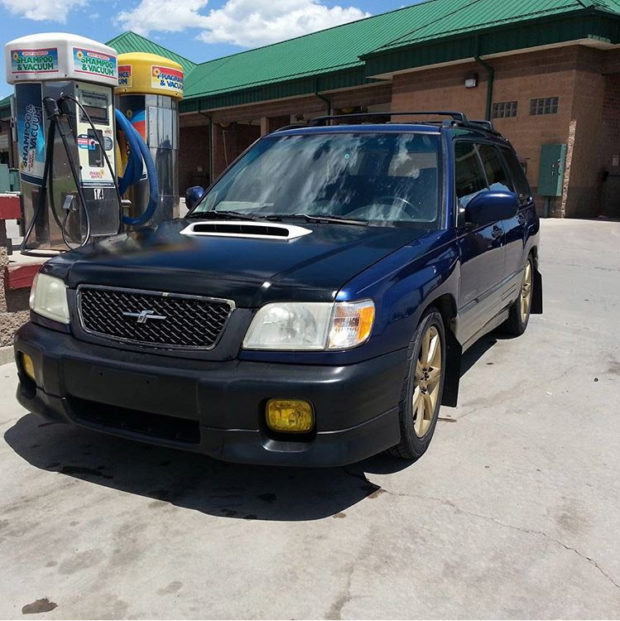 The exterior features a JDM hood, grill, front bumper, and rear spoiler. The body is covered by a layer of custom green Plasti Dip. The wheels are a set of XXR 527 with 235/55/17 tires. 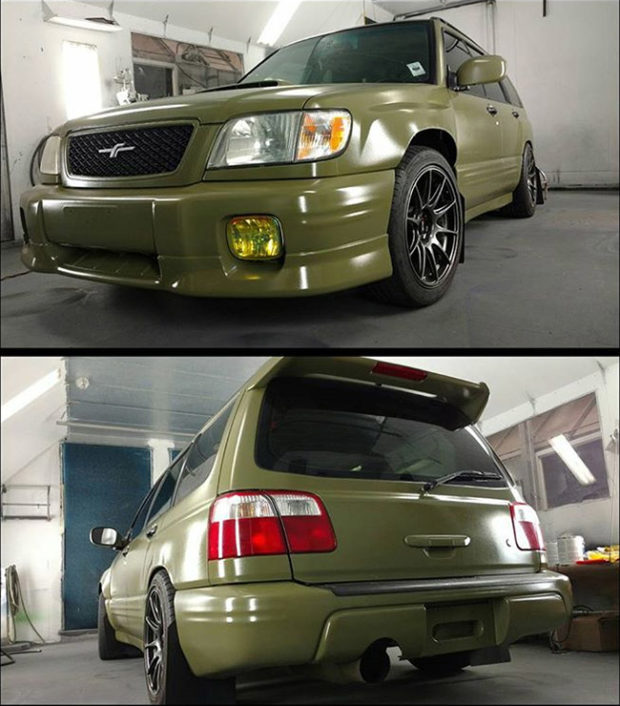 Shane would like to thank RPM Performance in Colorado Springs, Colorado for their help and support.