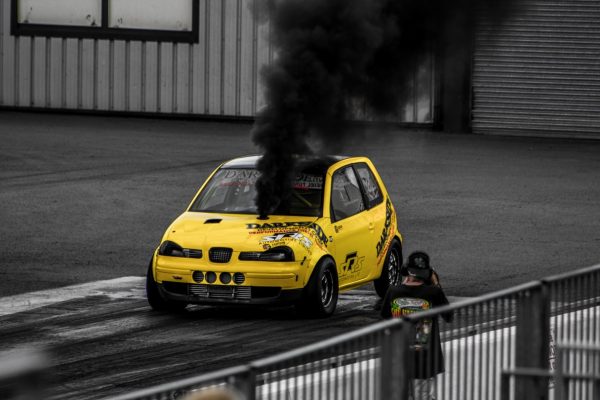 This SEAT Arosa Mk2 was built by Darkside Developments in Barnsley, United Kingdom. Under the hood sits a 2.0 L 16v turbo diesel inline-four built by Darkside that makes 406 horsepower and 500 lb-ft of torque or 528 horsepower and 680 lb-ft of torque with nitrous. The engine features modified stock pistons, Rosten H-beam rods, ported head, race camshafts, custom intake and manifold, 2000 bar injectors, Darkside GTD2872VR turbocharger, and Revo direct port nitrous system. Power goes to the wheels through a billet flywheel, sintered clutch, built 02M six-speed transmission with a Quaife LSD, and custom driveshafts. The car reaches 0-60 mph in 2.26 sec, a quarter-mile in 10.49 sec at 130.27 mph or 9.722 sec at 146.74 mph on nitrous, and reached 164.031 mph in the half-mile on 30% nitrous. For more specs on the car please visit the project’s homepage. 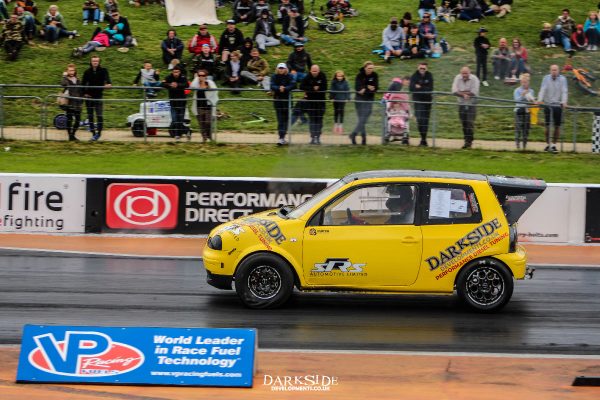 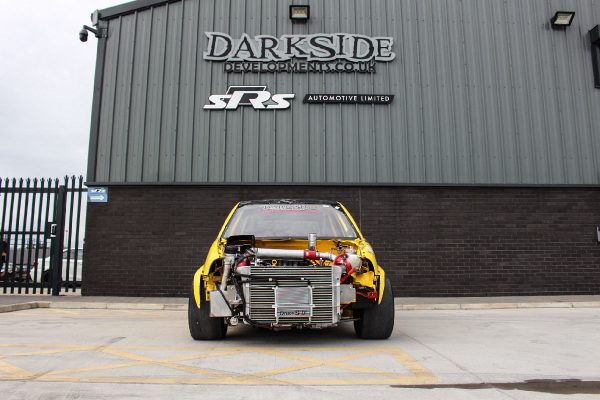 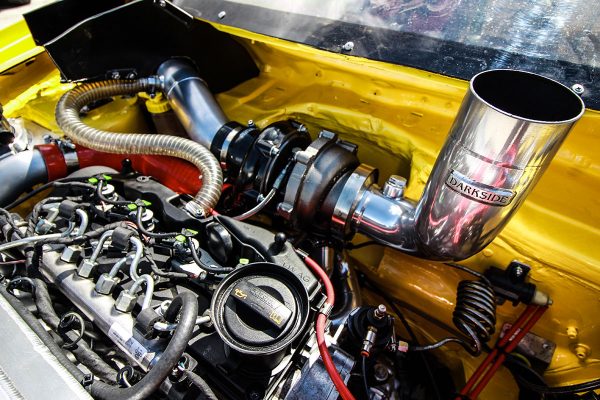 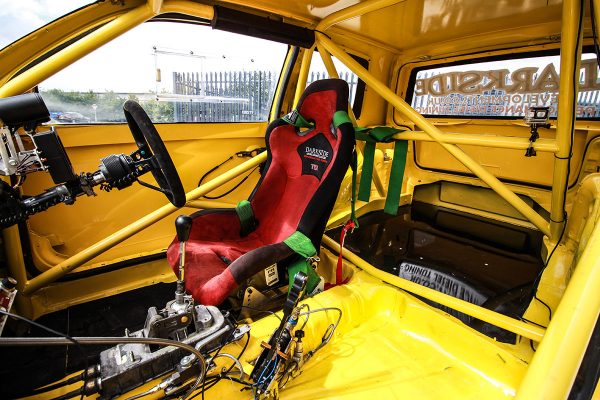 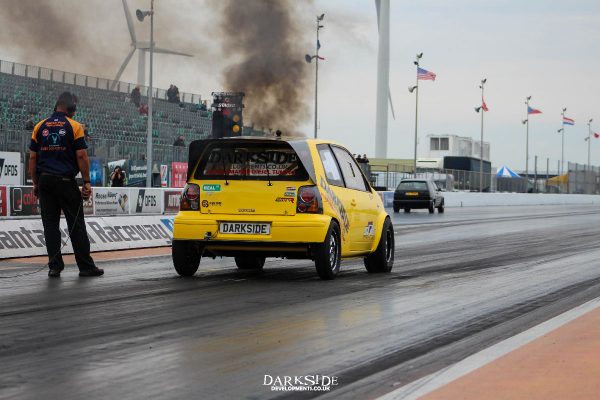