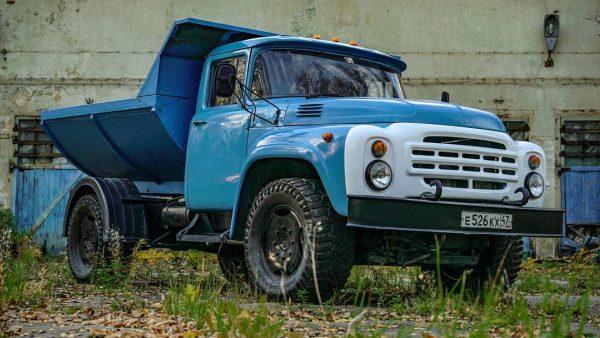 The ZIL-130 truck was built by ZiL in Moscow, Russia from 1964-1994. They came from the factory with a 6.0 L ZIL-130 V8 and five-speed manual transmission. However the creative mechanics on AcademeG YT channel modified this particular model with a BMW X5 M powertrain and suspension. That means this truck now features a twin-turbo 4.4 L S63B44 V8 connected to an automatic transmission and xDrive AWD drivetrain. The engine makes 547-575 horsepower and 500-553 lb-ft of torque from the factory depending on the generation. However it’s reported they boosted theirs to make around 700 horsepower. For some laughs the truck races against a sixth generation Mustang with a 2.3 L EcoBoost turbocharged inline-four.

Below is the project’s full build playlist. Starting with the first video.