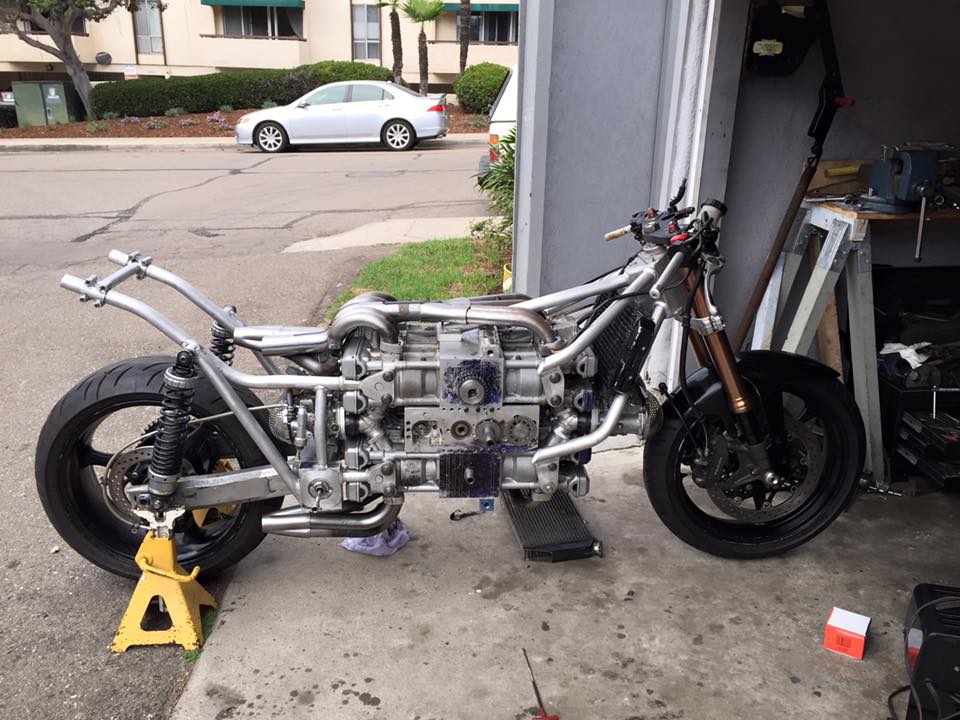 Andreas Georgeades took his custom H16 powered motorcycle out of the shop to show off the progress he has made. If you remember from our previous article Andreas is taking four Yamaha YZF600 599 cc inline-four engines and building one 2396 cc H16 monster engine. The basic structure of the engine is two engines put together to form a flat-eight engine and then two flat-eights stacked on top of each other with a gearbox between them. Andreas says the first time the engine fires up it will have straight pipe exhaust. Hopefully he will post a video so everyone can hear what that would sound like. 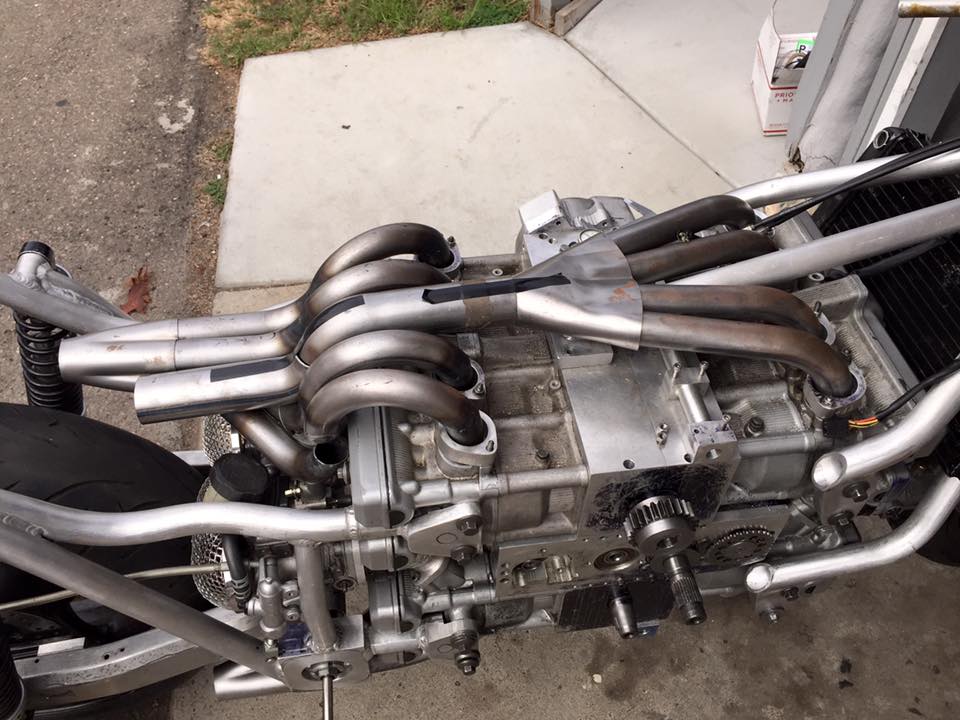 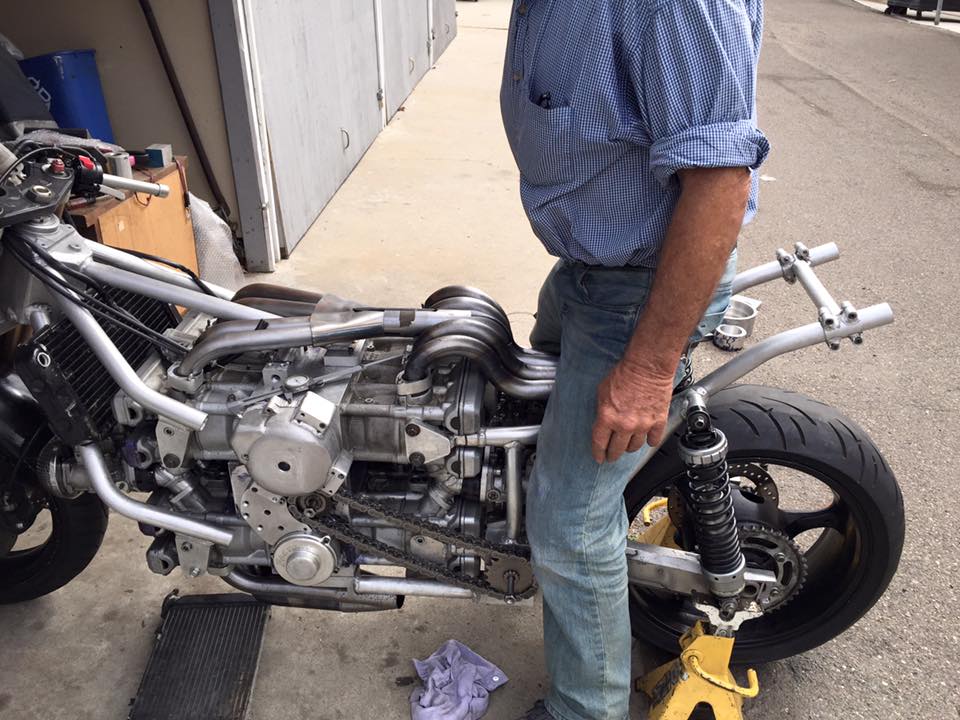 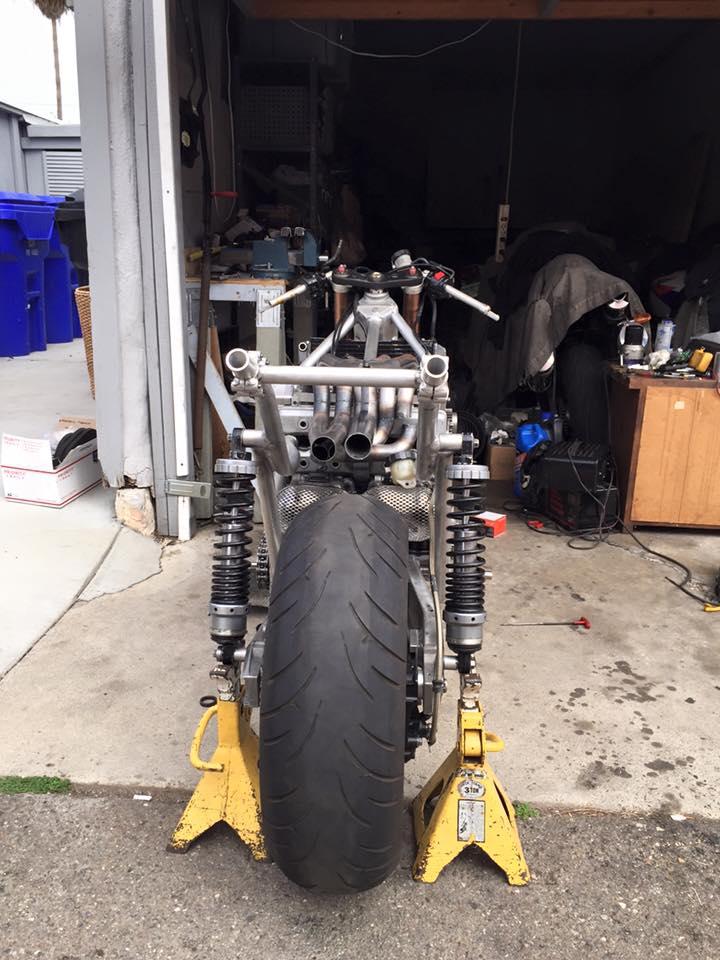 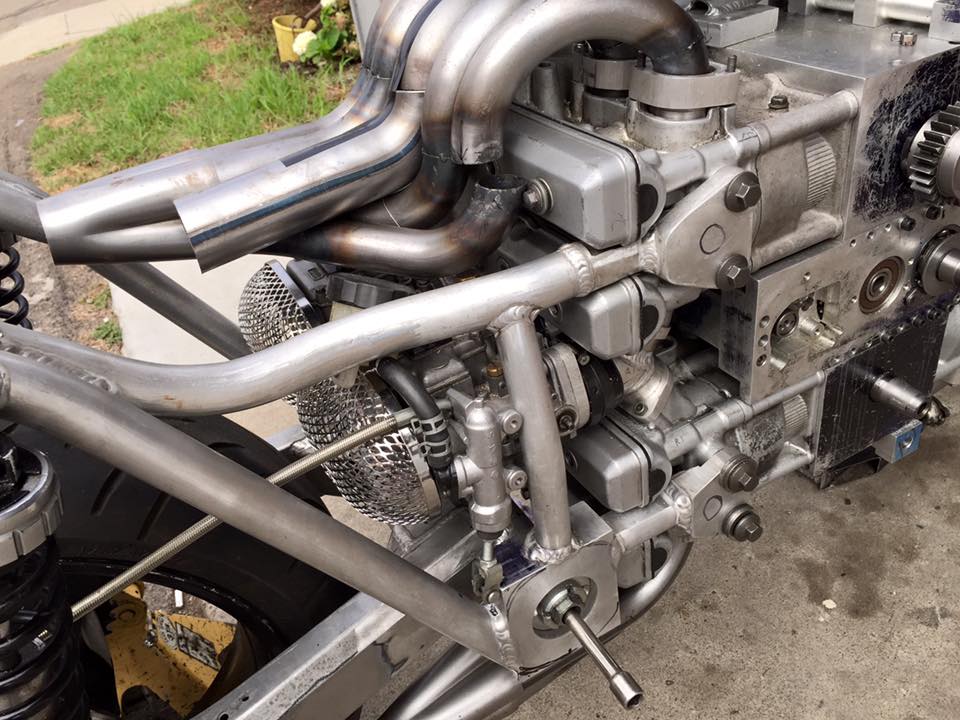 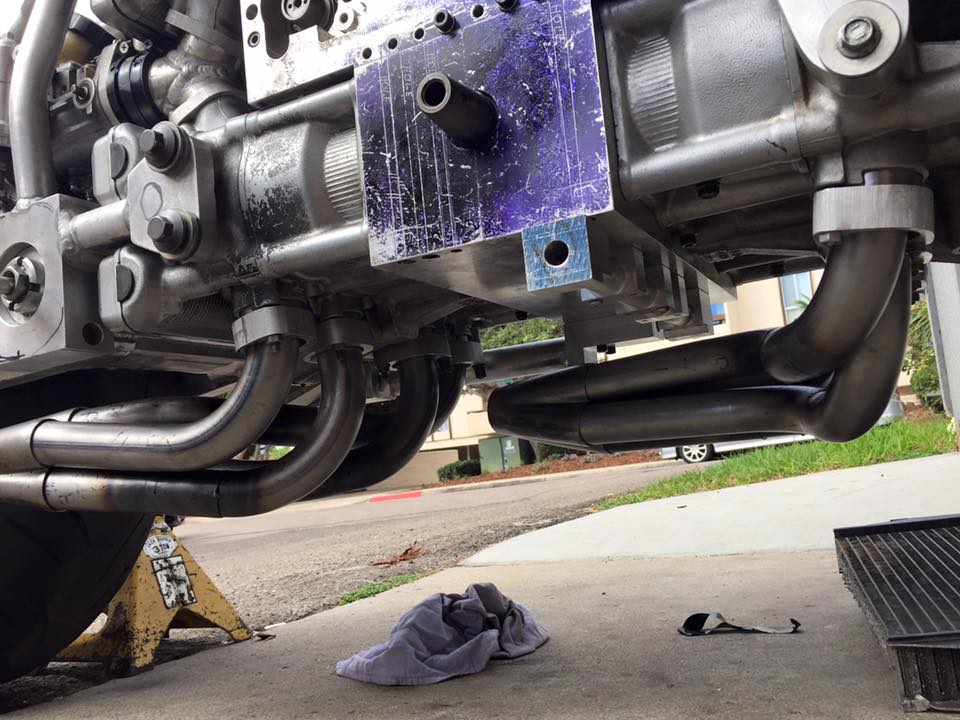 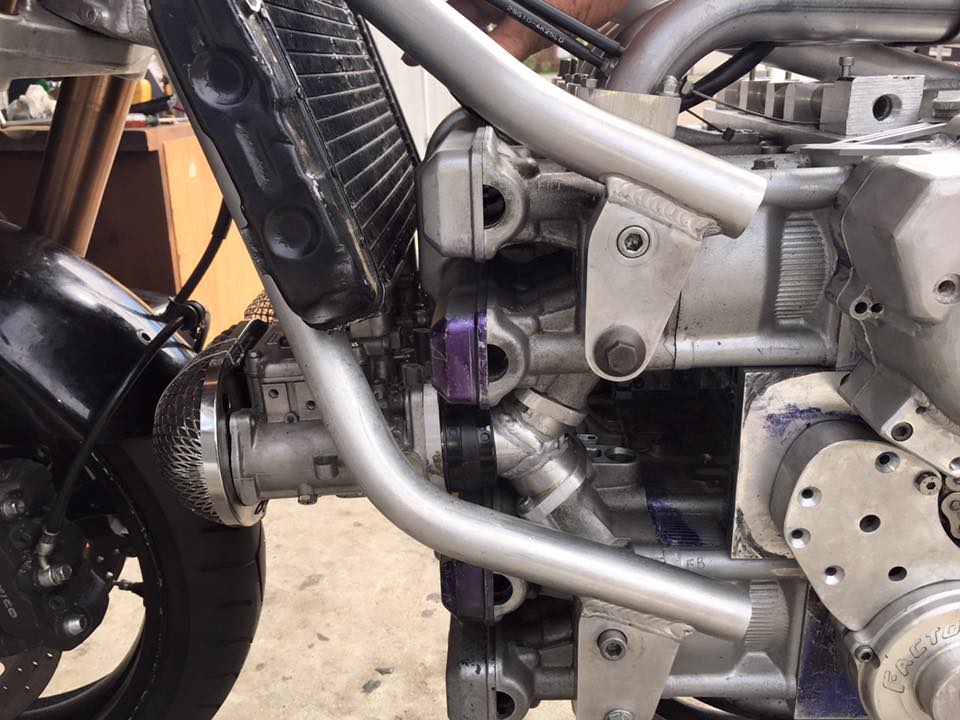