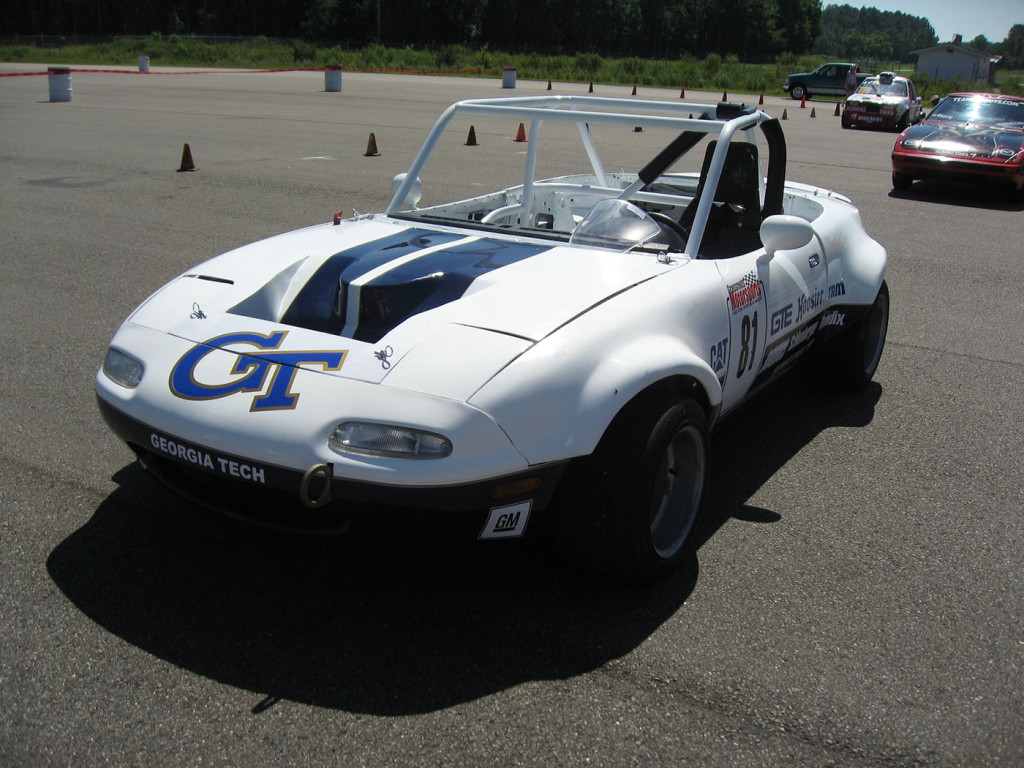 Wreck Racing is a student run automotive club at Georgia Tech. The team is comprised of undergraduate students all from different majors such as mechanical engineers, computer science majors, and electrical engineers. 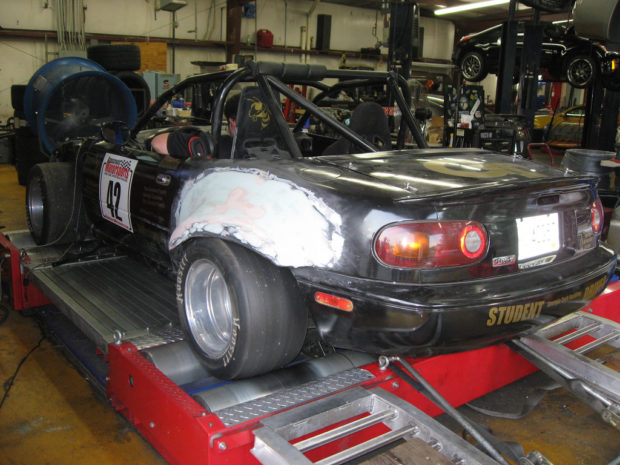 Each year Wreck Racing enters the Grassroots Motorsports Challenge. Each team can only spend the amount of money equal to the year it is held in. So this year teams could only spend $2,009 or less to create a car that will compete in an autocross, drag race, and concours. Many builders enjoy this competition because it really encourages creativity due to the very low budget. The winner can’t buy a victory in this challenge.

Wreck Racing will be bringing a 1991 Mazda Miata with a Toyota 1UZ-FE V8 to this years competition. The engine’s redline was increased from 5,500 to 7,000 rpm. The 1UZ was picked for its uniqueness (remember there is a concours and I am sure the judges enjoy seeing something besides SBC swaps) and ability to take a bunch of abuse. The 1UZ has 6-bolt main bearings, belt driven quad-cams, and oversquare design. When creating the 1UZ platform Toyota based the engine off a CART/IRL engine. The engine is estimated by Wreck Racing to be making slightly higher then factory power of 250 horsepower and 260 torque. 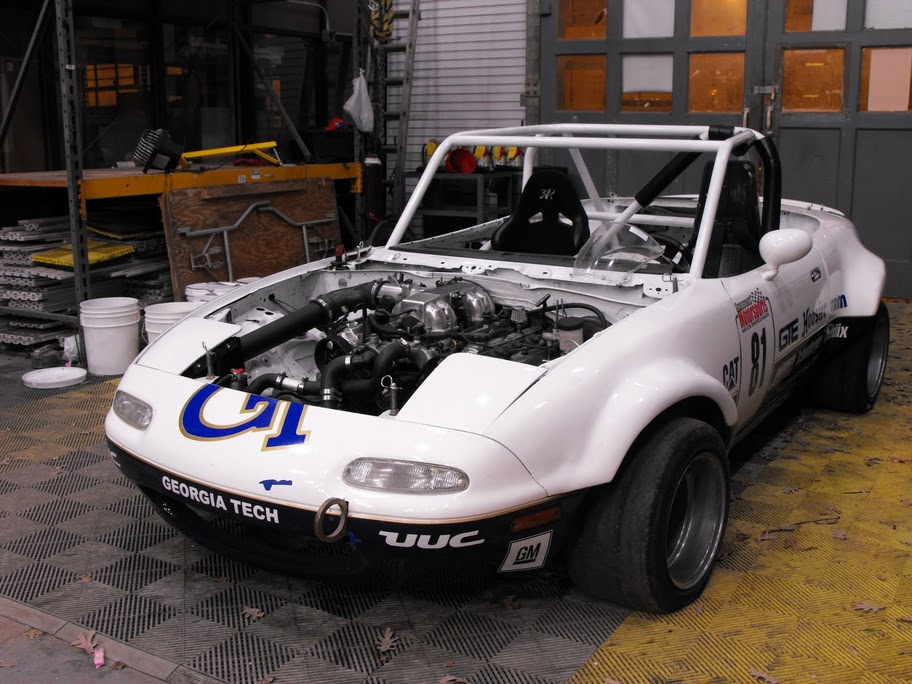 The transmission was kept automatic because a manual swap would have taken them over their budget. Instead they opted to go with a paddle shift modification. They built their own transmission controller that tells the transmission to shift when the paddles are engaged. They also wanted the controller to be programmable which would allow the driver to select gears during the autocross event but have the computer take over on the drag strip.

The rear differential is the trusted Ford 8.8 out of a 89-92 Thunderbird re-geared to a 4.10. Wreck Racing also had to worry about axles since they were still using the hubs from a Miata but a differential from a Ford. To solve this they cut a Ford shaft and a Miata shaft and mated them together using a sleeve. Since the Ford end is bigger then the Miata end they mated them by dunking both axle ends into Liquid Nitrogen and heated the sleeve up to over 1,300 degrees, then press fitted them inside the sleeve and allowed them to form around each other. As you can see there was only a limit on money and not determination and skill.

ESD wishes Wreck Racing the best at this years competition. 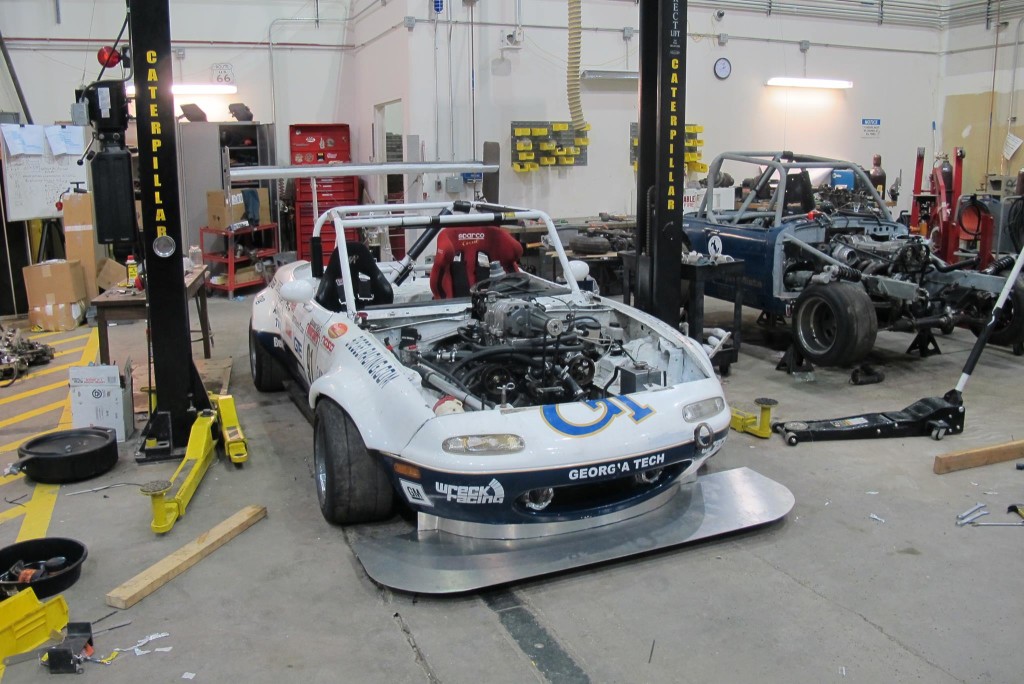