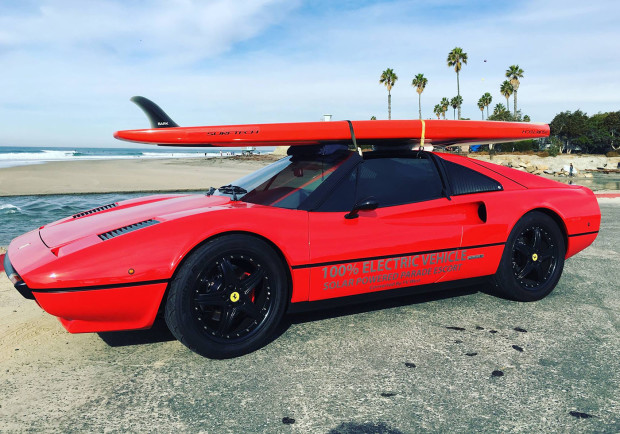 Eric Hutchinson was looking for a vehicle to swap an electric motor into when he came across a listing for a 1978 Ferrari 308 GTS with a salvaged title. The Ferrari had suffering a fuel leak and unfortunately caught fire. This was a perfect candidate because he wouldn’t be modifying an original and it would have more performance when completed than it did from the factory. 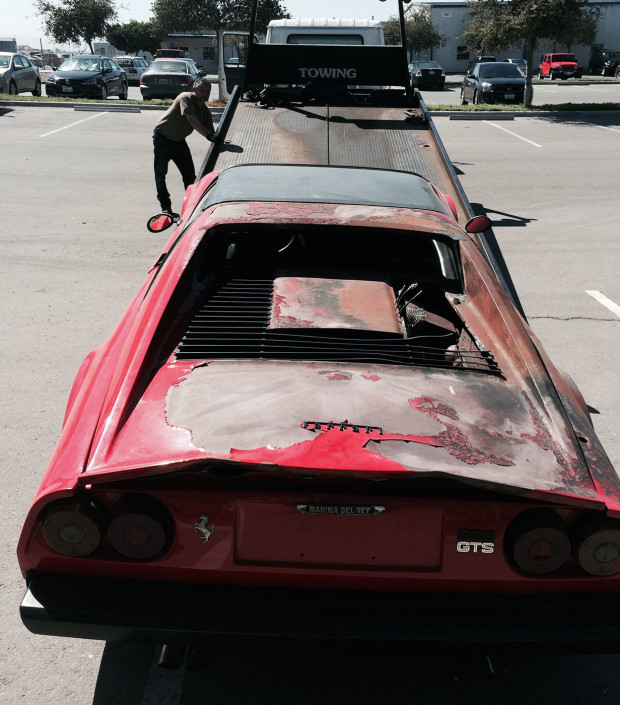 After purchasing the car for $10,000 Eric formed a plan with help from his friend Michael Bream at EV West. Together they came up with a system that would use three electric motors and 48 batteries to produce almost double the horsepower and a lot more torque. 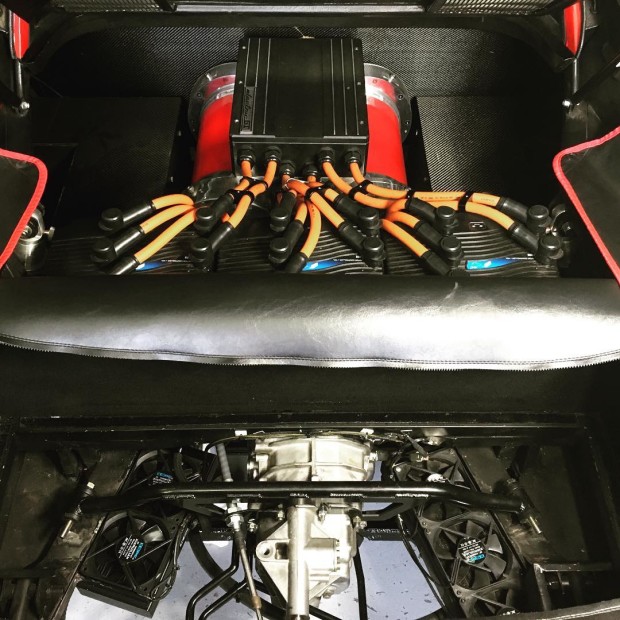 The Ferrari uses three AC-51 HPEVS electric motors arranged in a V formation. They drive a single output shaft through a custom pulley and belt system. Together the engines produce 275 electrical horsepower (465 horsepower from an equivalent gasoline engine) and 330 lb-ft of torque at the shaft. This amount of torque would equal about 3,846 lb-ft at the wheel given a 3.23 1st gear and 3.71 axle ratio. 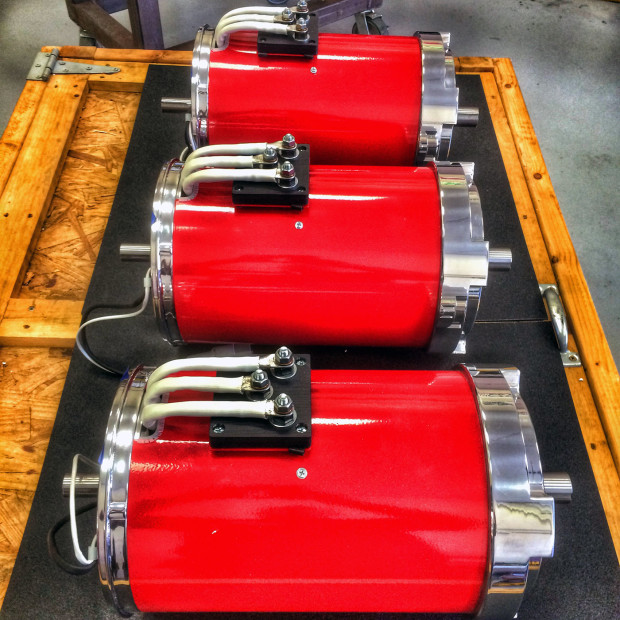 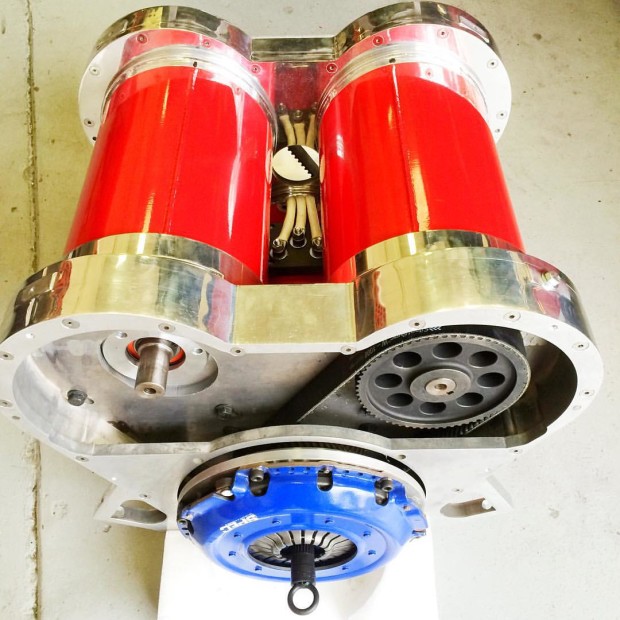 The output shaft is connected to an Aasco Motorsports 8 lb flywheel, SPEC pressure plate, Tilton clutch, and a Porsche G50/2005 transaxle which is mounted in the car upside down. 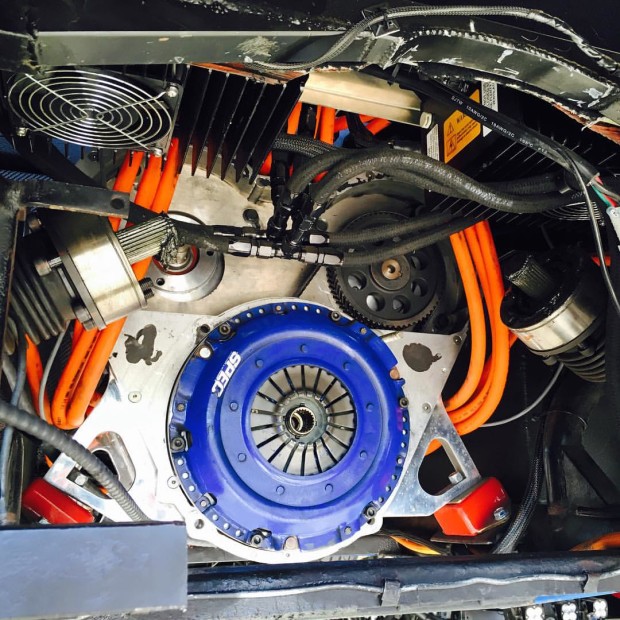 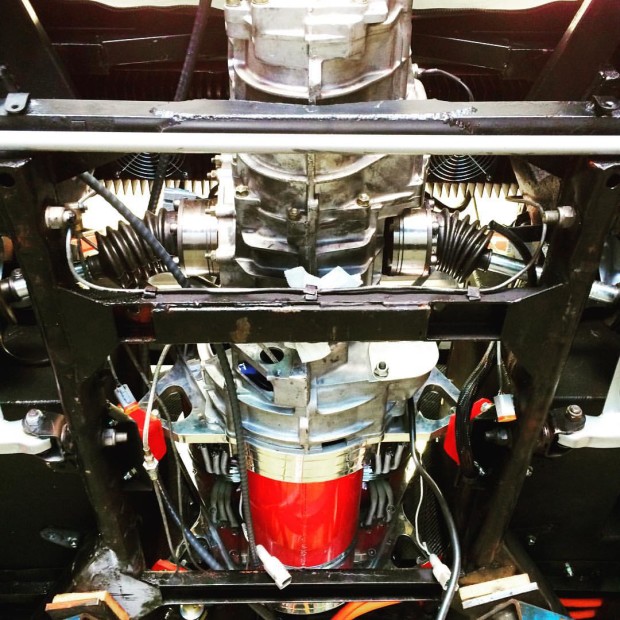 The battery pack is comprised of 48 3.3v Li-ion batteries. There are 24 sitting in the front and two areas in the back each holding 12. Together they are able to produce 31.5 KWhr and give the Ferrari about 100 mile range. 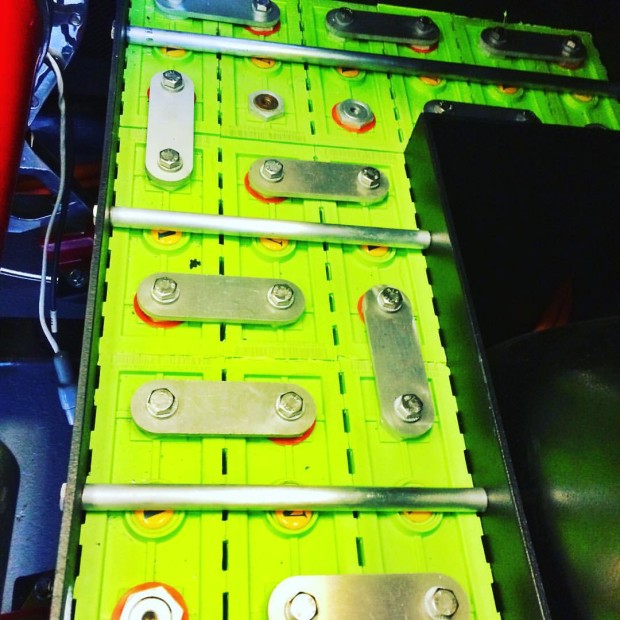 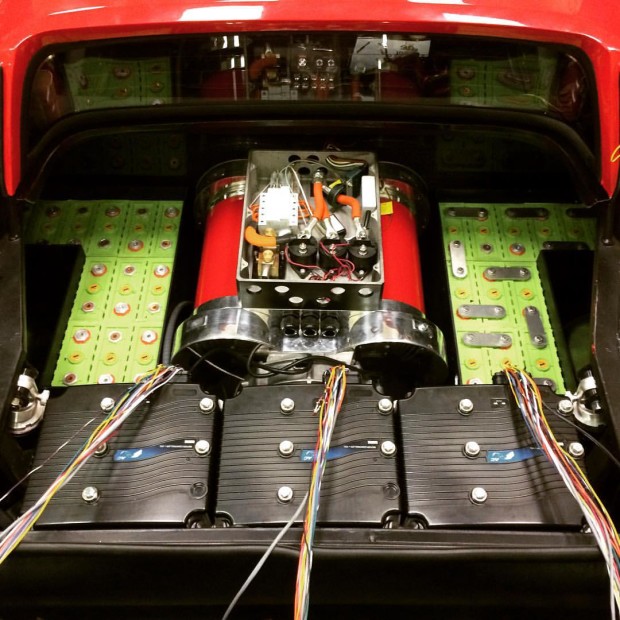 Eric improved performance by putting the Ferrari on a diet. Several components were removed to reduce weight and after the conversion the Ferrari weighed 3,400 lbs or 150 lbs heavier than it did from the factory. 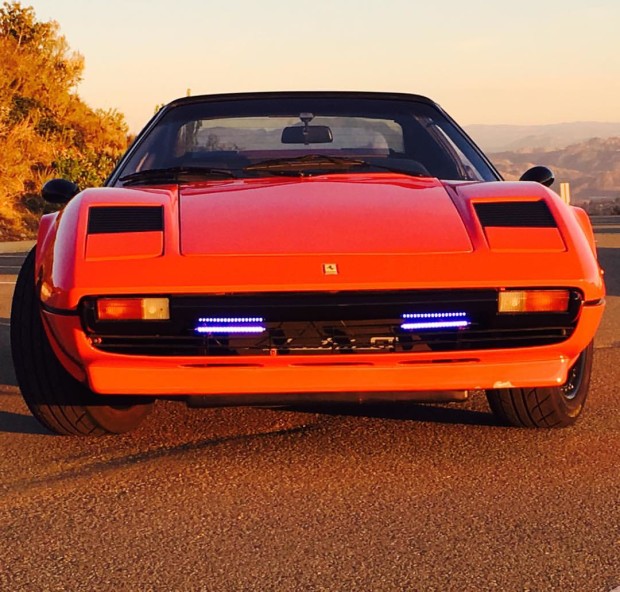 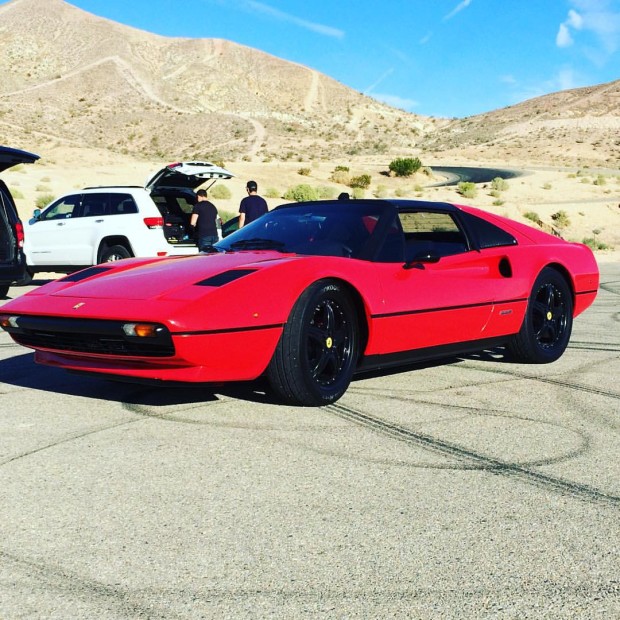 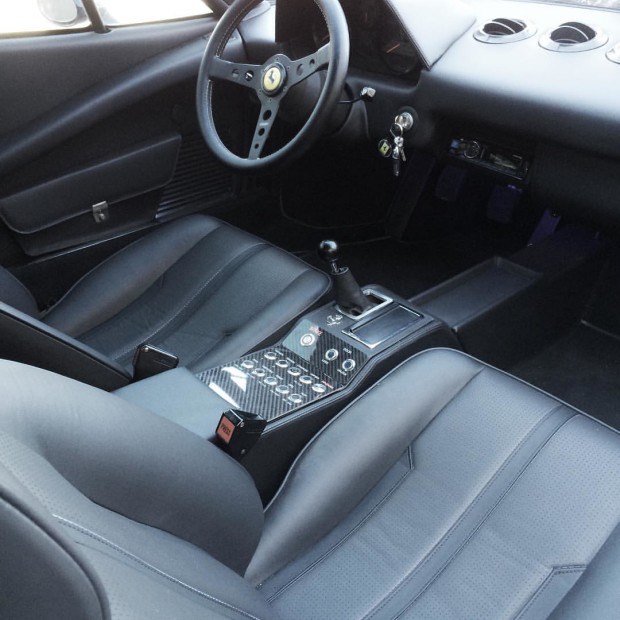 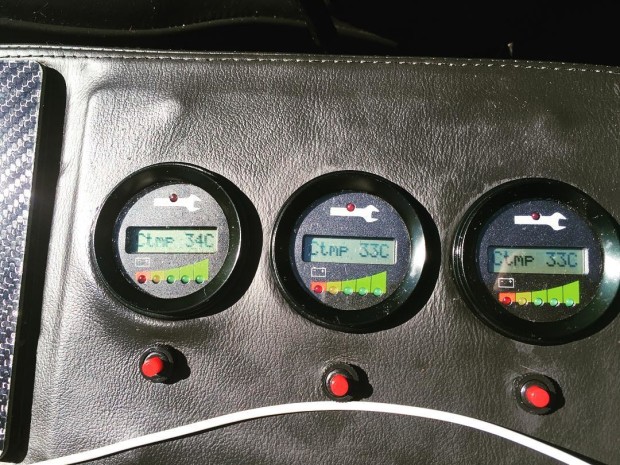 17 thoughts on “The Electric Ferrari”