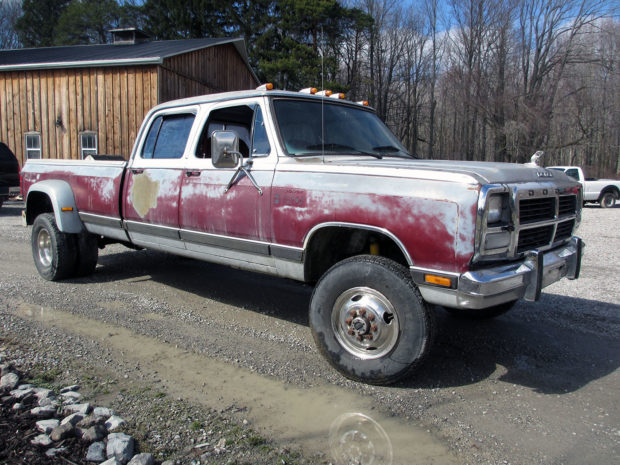 This project started with a 1992 Dodge Ram dually with a regular cab and long bed. The Canadian winters had completely destroyed most of the body so all that was kept was the chassis, 4WD drivetrain, and 5.9 L 12v Cummins inline-six. 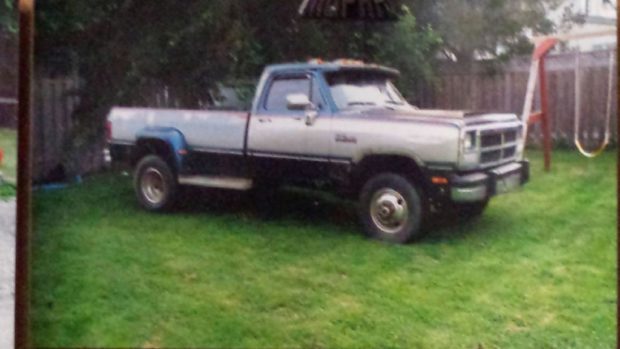 While the owner was searching for a new body Deboss Garage installed new front and rear seals and painted the engine. They also worked on the transfer case mounts. 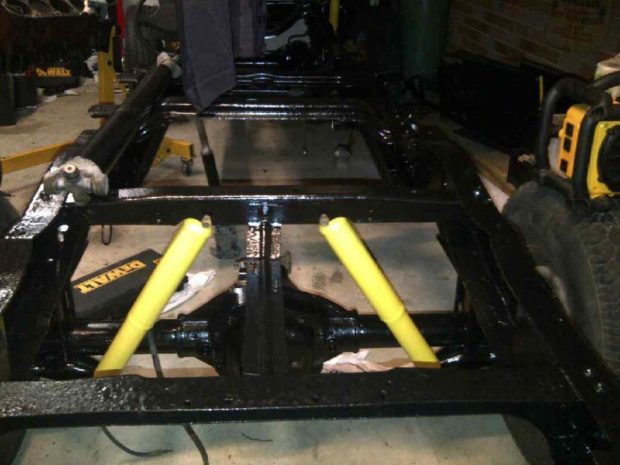 After a year of the project being stalled the owner showed up with a 1985 “Franklin” Dodge Ram W350 dually in very good condition. The body was in such decent shape the only metal repair needed was the driver’s side floorboard under the pedals. The owner liked the design so much that he sent it to Deboss Garage to swap over all the major components from the 1992 Ram. 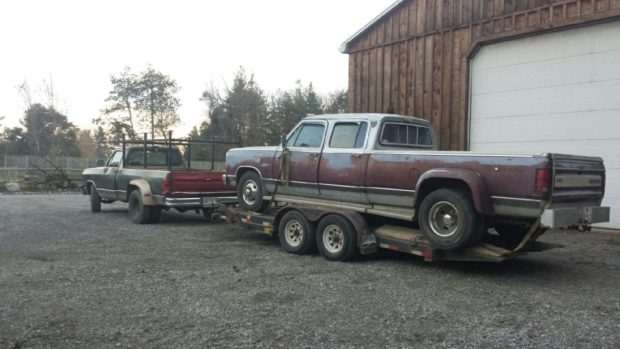 To start Deboss cut the front frame rails off the 1992 Ram and turned them into templates to drill holes for the proper alignment on the 1985 Ram chassis. This would allow the front leaf suspension, steering assembly, front axle, and engine to be swapped over. After converting to the AWD suspension it raised the front of the truck three inches. 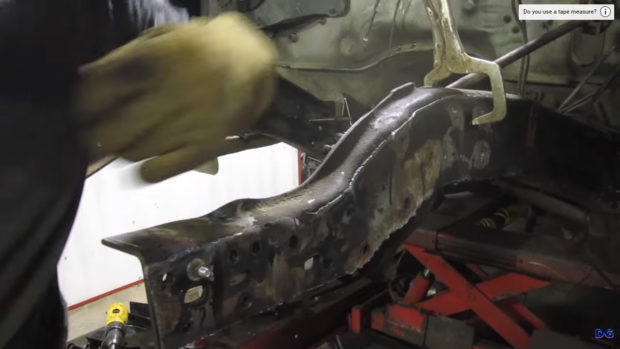 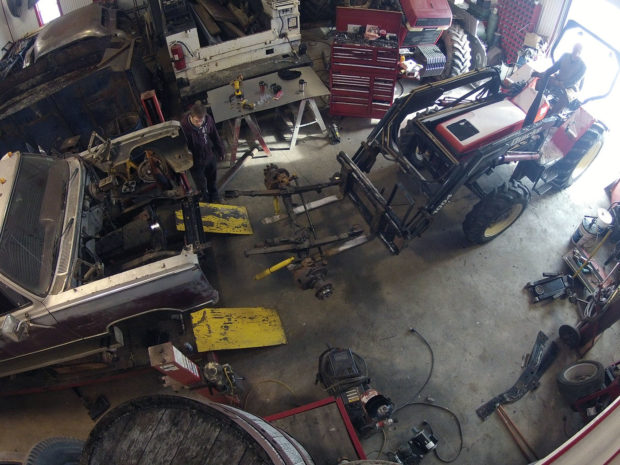 After all the front supports and suspension was installed the 5.9 L 12v Cummins diesel easily went into place. Deboss said this was the quickest part of the build. Behind the engine sits a NV4500 five-speed manual transmission and Dodge transfer case. 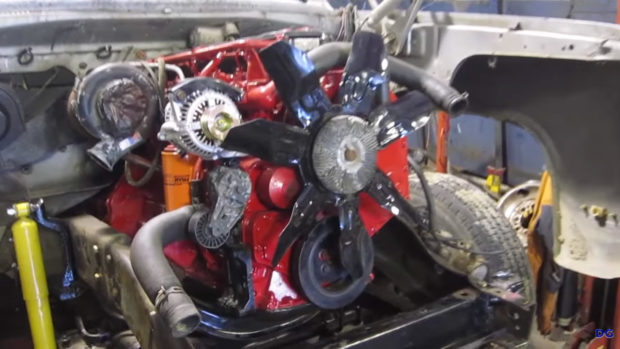 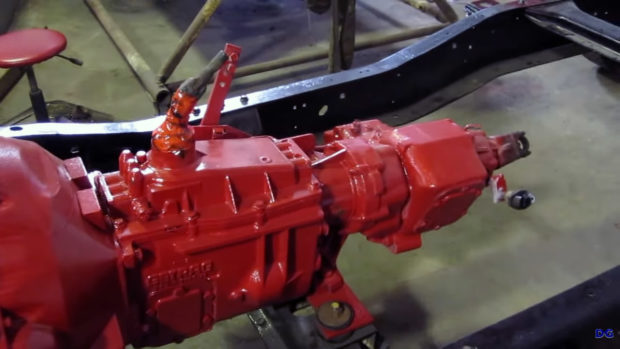 A 1991 Dodge Ram 250 was picked up cheap to source a diesel fuel tank, sending unit, interior pieces and dash, diesel wiring harness, and other small bits. 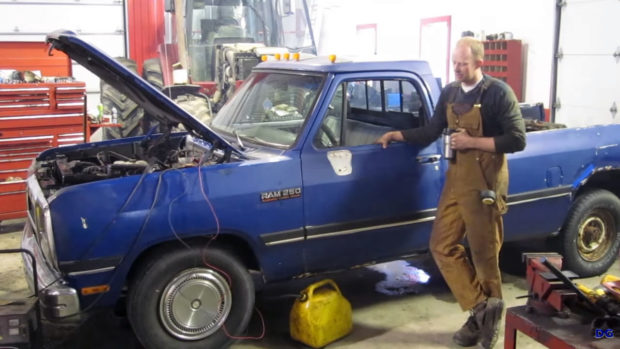 Wiring the truck took the longest of any part of the build. The original 1985 Ram wiring harness had been cut and fixed so many times it was better to rip it out and build a new one. It took everything they had to stay sane while splicing a engine and five-speed harness from a 1992 4WD, transmission harness from a 1991 2WD, and pieces of the 1985 2WD harness all together. 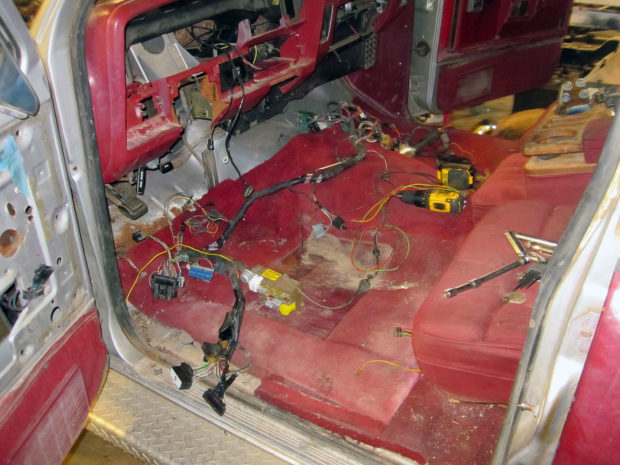 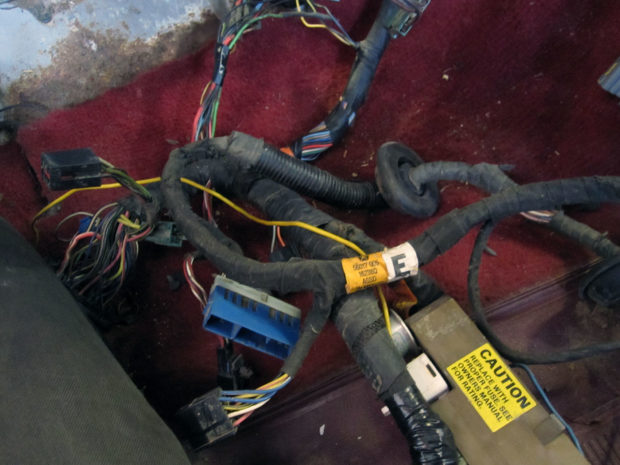 Even though the rear axles were the same Deboss used the 1992 model because it included ABS and had a new paint job. 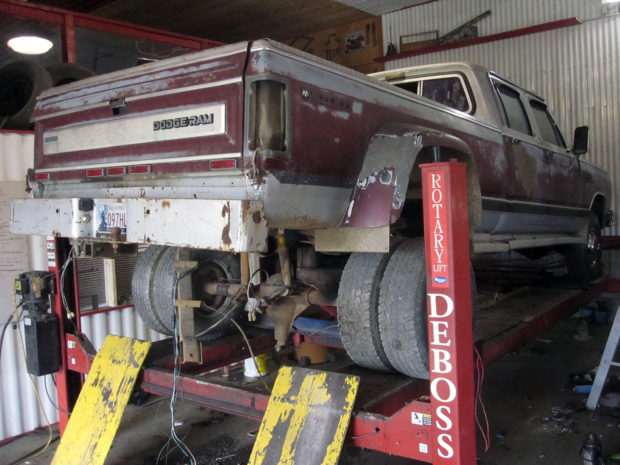 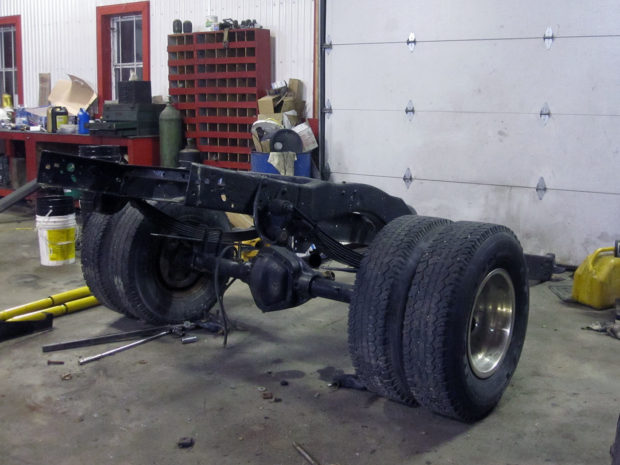 In the end almost everything on this truck was modified and improved. It went from gasoline to diesel, automatic to manual, and 2WD to 4WD. 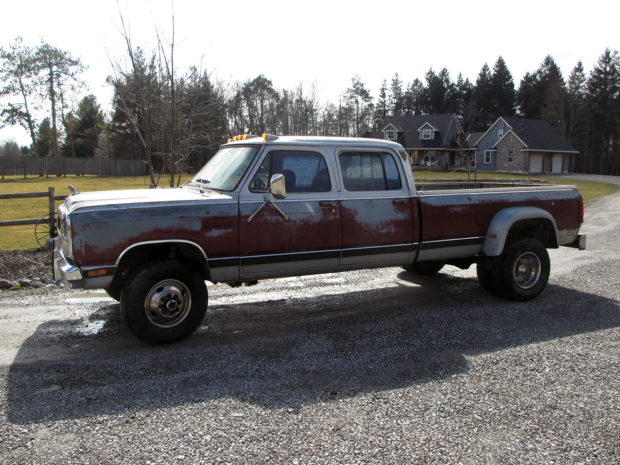 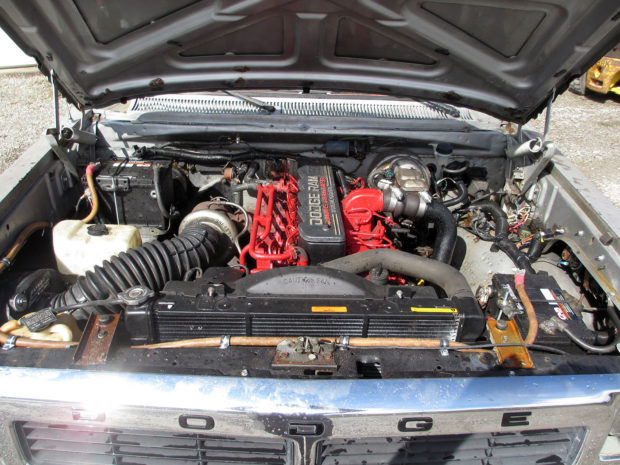 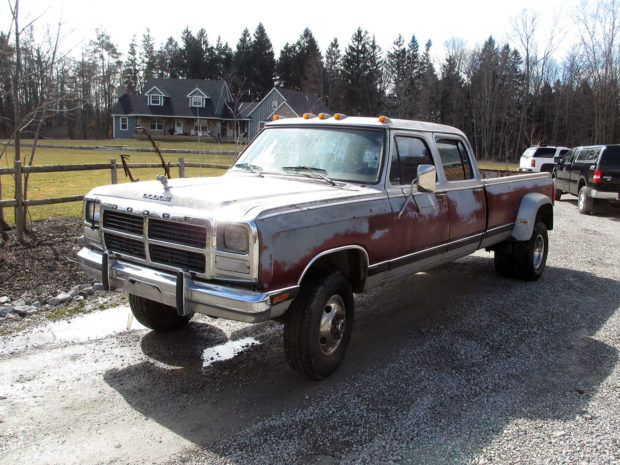 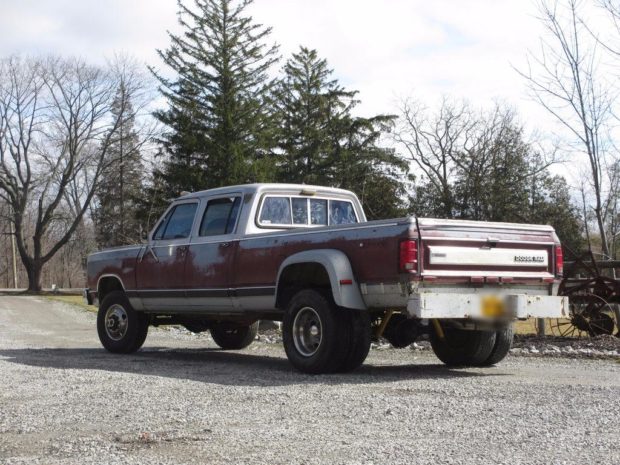 To see all the modifications Deboss performed along with useful tips please view the project’s build videos below.