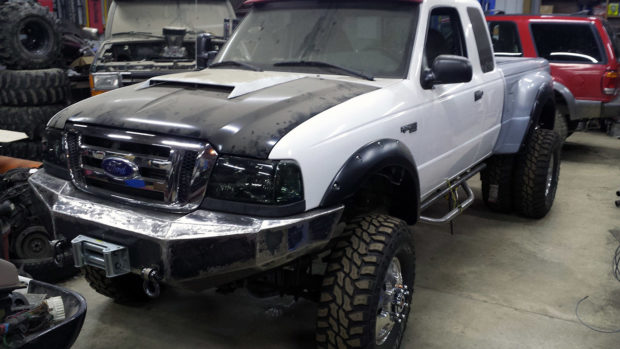 When Zach Jeffers set out to build a truck, he wanted something really different. He had seen Ford Rangers with diesel swaps or with a dually setups but never one that would combine them with a 1-ton drivetrain. 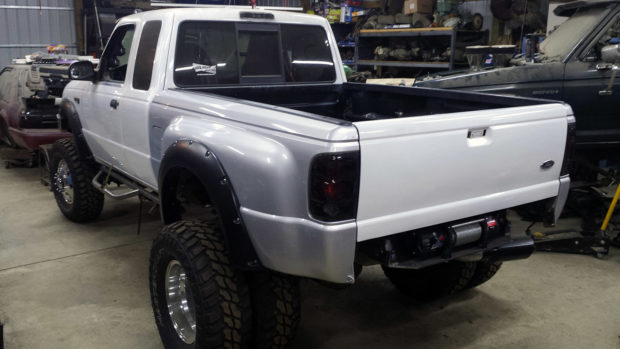 Zach started with a 1994 Ford Ranger frame that he cleaned up and prepared for the list of mods it would need to support. 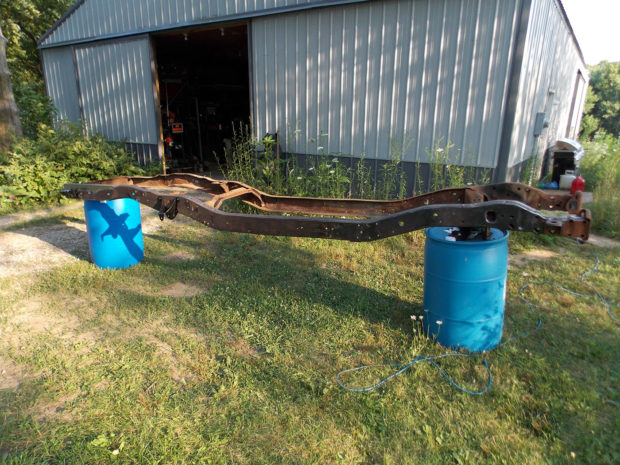 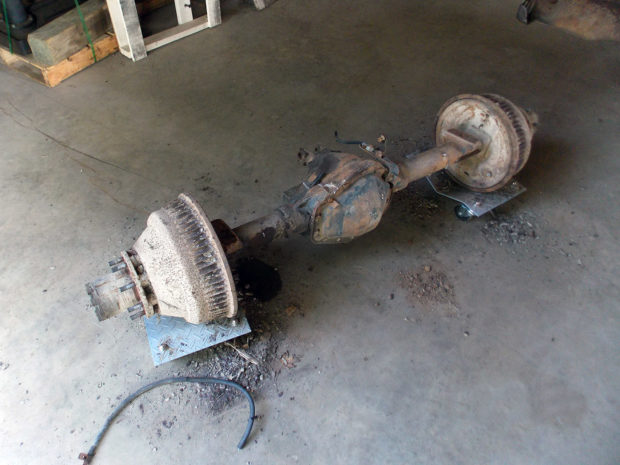 A 3.9 L Cummins 4BT turbo diesel inline-four out of a bread truck was selected to power the Ranger. Zach mated a Ford ZF5 five-speed manual transmission from a Ford 1-ton truck to the engine. 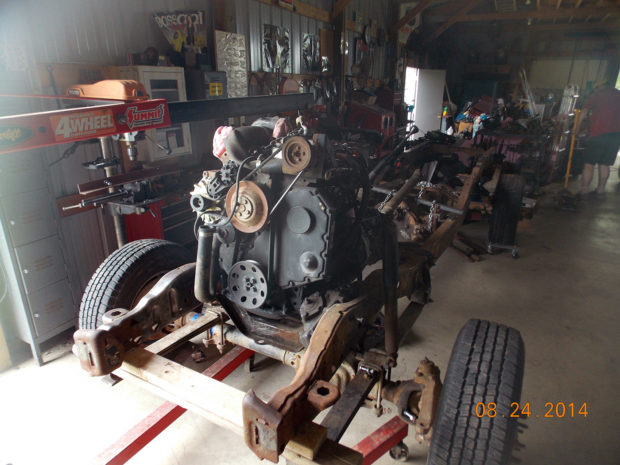 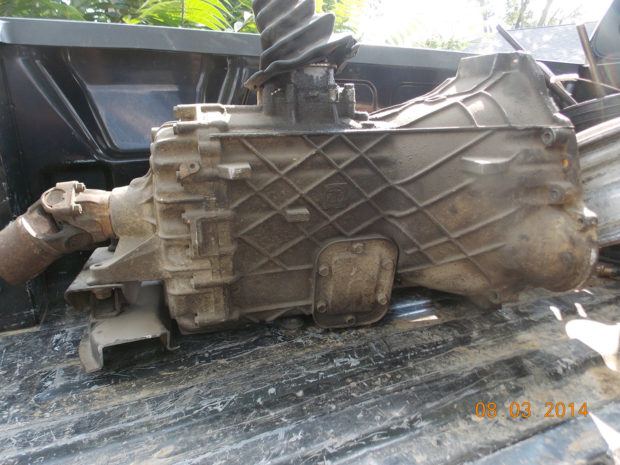 Zach installed the engine using stock rubber 3.0 L V6 mounts and bolted them to custom built engine plates. The transmission was installed using a 1984 Bronco II crossmember. This particular crossmember was used because it has a unique shape that was only produced by Ford for one year. That unqiue shape allowed it to clear the 4″ exhaust and front drive shaft since the NP205 transfer case sat so far back. 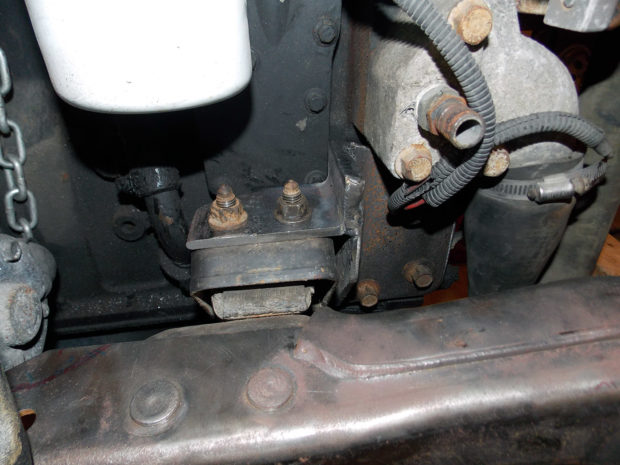 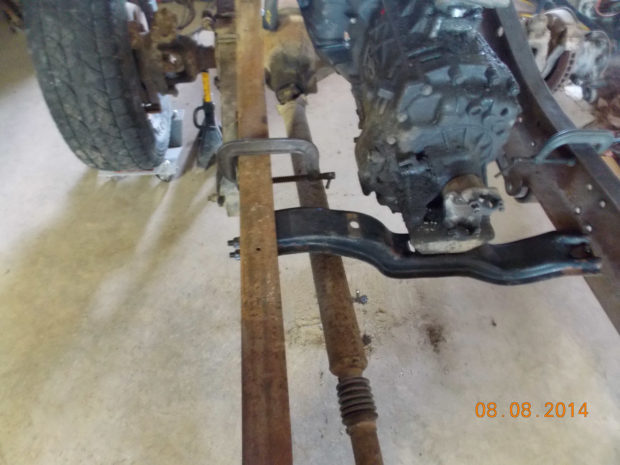 Although the engine runs a factory H1 turbocharger, Zach also installed a HY35 turbocharger for a compound setup. He estimates it makes low to mid-200 horsepower range. 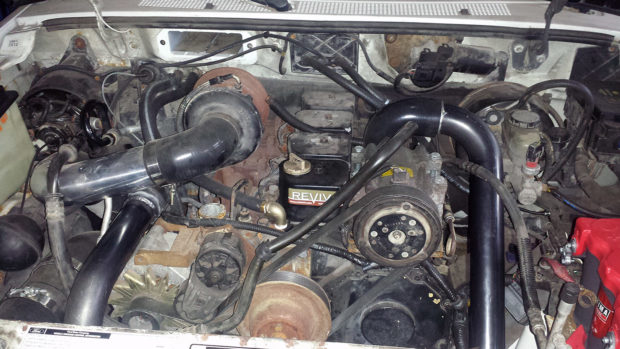 Zach did not leave all the modifications to the powertrain. A 2001 Ranger body with a fleetside bed was placed on the chassis. He then modified the body by installing a 2011 Ranger front clip and stepside bed panels with the steps removed. 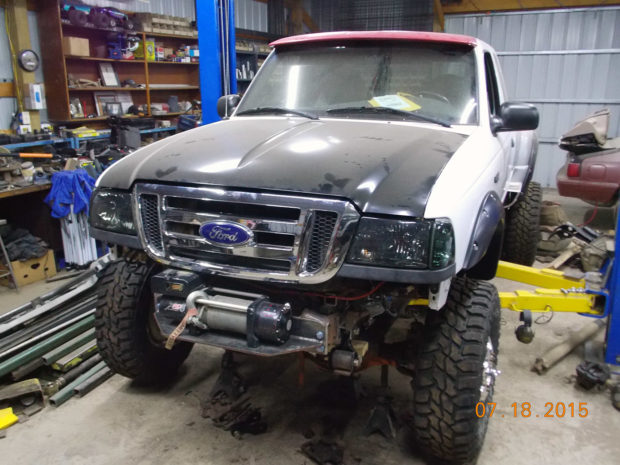 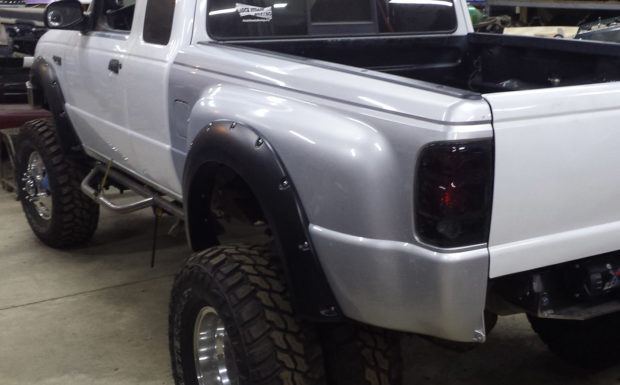 In case the truck ever finds someone or itself in trouble, a 9,500 lb winch up front and a 8,000 lb winch in the rear will be there to help. Covering those winches will be custom front and rear bumpers built by Zach. 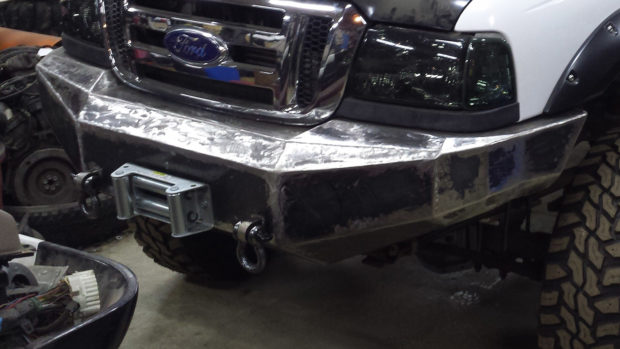 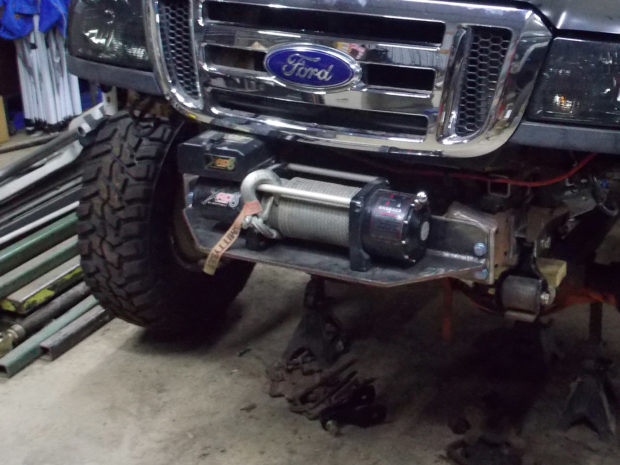 There are a few things still left to such as install larger injectors, change the fuel pin and governor spring in the fuel pump, replacing the factory head bolts with studs and finishing the custom bumpers. After that the truck will be completely dissembled for body and paint work. I can’t wait to see it finished. With a lot of work and determination Zach has built one of the wildest Rangers I have ever seen.