StreetFX has spent the past four years building their Toyota 86 into a monster. It started in 2012 when they purchased a new 86 for mild track and street use. With each modification the car got faster and more powerful. However recently they decided to completely overhaul the 86 with a powertrain that has the potential to make 1000+ horsepower. 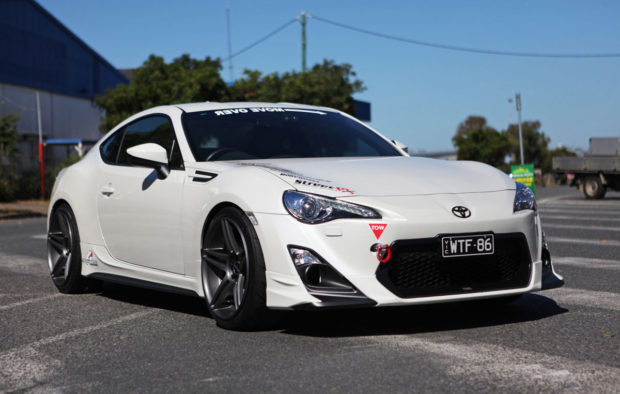 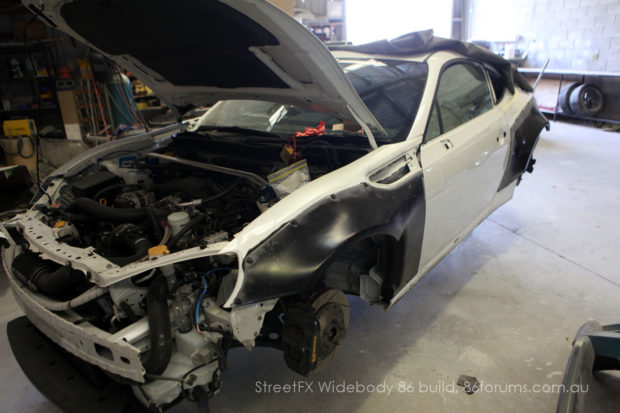 The 2.0 L 4U-GSE flat-four went through several iterations starting with a AVO turbo kit, then a Forged Performance turbo kit and finally to a twin-charged (turbo and supercharger) system. The engine was plagued with various issues such as direct injection and head gasket failures. Pushing the boost past 21 psi was not producing more power and the most they achieved was 545 horsepower to the wheels on E85 fuel. 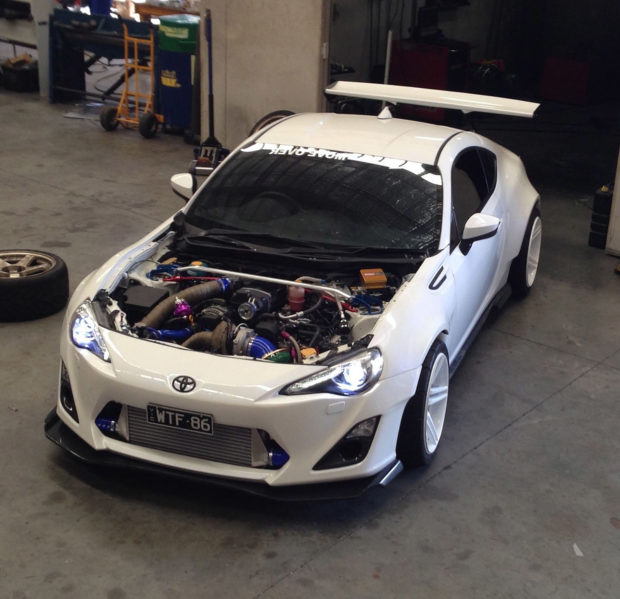 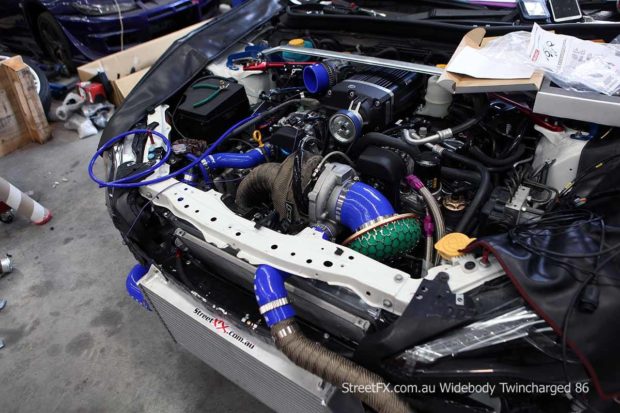 To produce more power StreetFX turned to Tim and Dave from GT Auto Garage in Slacks Creek, Australia. The solution was to swap a 3.8 L VR38DETT from a Nissan R35 into the little 86. But 600 horsepower still was not enough so they decided to add a HKS 4.1 L stroker kit and a HKS GT1000 symmetrical twin-turbo kit using two HKS GT2-7867 turbochargers. 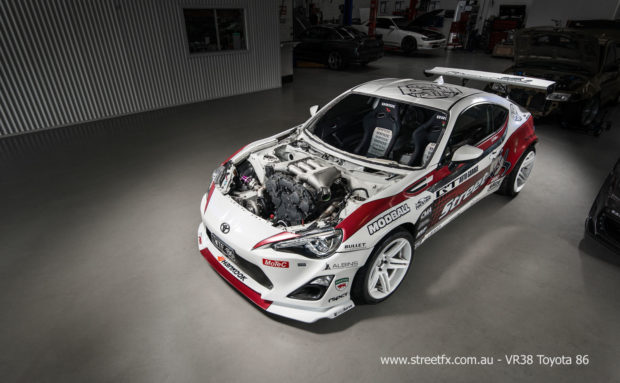 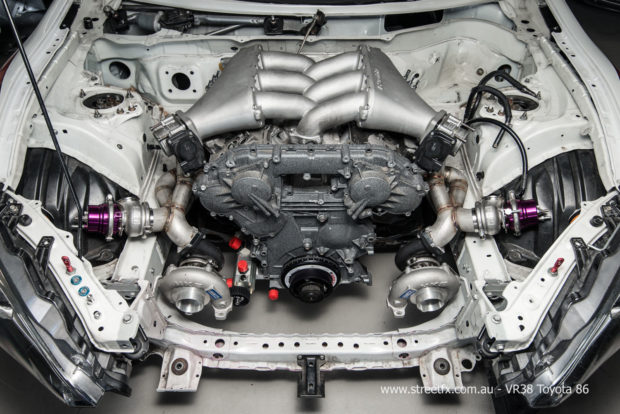 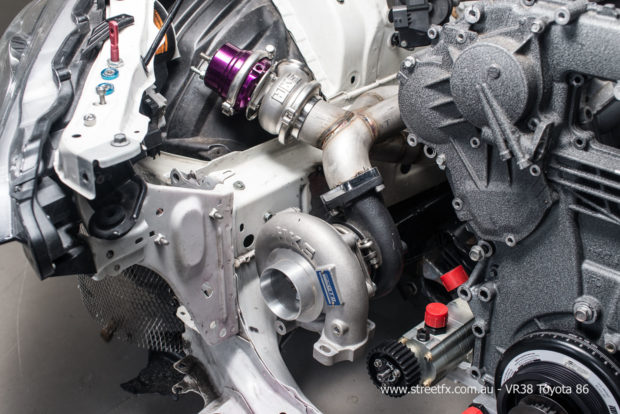 One of the first issues they ran into was the height of the VR38 engine. It was almost three times taller than the FA20 engine. The solution was to use a Dailey Engineering kit to switch the engine to a dry sump oiling system and convert it to RWD by removing the front differential. This reduced the height by six inches. 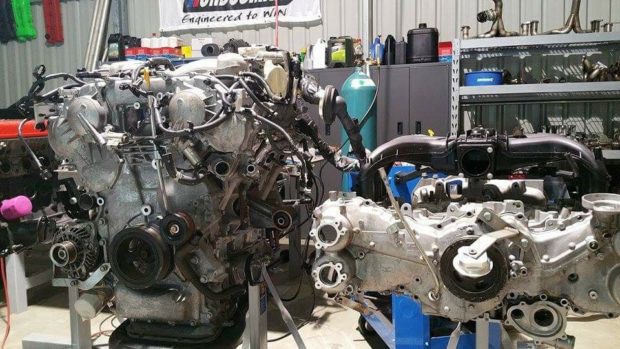 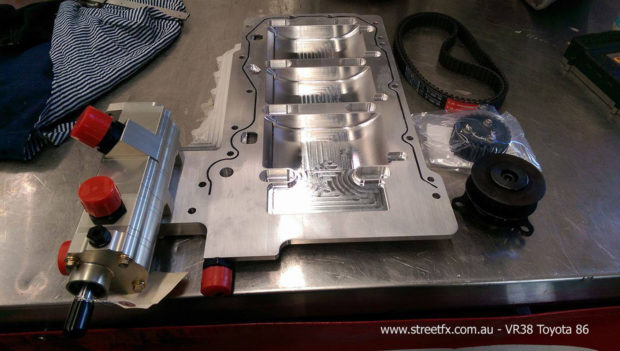 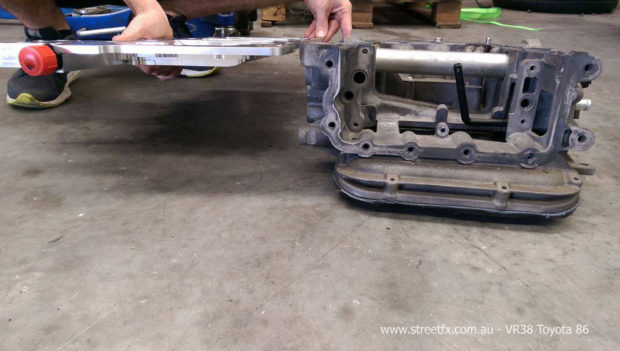 The next issue was figuring out a transmission to use. StreetFX was planning this project around the same time as Motive DVD’s Project Erubisu R34. So StreetFX was able to get Andrew Hawkins from Motive DVD to order two Albins six-speed sequential transmissions. The transmission will be controlled by a Motec air-powered paddle shifter kit. This will produce very quick rev matched shifts. 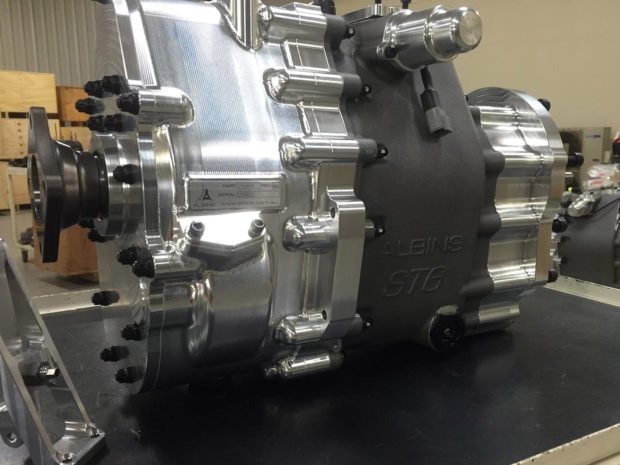 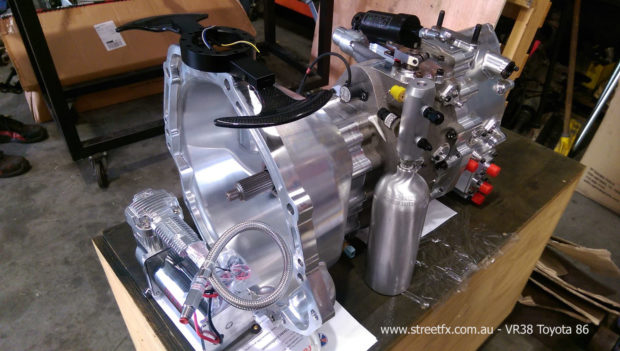 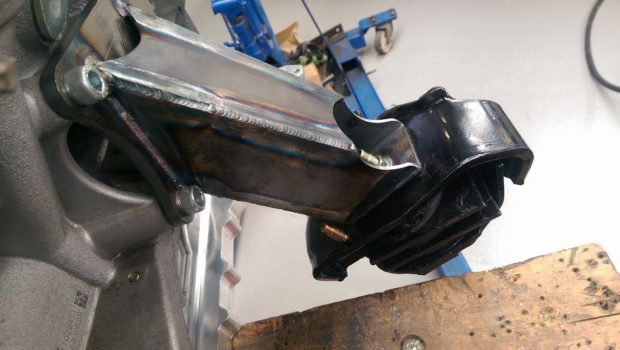 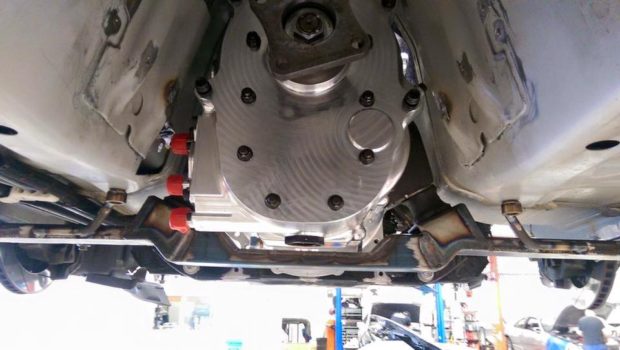 The engine in these photos is a spare used only for fitment. The real one is being built with the HKS 4.1 L stroker kit by JHH Engineering. A new block had to be sourced from Nissan because these engines come with plasma-sprayed cylinder liner bores. This means the engine can not be honed or machined internally. The goal for the engine will be 1,000+ horsepower to the wheels running on E85 fuel. 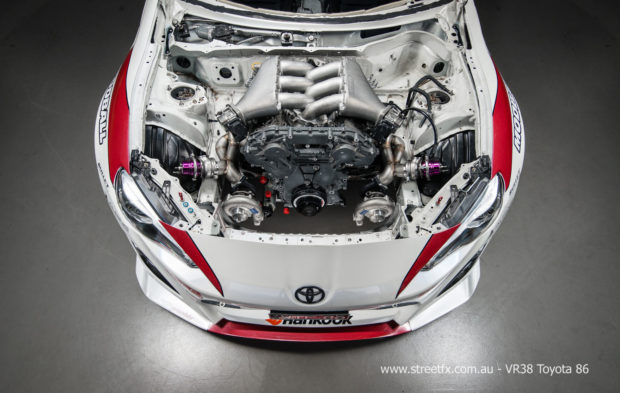 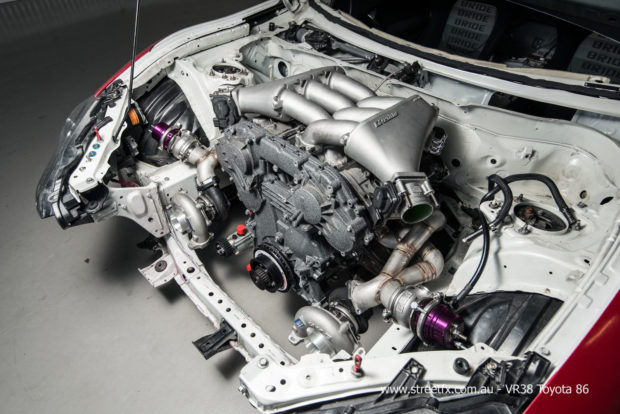 With most of the powertrain sorted the only thing left was the rear end. StreetFX decided to use a Ford 8.8″ Mustang differential with 4.11 gears. It will be installed using a Full Blown Motorsports conversion kit. When completed the 86 will still retain a full interior, stereo and include an aftermarket AC system from RenCool. It will be used for a combination of time attack, roll racing, and street. 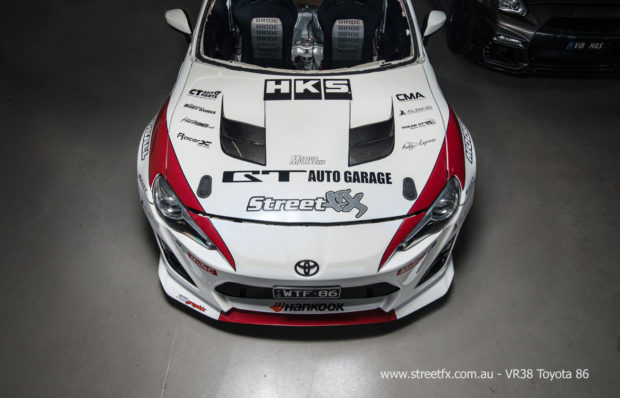