RWD Chevy Cobalt with a LS2 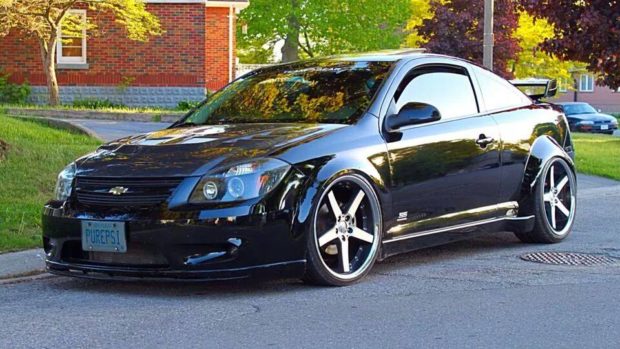 Steven Hanes has owned this 2007 Cobalt SS since he drove it off the lot new. Over the years he has modified many aspects of the car including swapping the supercharger for a turbo. However in 2012 Steven decided to turn the Cobalt into a RWD monster. 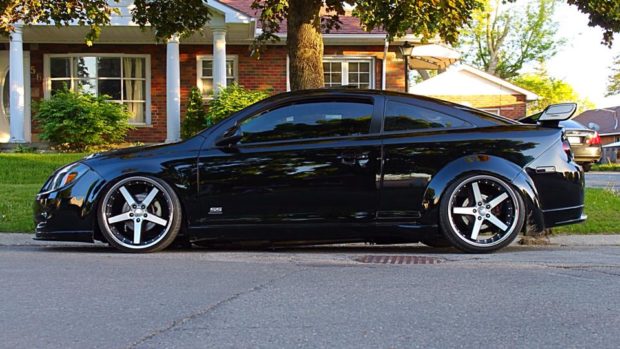 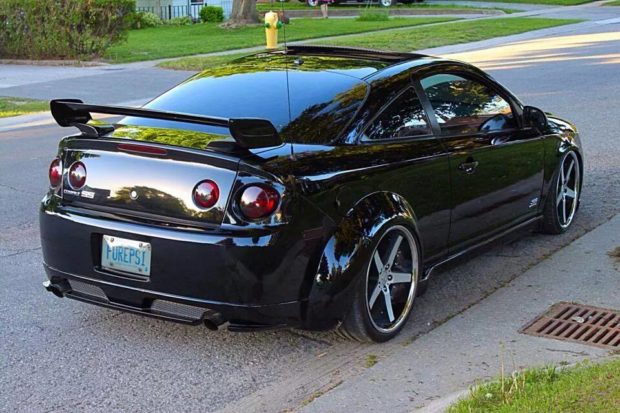 The new project was given the name Gobalt SS6.0 because it was going to use every major component from a 2005 Pontiac GTO. This means the engine, transmission, wiring harness, driveshaft, rear end, fuel system, dash, and even the seats. 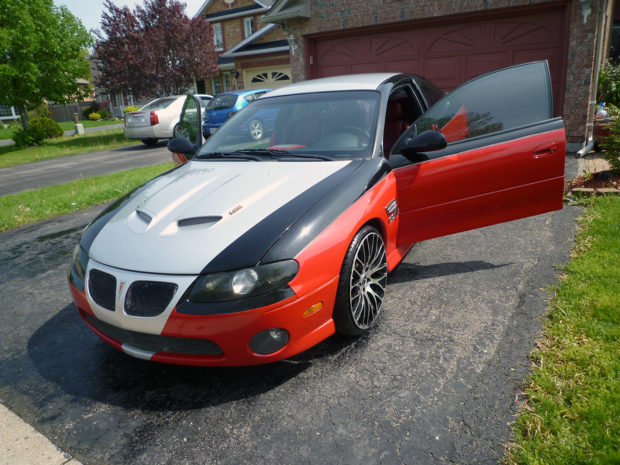 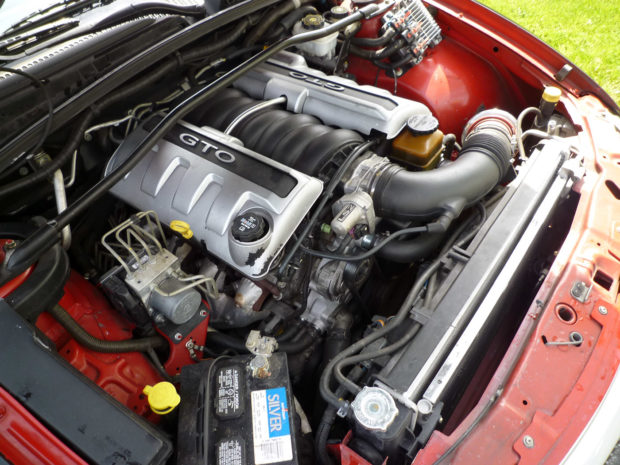 The first step to installing the 6.0 L LS2 V8 and T-56 six-speed manual transmission to remove the factory engine cradle and all steering components from the Cobalt. Then the car was lowered slowly over the engine and transmission to see how it would fit and what metal had to removed. 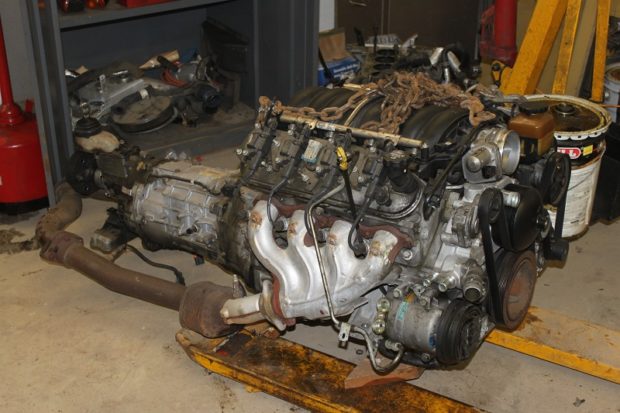 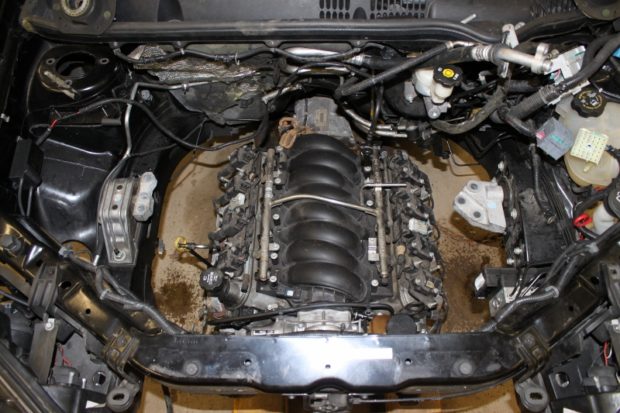 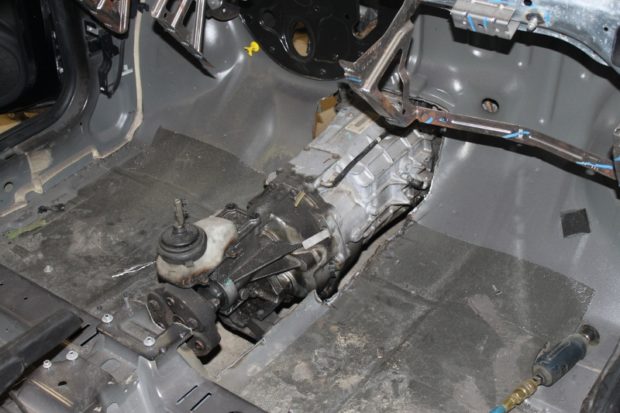 Since the Cobalt was being converted to RWD the floorboard was cut and a new transmission and driveshaft tunnel was fabricated. 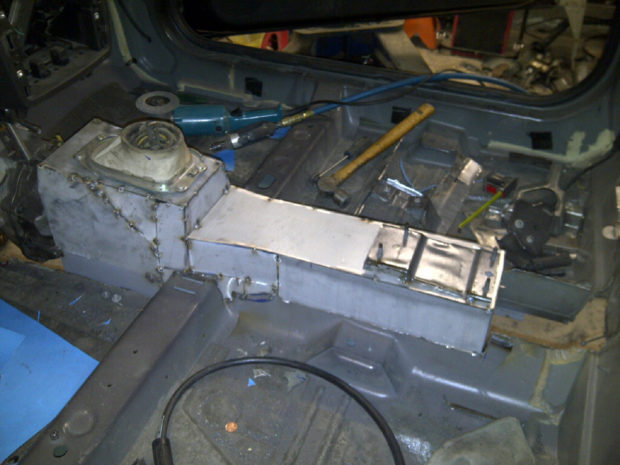 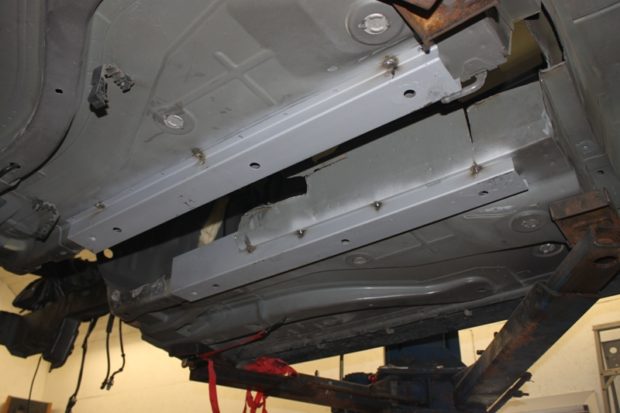 Except for a pair of Corvette headers Steven kept the LS2 factory. The engine’s 400 horsepower (300 kW) and 400 lb-ft (542 N·m) of torque is twice as much power than the factory inline-four made. 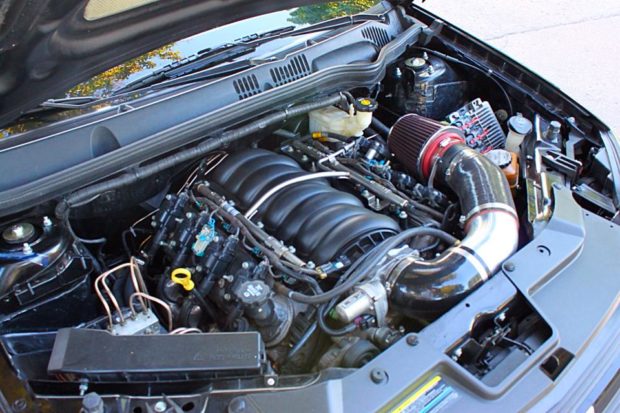 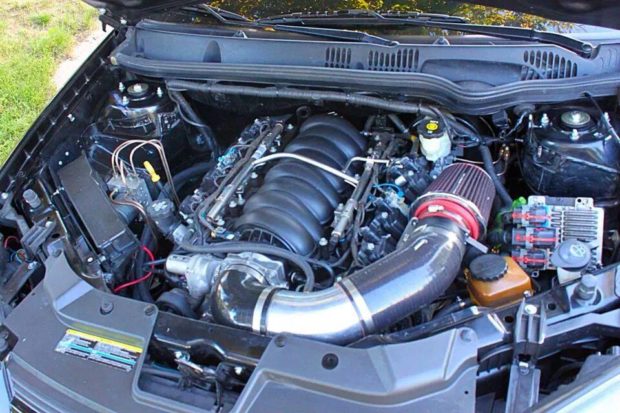 The IRS and rear end were installed using a lot of measurements off the GTO and custom control arm mounts. Steven used CAD to design the mounts and a cross support for the rear end. 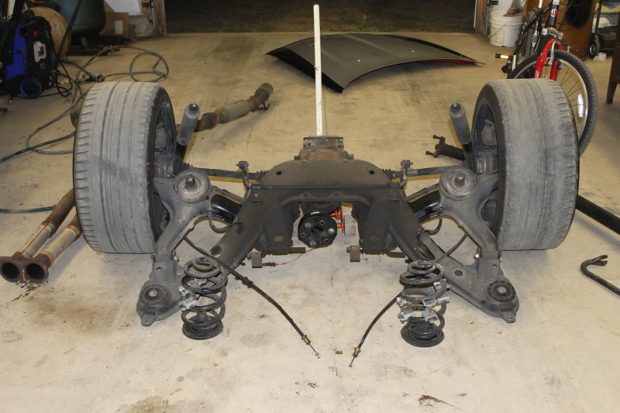 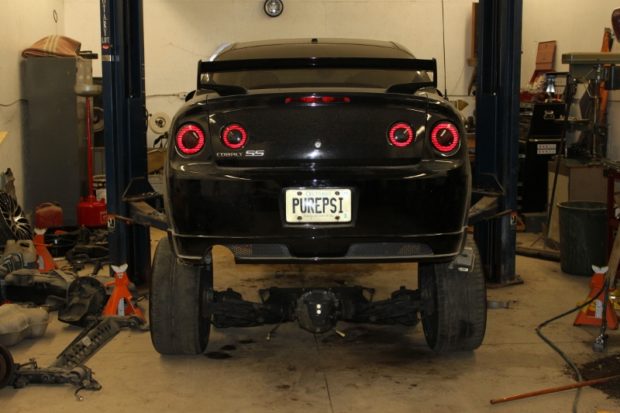 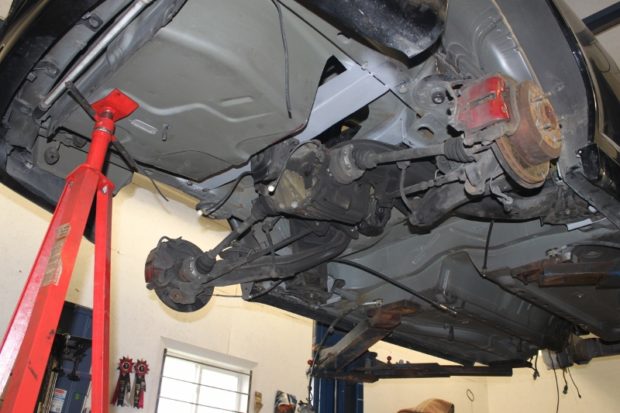 As you can see from the photos above the GTO’s track and wheels were much wider than the Cobalt. This was solved with thinner tires and expanding the wheel arches. 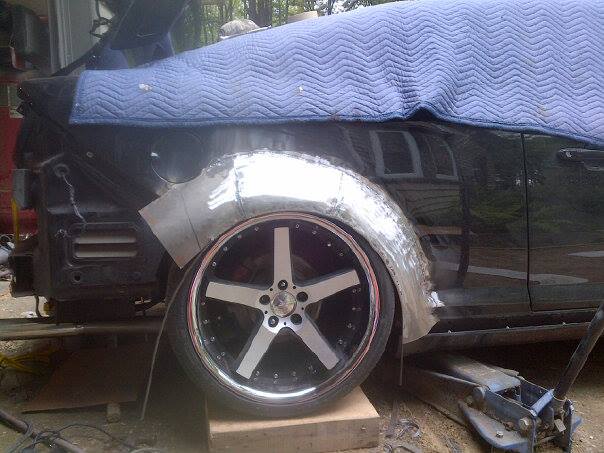 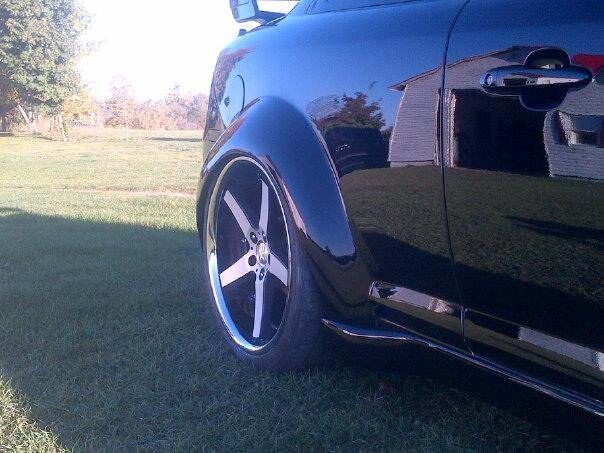 With over 800 hours of work invested, the project is a labor of love. Through a lot of effort and talent Steven owns one of the most unique Cobalts on earth. 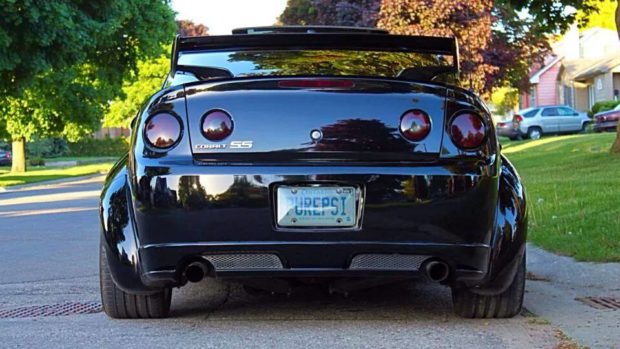 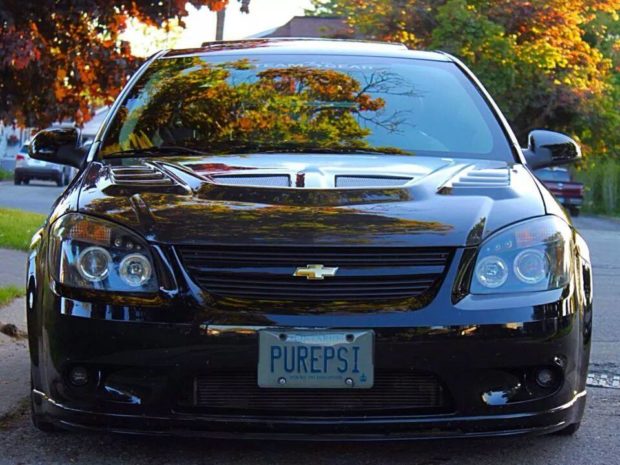 7 thoughts on “RWD Chevy Cobalt with a LS2”