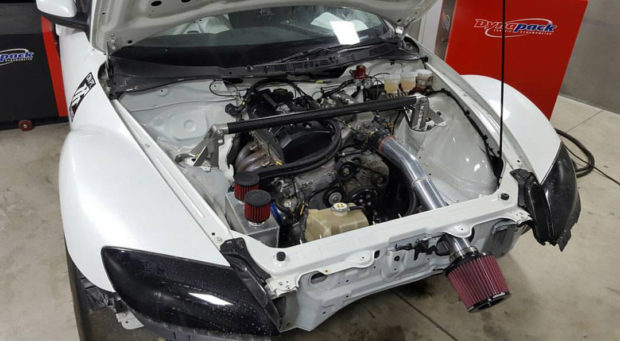 Steve Bortolotti is building a Mazda RX-8 for time attack racing. Part of the build was switching from a Mazda rotary to a 2.0 L Honda F20C inline-four. So Steve sent the car to Cyrious Garageworks in Ontario to install the Honda motor. 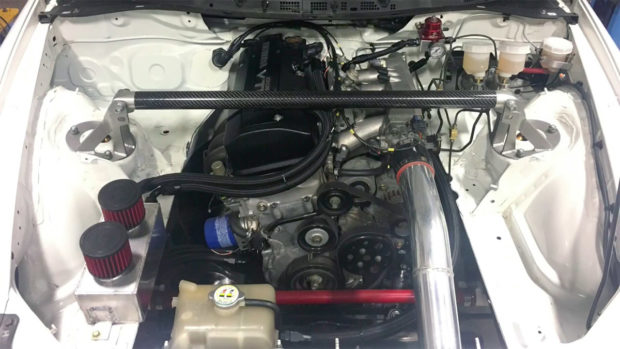 To install the engine they had to make custom mounts and notch the firewall. They also had to remove the middle of the crossmember and replaced it with some tubing. Steve wanted to switch from the factory electric rack to a manual rack so Cyrious Garageworks installed a Mazda Miata manual steering rack. 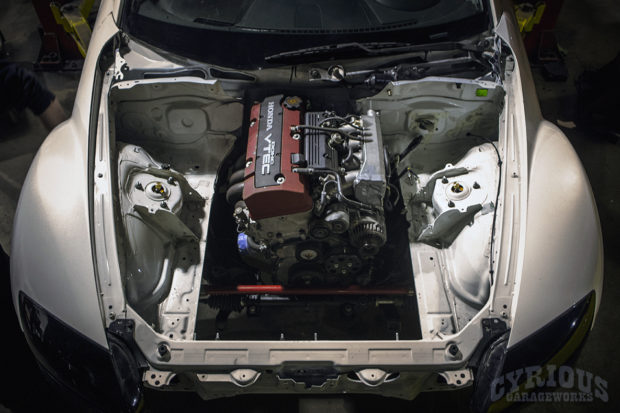 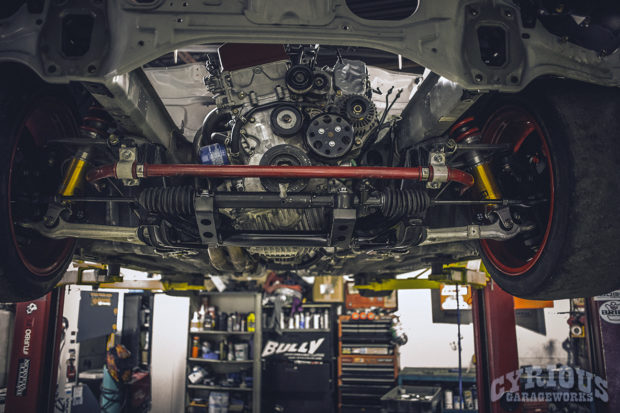 Steve then took the car back to finish the swap himself before sending it off to OnPoint Dyno for engine tuning. There the RX-8 made 212.9 horsepower to the rear wheels. The engine is stock running off a Motec M84 ECU. Future plans include installing a turbocharger. 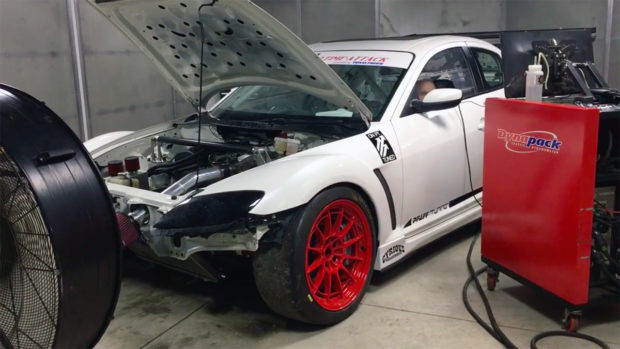