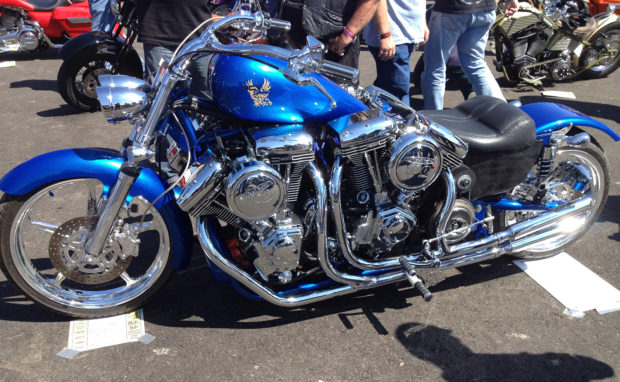 Gordon Tronson loves building projects with multiple engines. We have written about his 1927 Model T with two V8s and his 1962 Ford Econoline with four supercharged V8s. Well Gordon also decided he needed to make a motorcycle with multiple engines. He started with a custom frame to which he installed four 100 ci RevTech V-Twin engines which produce 100 horsepower a piece giving the motorcycle 400 horsepower total. The left side motors had to be completely rebuilt to run in the opposite direction. All four engine are connected to a six-speed transmission that was made with custom 8 mm pulleys and a Gates Poly Chain carbon belt.