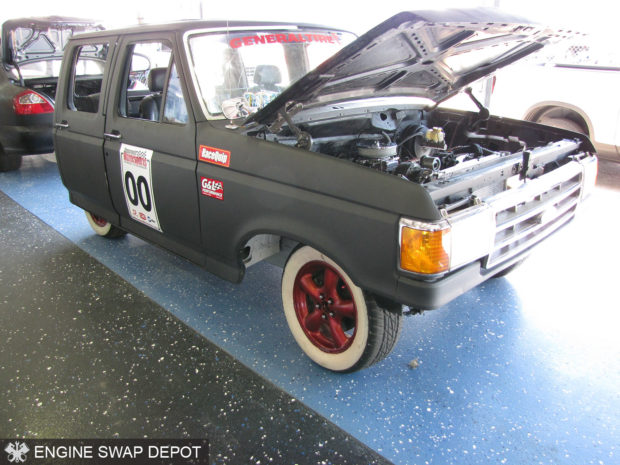 Chris Bryant and Mitchell Dodd brought a very unique race car to the Grassroots Motorsports $2016 Challenge. Their original plan was to bring the truck to the $2015 Challenge but the project involved more than they had anticipated so it took an extra year of development. 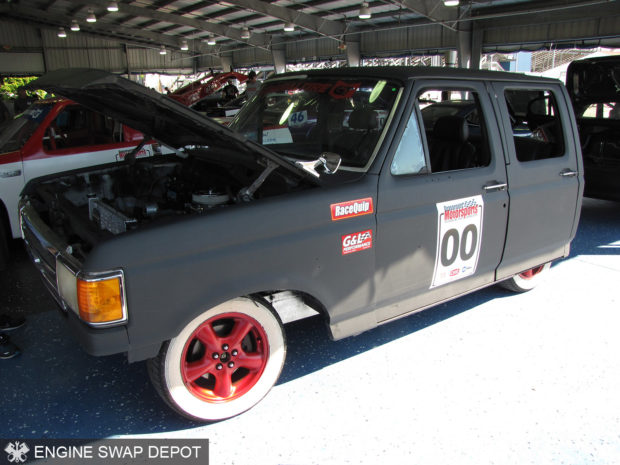 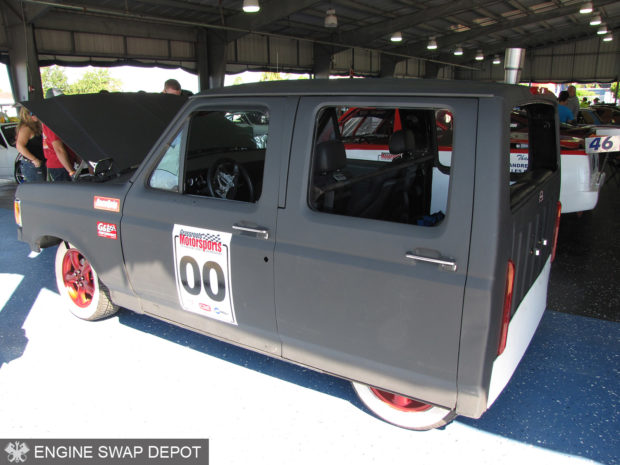 The team called Procrastination Performance started with a 1994 F-350 Crew Cab and a 1992 front clip. As you can see there is no need for a bed on this race car. Under the body the guys installed the full suspension from a Subaru Forester. This included the front and rear subframes, rack and pinion steering, and MacPherson front and rear independent suspension. 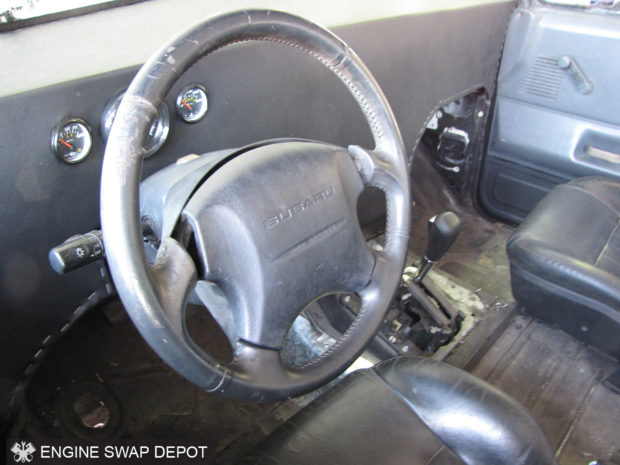 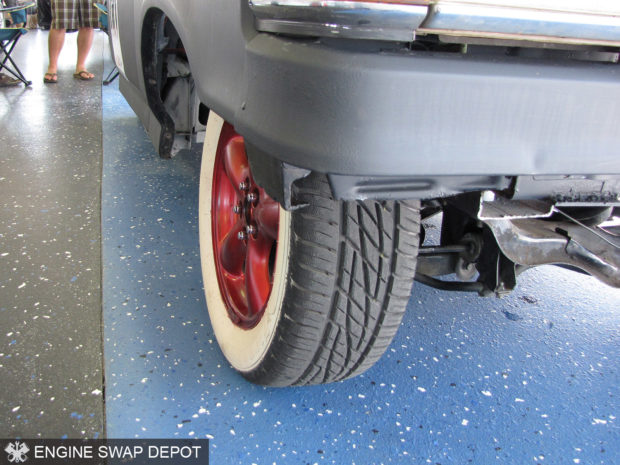 Powering the wild custom is a Chevy 350 ci V8 pulled from a 1979 Corvette. The previous owner upgraded the engine with a mild camshaft and the team added an aftermarket carburetor. The team estimates the engine is producing around 400 horsepower. 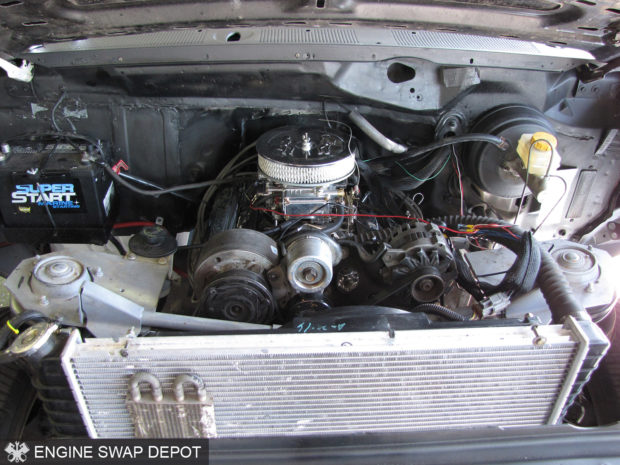 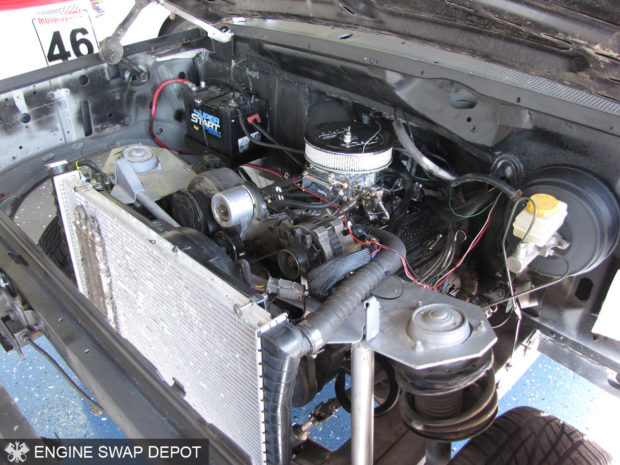 The rest of the powertrain consists of a 700R4 four-speed automatic connected to a Subaru Forester rear end. The front Subaru differential was removed and the system modified to roll freely. 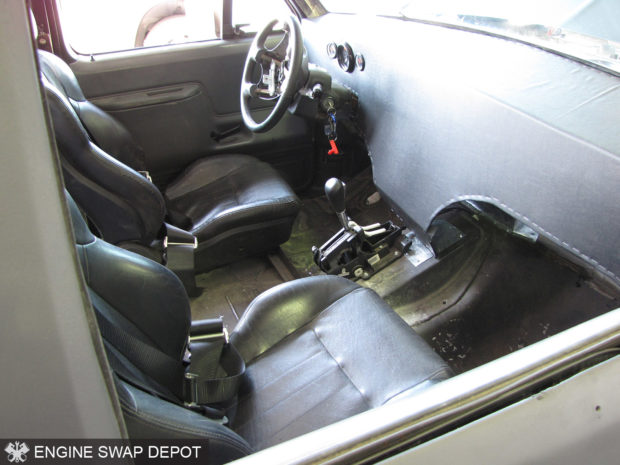 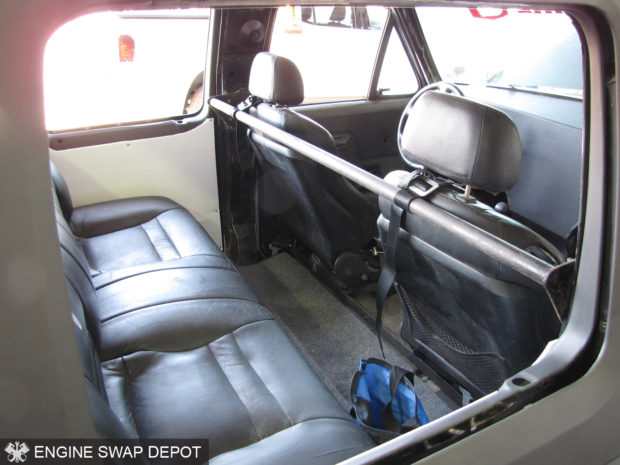 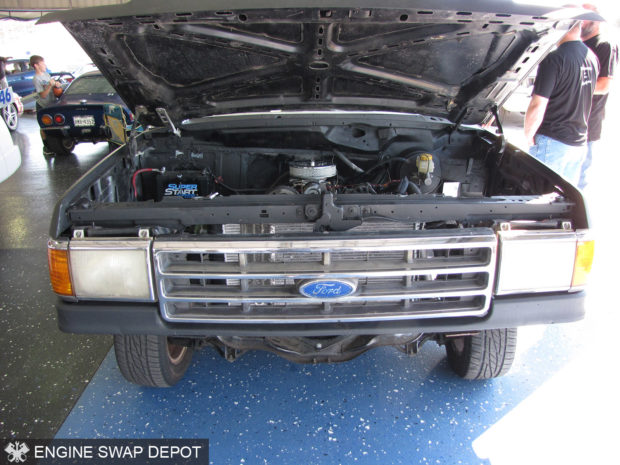