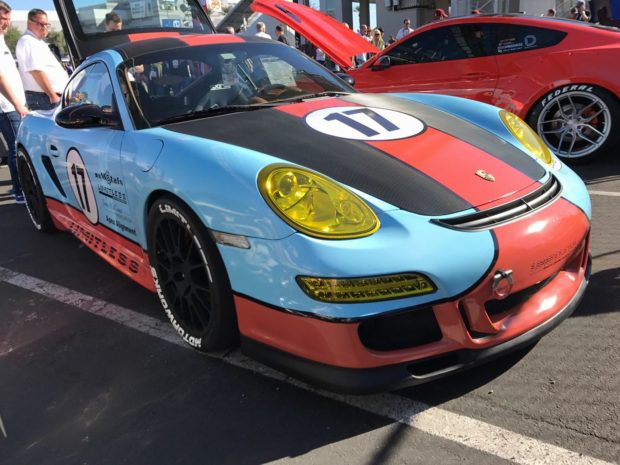 Yu Fang enjoyed taking his 2006 Porsche Cayman to the track until he damaged the flat-six engine on one of those track days. When he took the car to Limitless Motorsports in Miami, Florida for a replacement engine was going to cost $15K. 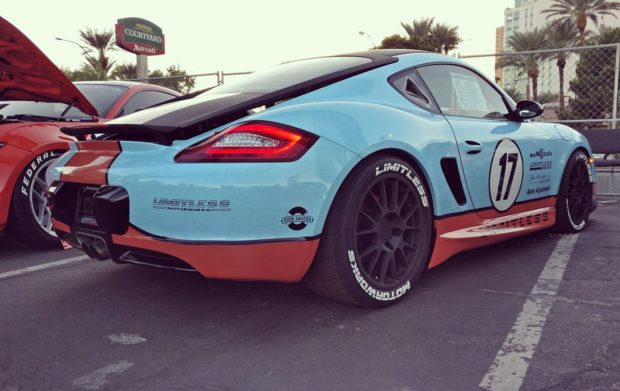 While looking for other engine options a friend with a LS3 powered BMW E36 M3 suggested a LSx V8. Yu considered it but after some research determined a 5.0 L Aluminator (Coyote) V8 would be better suited for track days. 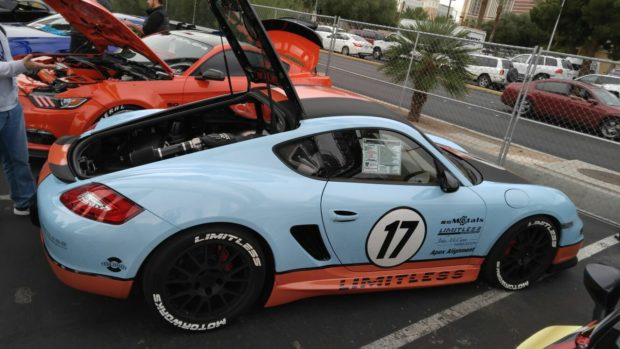 With the engine decision finalized he took the Cayman to John McCann Fabrication to have custom motor and transmission mounts, custom long tube headers, and a new firewall built. 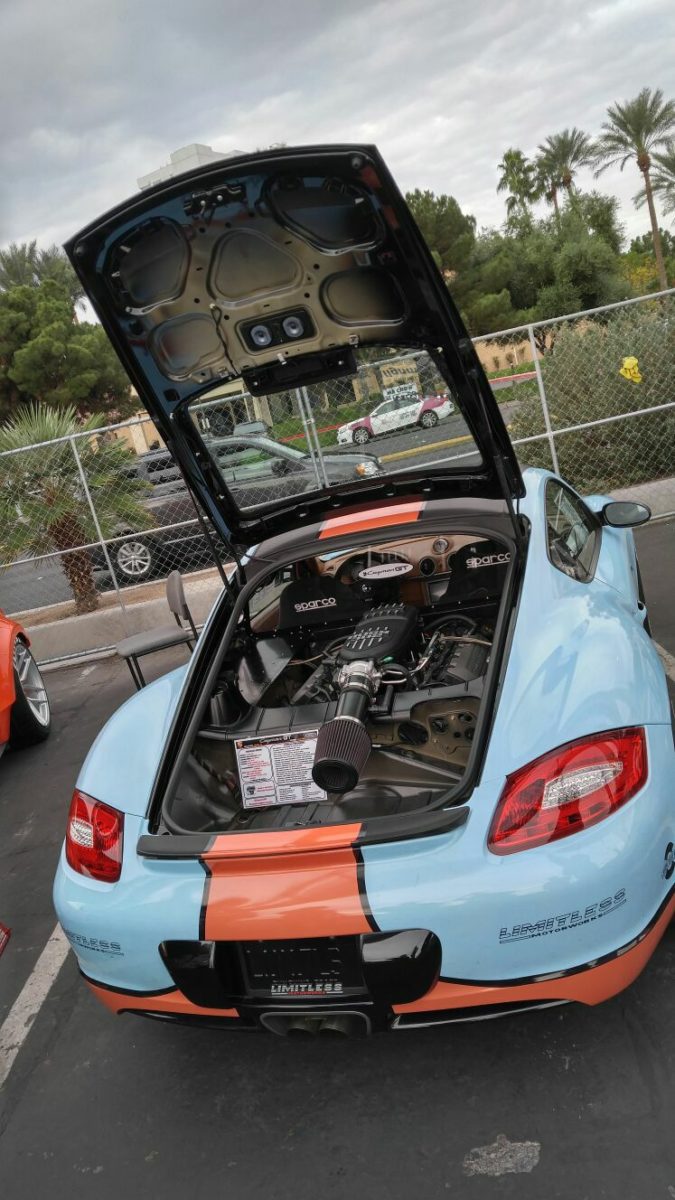 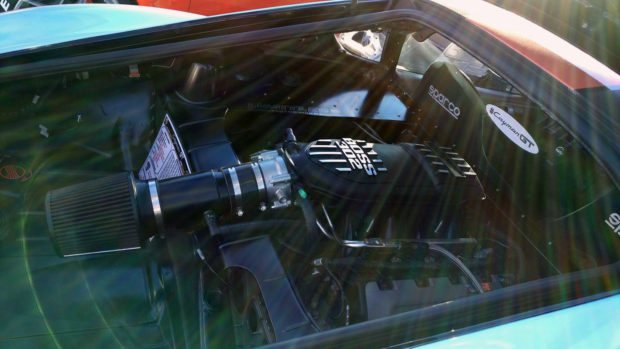 Back at Limitless Motorsports they build and installed the wiring. The factory Porsche ECU was kept to run the body electronics and a Ford Racing ECU for the motor control. 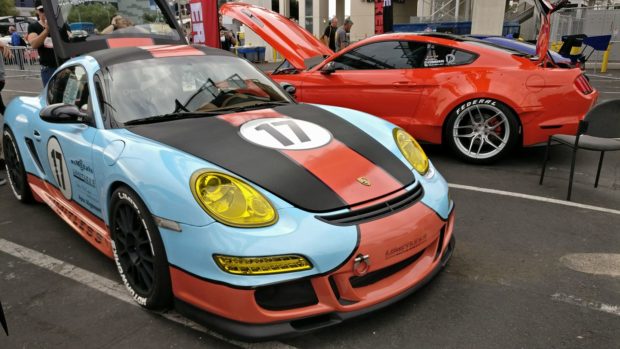 When the Cayman got on the dyno the engine with a Boss 302 intake produced 424 horsepower and 364 lb-ft of torque to the rear wheels. The car’s weight increased slightly to 3,046 lbs and the weight distribution resulted in a 47% front and 53% rear bias. 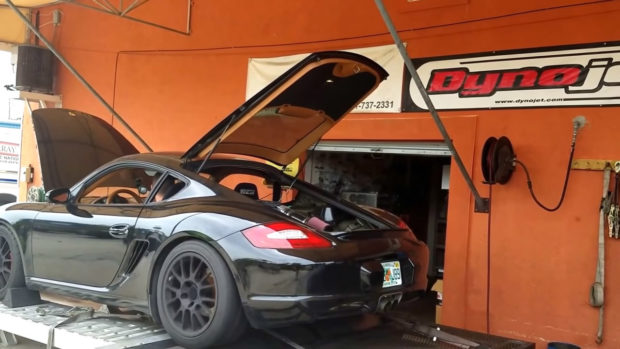 Yu wanted to make a slash at SEMA 2016 with a Gulf racing livery wrap. Which is where these photos were taken. 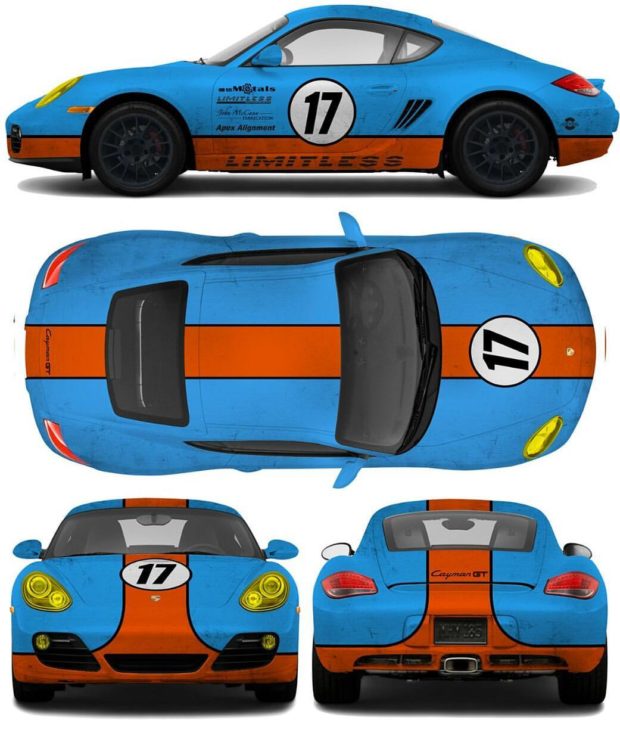 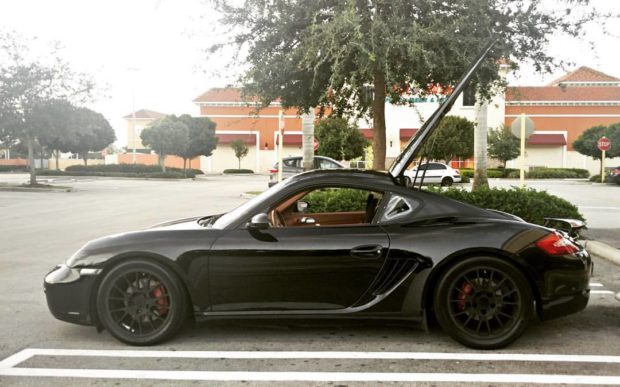 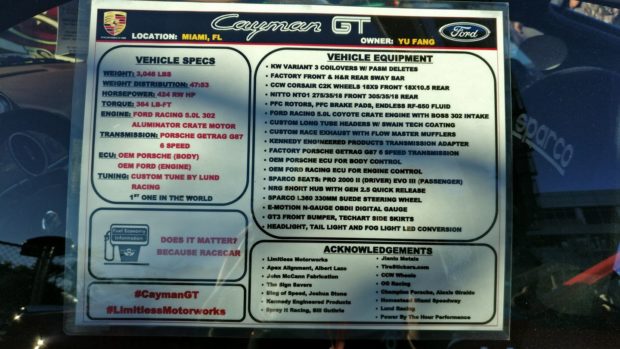