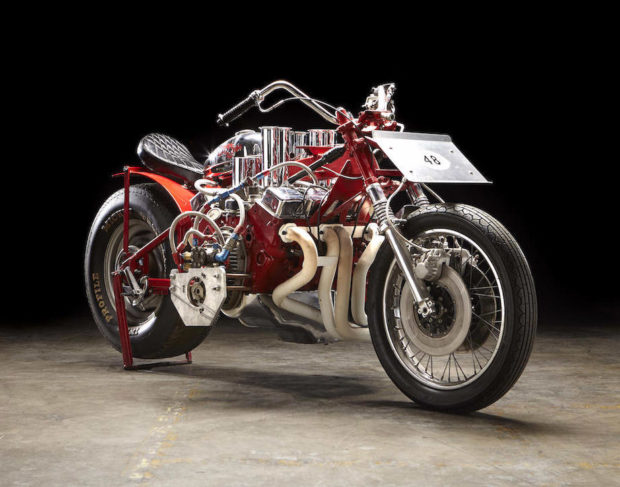 The fastest motorcycle in 1973 as confirmed by Guinness World Records was this 1971 “Widowmaker 7” drag bike. It was built by EJ Potter aka “Michigan Madman”. This was the last of the Chevy V8 powered motorcycles he built. The first three were called Bloody Mary 1-3 while the next four were called Widowmaker 4-7. 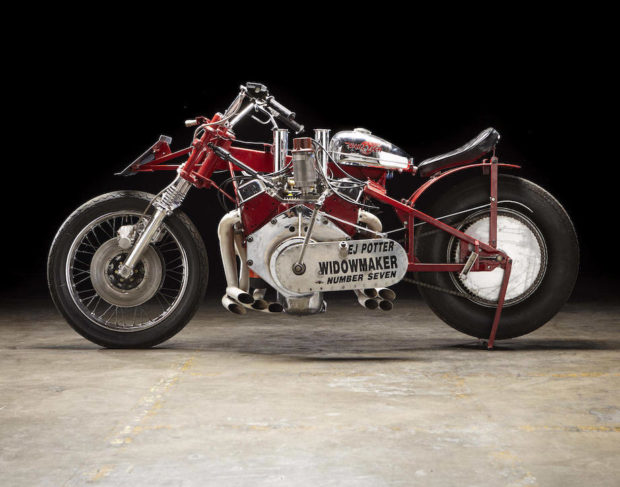 EJ Potter got his first taste of speed when he installed a lawn mower engine on a bicycle and was clocked going 60 mph by his Mother in a car. Clearly that thrill of racing a motorcycle with a huge engine never left. 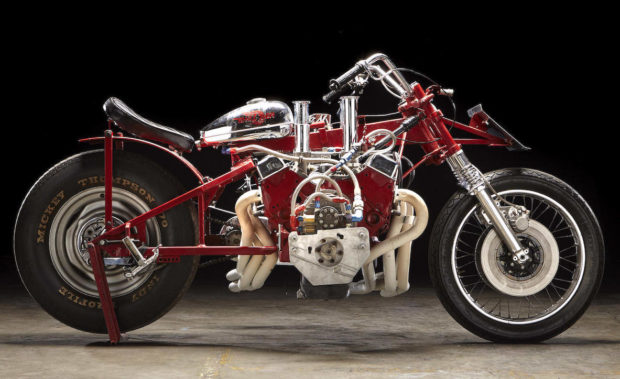 Widowmaker 7 is powered by a 350 ci Chevy V8 that produces 500 horsepower thanks to a modified Hilborn injection, Crane gear-driven roller cam, Brodix aluminum heads, and forged pistons for 12.5:1 compression. 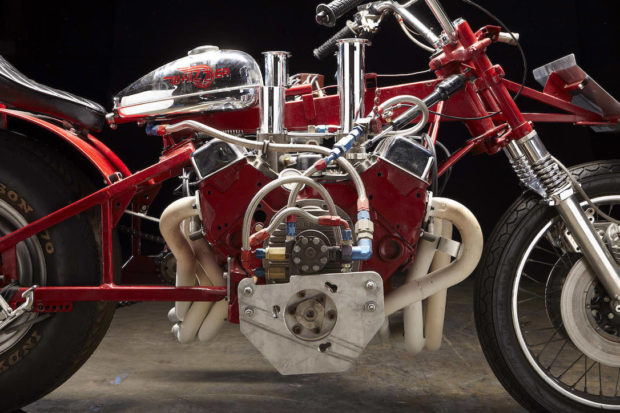 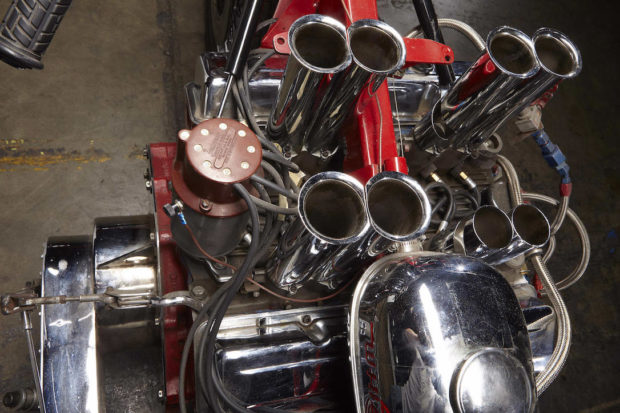 As we mentioned before the bike held a Guinness World Record but it also held three AHRA world records. Its best quarter-mile run was 8.68 sec at 172 mph. For more information about EJ Potter’s life and career please read this Knee Slider article. 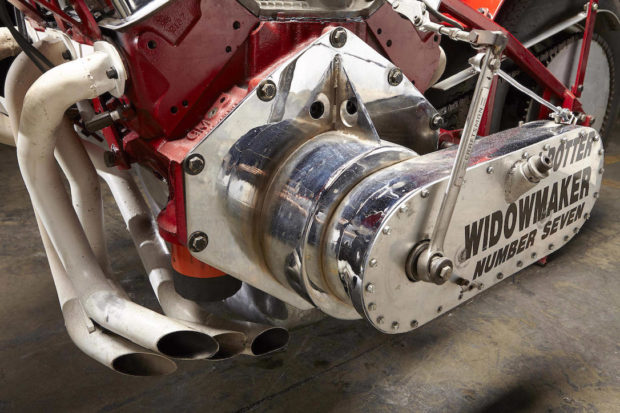 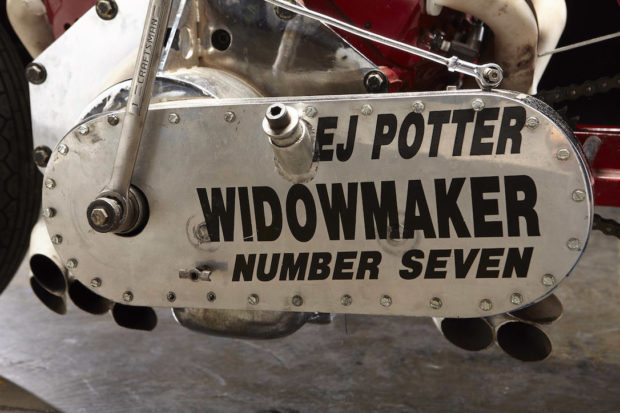 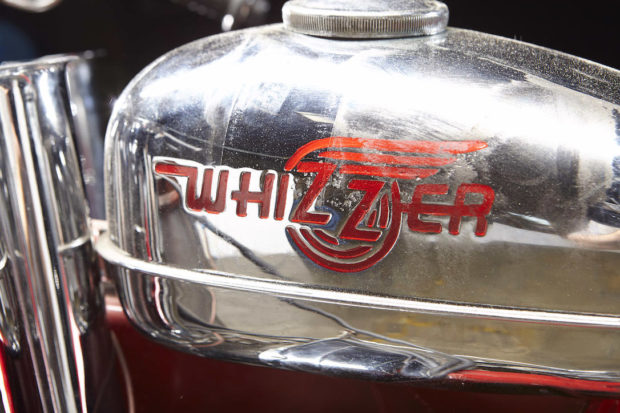