BMW E30 with a Supercharged V12 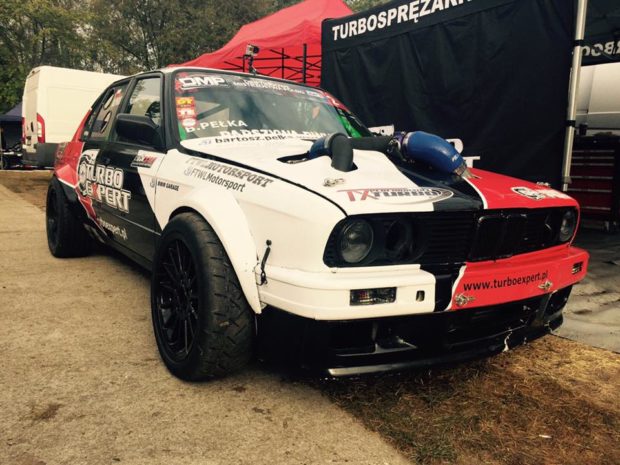 Bartosz Pelka is part of the Turbo Expert Drift Team in Poland. He competes in a BMW E30 that had its factory 2.0 L M20B20 inline-six replaced by a 5.4 L M73B54 V12. The engine’s power has increased to 501 horsepower and 652 Nm (480 lb-ft) by adding a Vortech v4 supercharger and EMU ECU. The V12 is fed by a Bosch 040 fuel pump from a fuel safe tank in the trunk. Also found in the truck is the radiator. As one might guess the engine swap and supercharger take up a lot of space. Backing the engine up is a manual transmission normally used on a M57 diesel engine connected to a sintered iron clutch. The brakes remain factory E30 in the rear but the fronts are E36 discs. 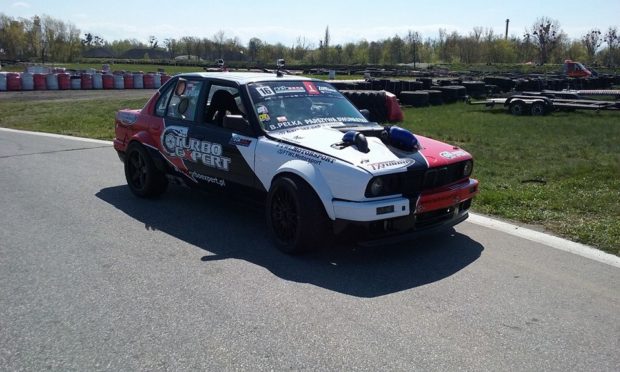 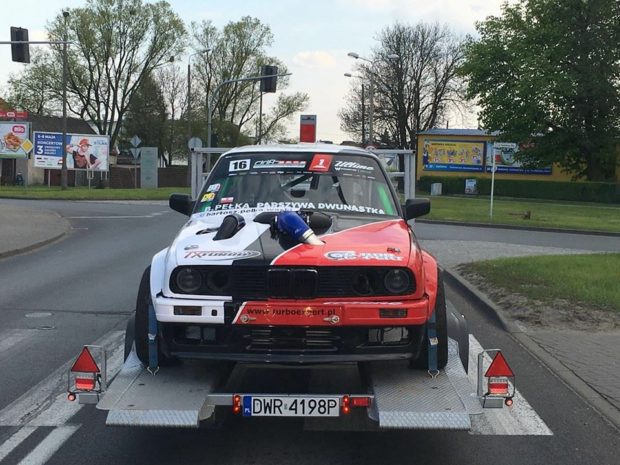 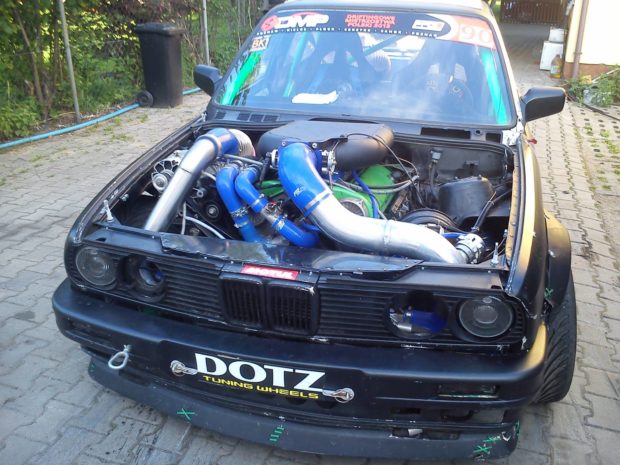 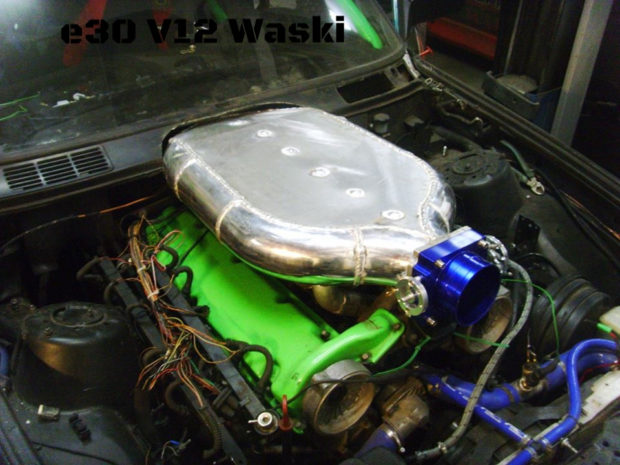 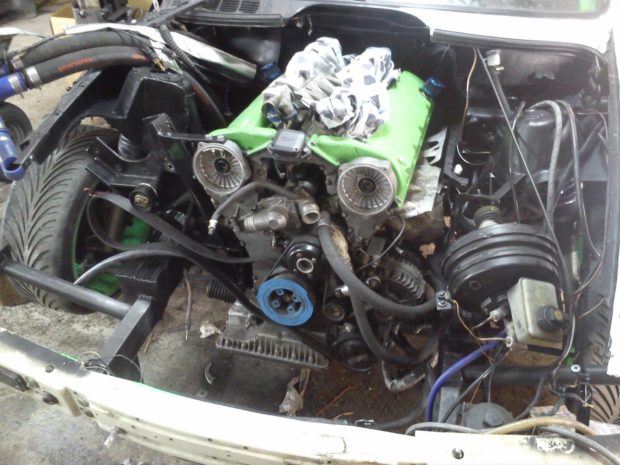 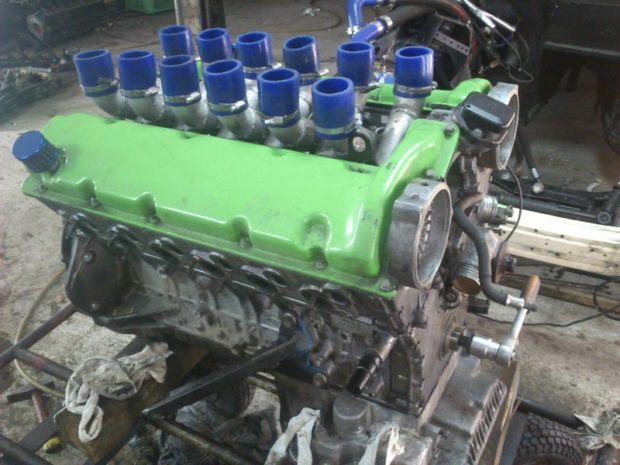 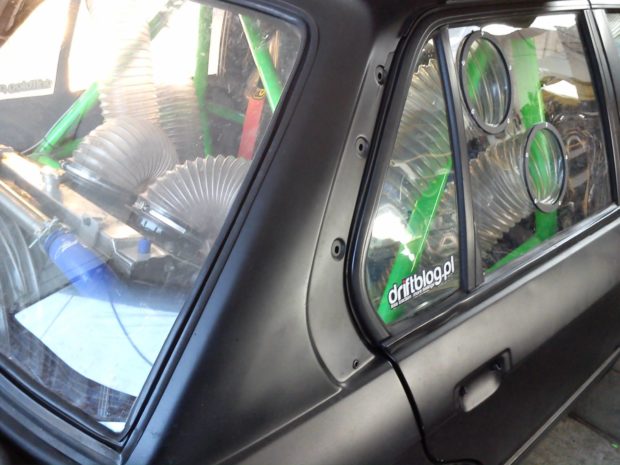 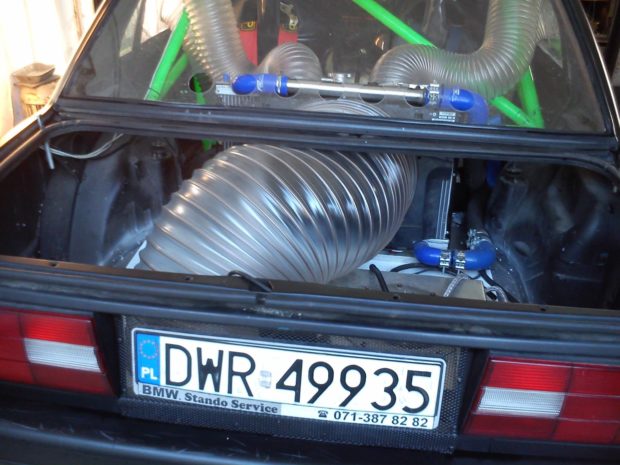 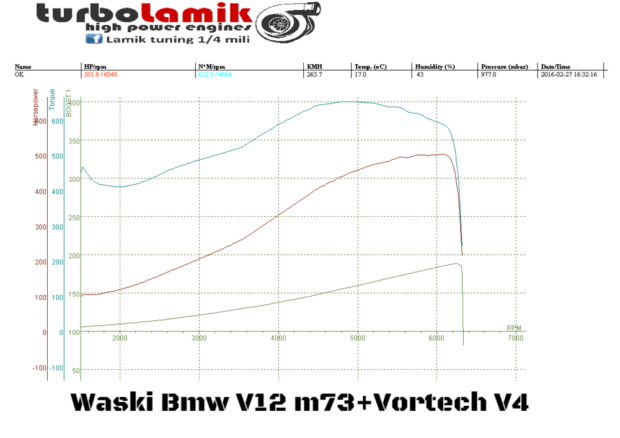