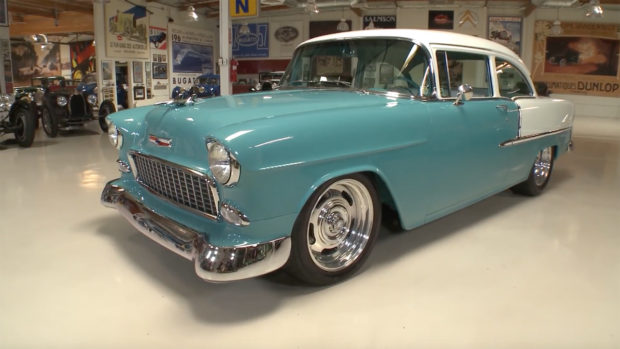 Gary Kollofski stopped by Jay Leno’s Garage to show off his custom 1955 Chevrolet Bel Air coupe. Under the hood sits a all-aluminum 730 ci V12 built by BPM in Italy. These engines typically find themselves in boats. Gary’s engine uses three Holley 600 cfm carburetors which produces 620 horsepower and 720 lb-ft of torque. Handling that torque is a 4L80-E four-speed automatic transmission on a Roadster Shop chassis. Gary is also building a 1957 Chevy with two BMW V12 engines. 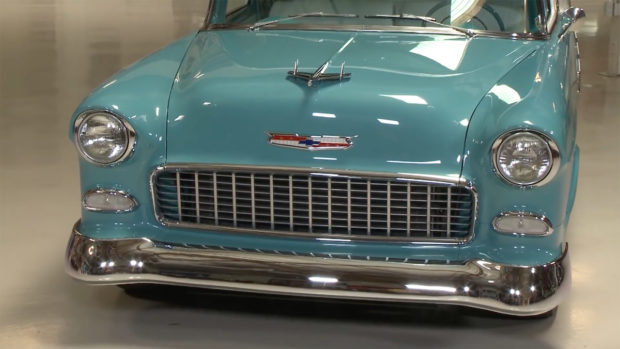 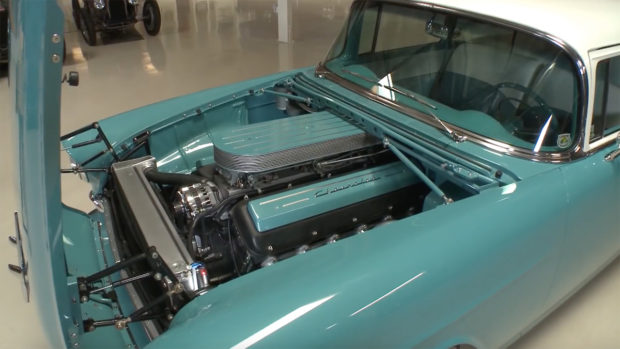 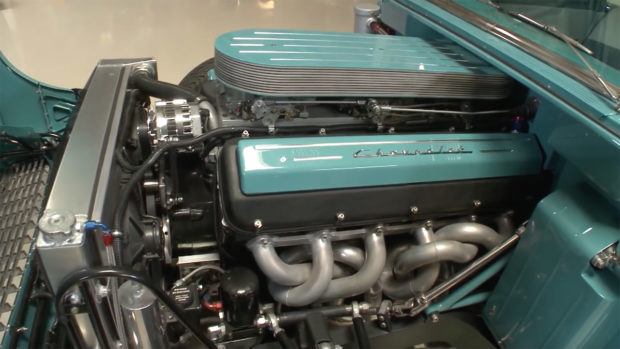 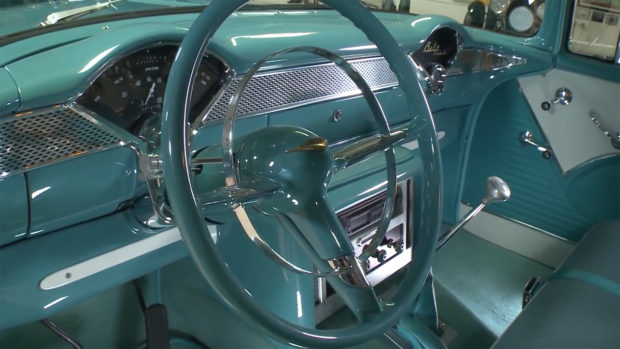