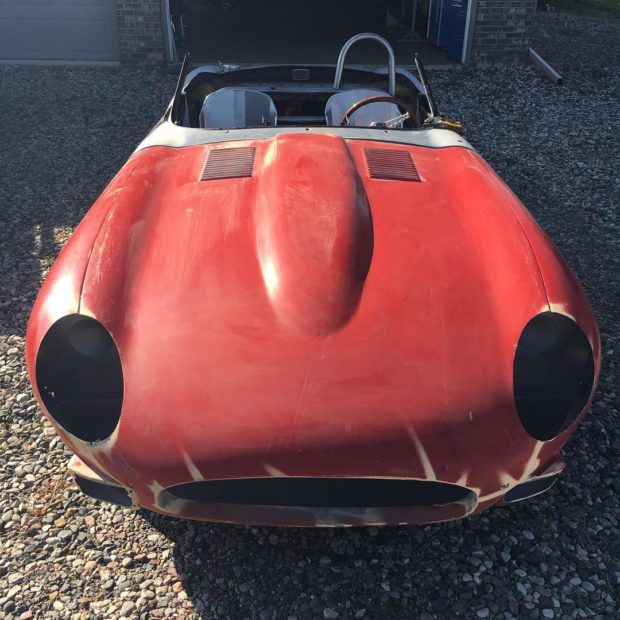 David Nonis was looking for something a little more exotic for his next project. Inspiration hit when he came across a 1968 Jaguar E-Type body and he turned to UTP Race Cars in Richmond, Michigan who specialize in pro-mod race cars to turn his idea into a Cobra killer. 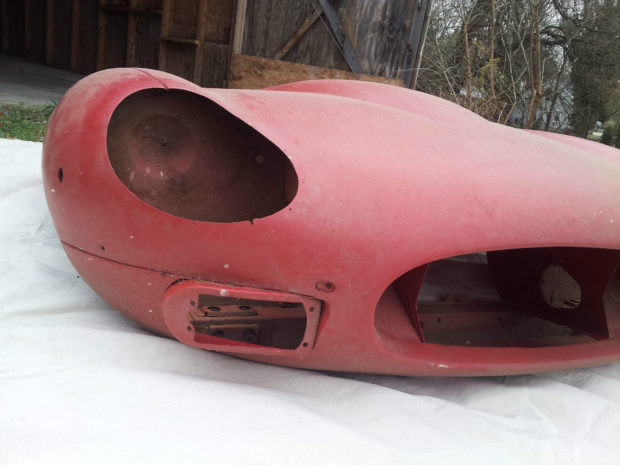 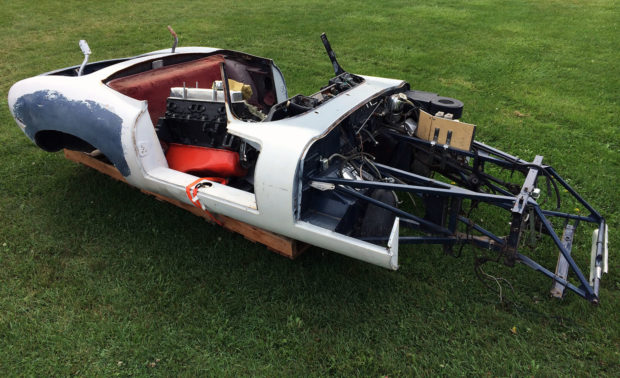 Jaguar’s factory chassis was strong enough for a naturally aspirated inline-six but not for four-digit power. So the team fabricated a custom tube chassis with a Mustang II front suspension and custom four link rear suspension. Wilwood disc brakes can be found on all four corners behind a set of BRM replica wheels. 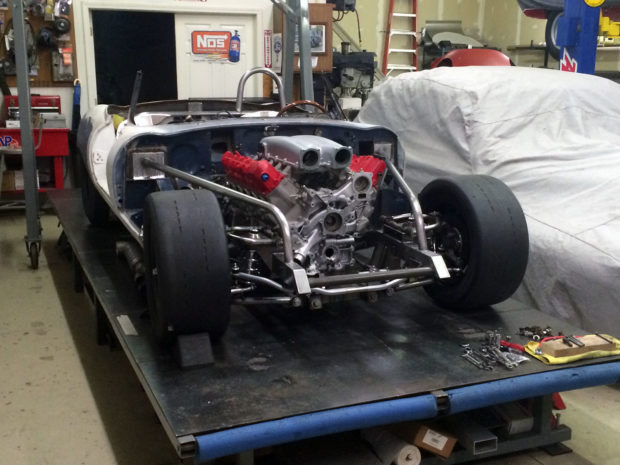 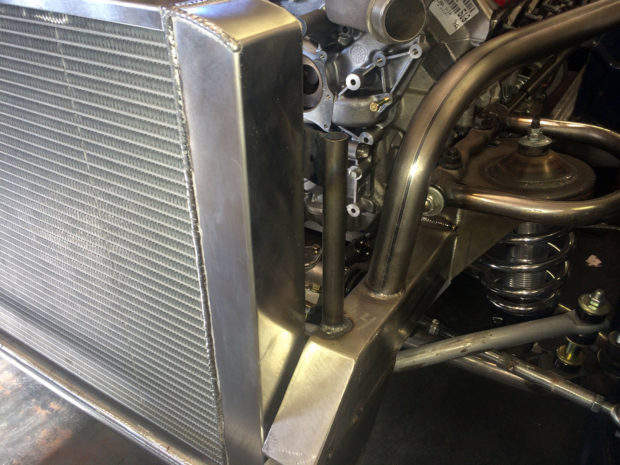 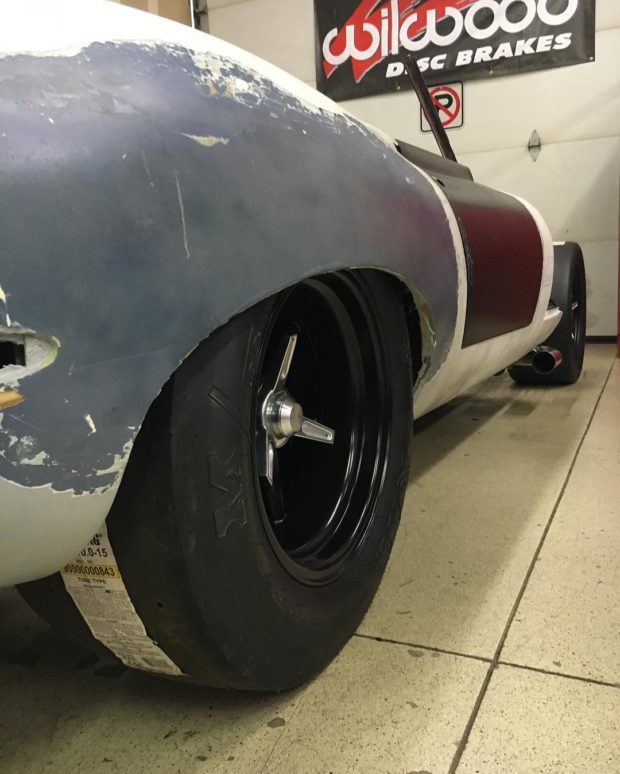 When considering engines David knew a Jaguar V12 wouldn’t produce the power he wanted and although a Chevy V8 could, he felt they’d been used to death. So he settled on a compromise in terms of cylinder numbers and went with a Viper V10. 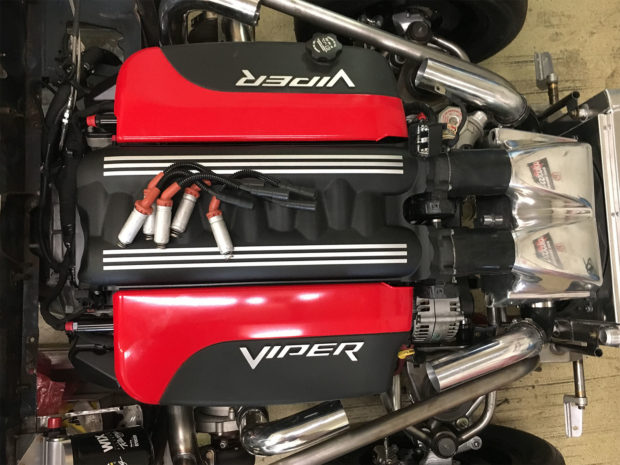 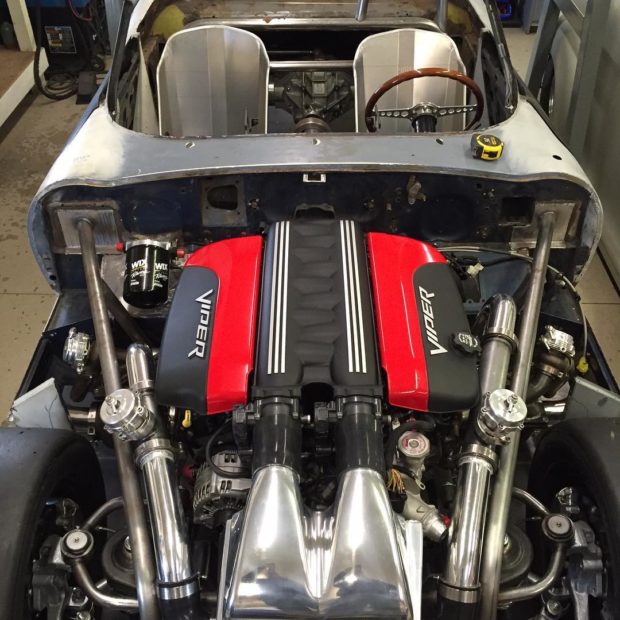 The 8.4 L V10 from a 2017 Viper was built by Arrow Racing Engines in Auburn Hills, Michigan who specialize in Viper engines. They upgraded the engine with billet main caps, Carrillo forged rods, forged pistons, roller camshaft, and two 65 mm turbochargers. It is expected to produce 1200-1500 horsepower. 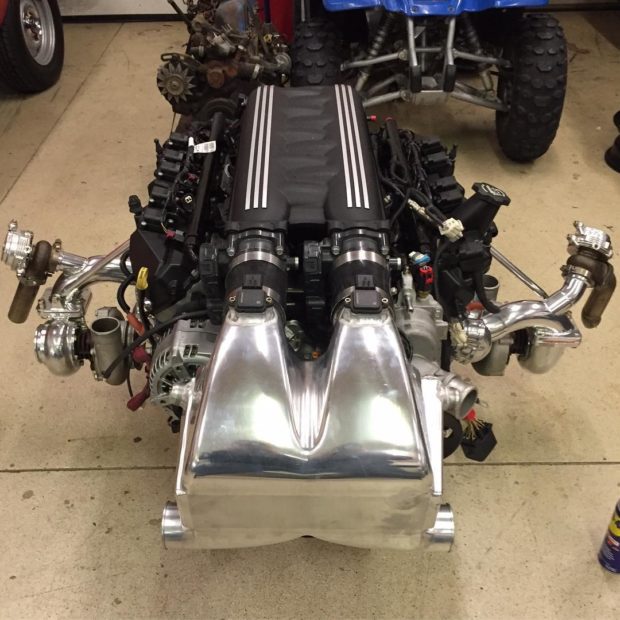 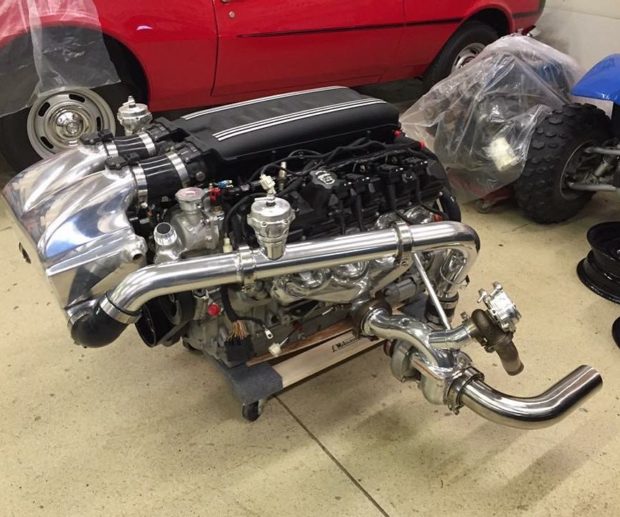 The engine’s tremendous power goes through a built Tremec TR-6060 six-speed manual transmission with a 4-disc racing clutch and a Strange modular 9″ rear end with 2.75 gears.

Although the powertrain is completely foreign the interior will regain some British luxury. Vintage gauges will adorn a beautiful walnut dash. 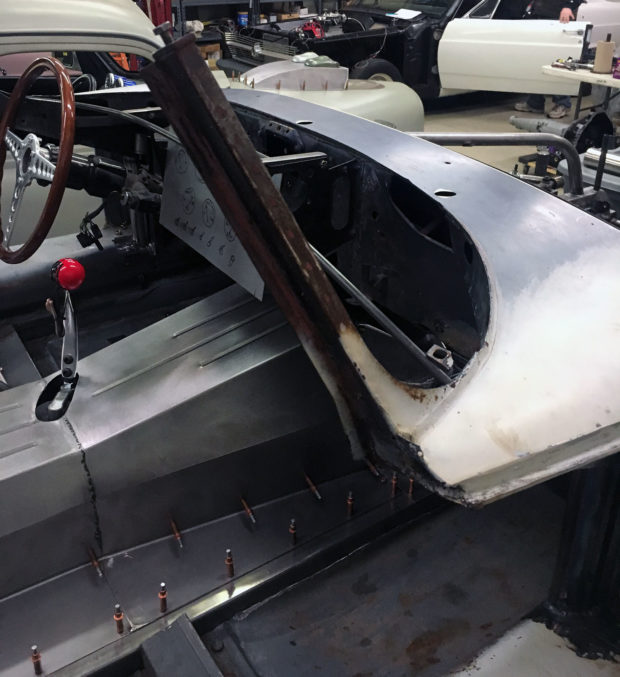 This Jaguar could easily compete at the track or drag strip but it was built for roll racing. We can expect it to be scaring the competition when it’s finished in late-summer 2018. Until then you can follow the project’s progress here @boostedetype. 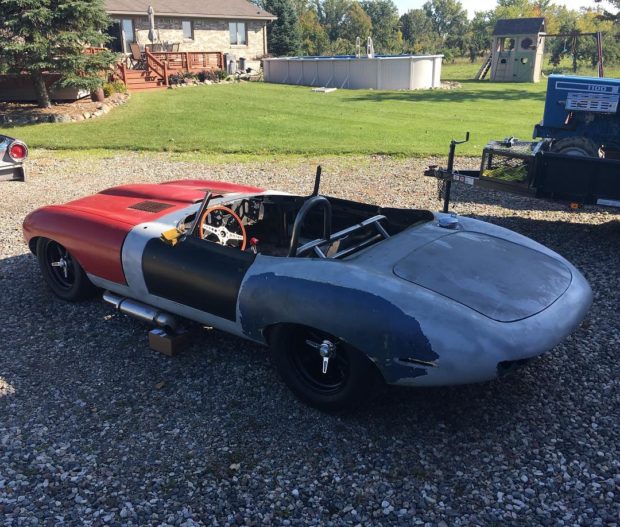