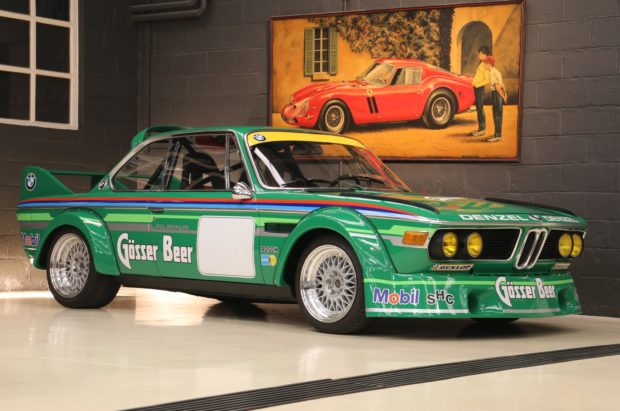 This 1973 BMW 3.0 CS was built by a rally car collector in Belgium as a tribute to the Gösser Beer Group 2 race car from the 1970s. Power comes from a 3.5 L M30B35 inline-six from a 635CSi E24 which produces 208 horsepower and 225 lb-ft of torque from the factory. The drivetrain consists of a Getrag five-speed manual transmission and limited-slip differential. 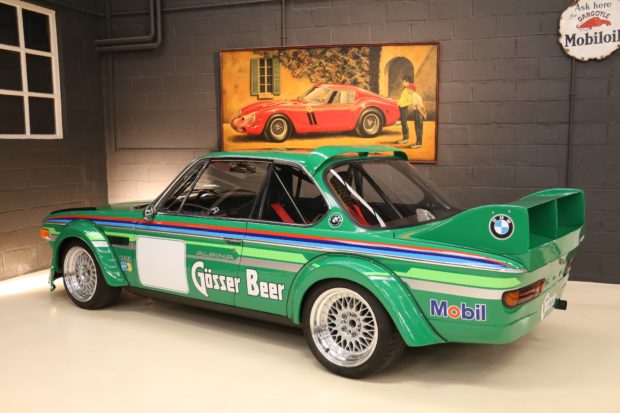 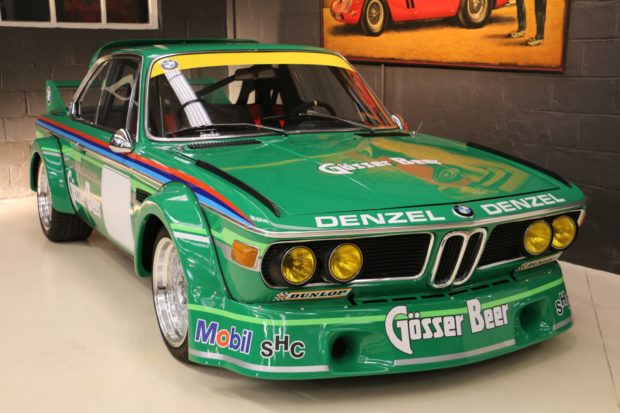 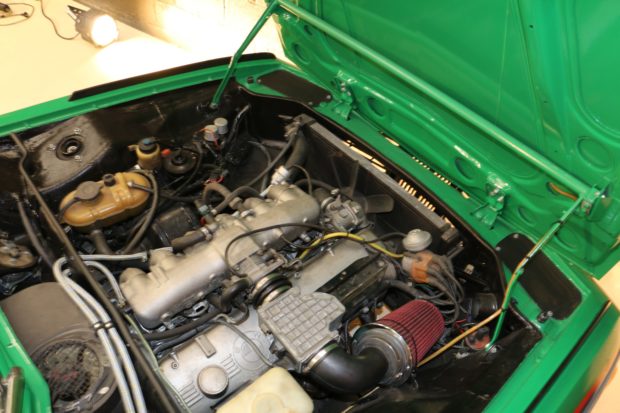 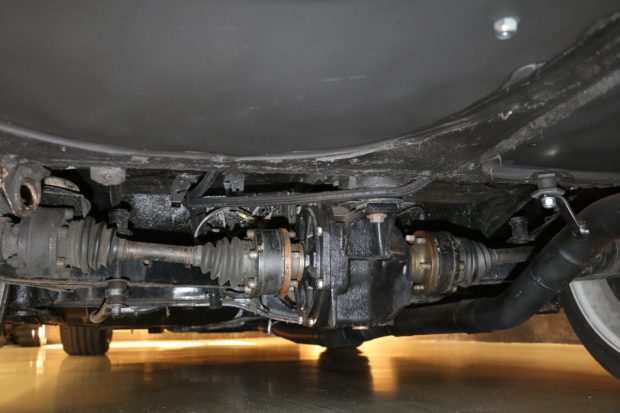 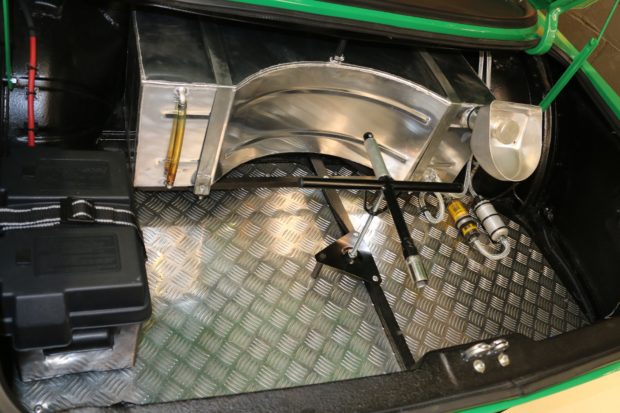 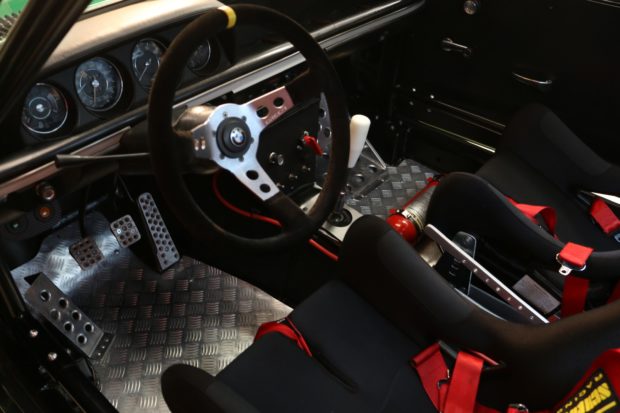 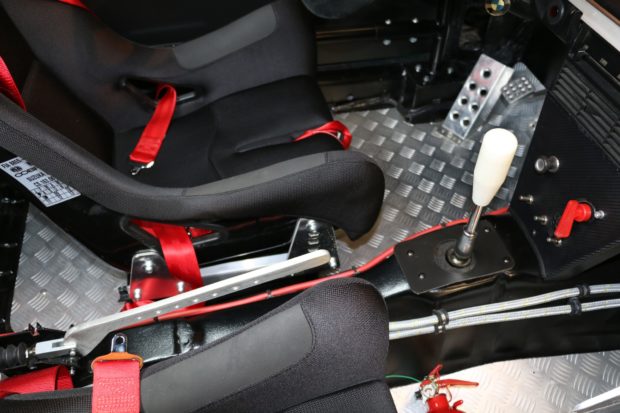