Plymouth Prowler with a Toyota 2JZ-GTE 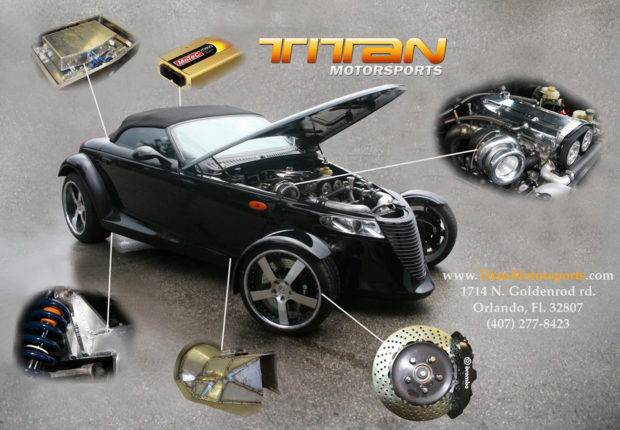 Titan Motorsports is known for their import drag cars. They work on all kinds of imports but have a lot of focus on Toyota models. Some examples of their incredible fast imports is a Supra that has done a 7.94 @ 181 mph, a Toyota Celica doing a 6.47 @ 217 and even a Scion tC has done a 6.488 @ 218.48 which won it the Sport Compact Championship for the third time in a row. So they know their way around a Toyota engine. 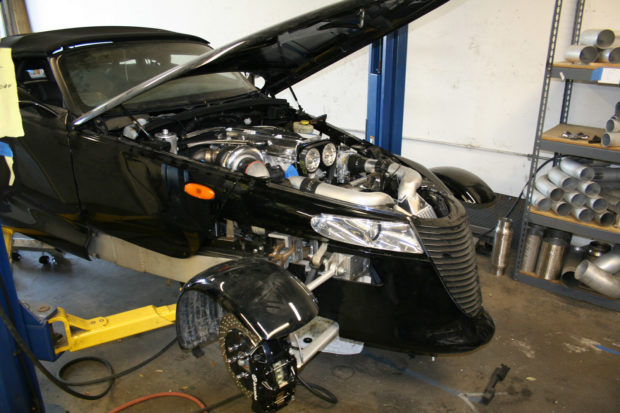 Titan recently published progress on their Plymouth Prowler project. Under the hood is a Toyota 2JZ-GTE with a single Precision 71 GTS turbocharger and many Titan parts on the motor. The car also features custon twin pump fuel cell and custom fab work to get the Koni suspension to work. 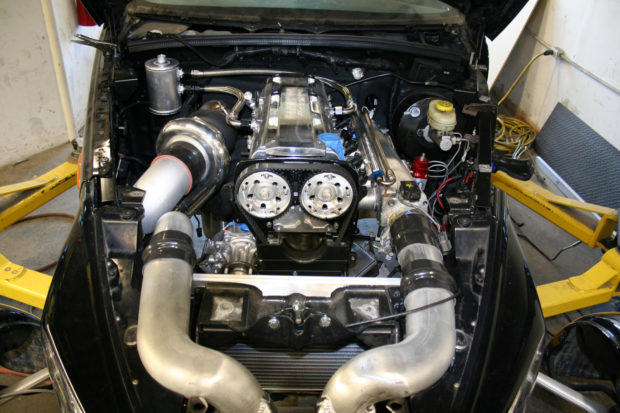 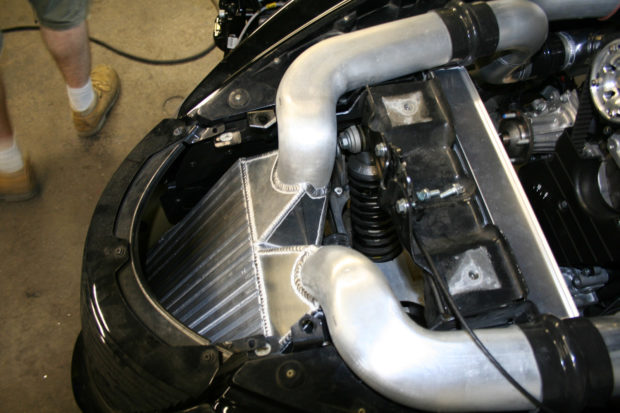 24 thoughts on “Plymouth Prowler with a Toyota 2JZ-GTE”