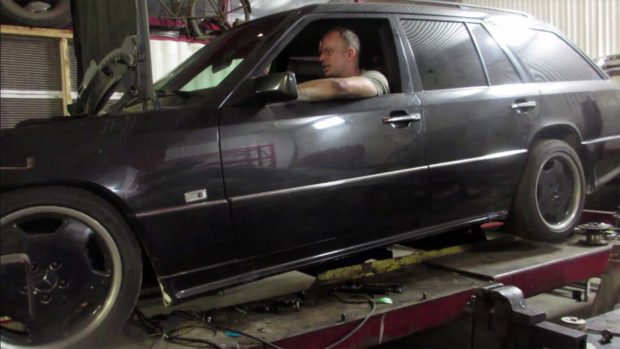 Deboss Garage released another episode of their 1994 Mercedes W124 E320 wagon project. If you are unfamiliar with the project the owner wanted the 3.2 L M104.99x inline-six replaced with a turbo LSx V8 and produce enough power to make an 11-second pass. In this episode the team works on the electrical, cooling systems and a lot of small stuff.