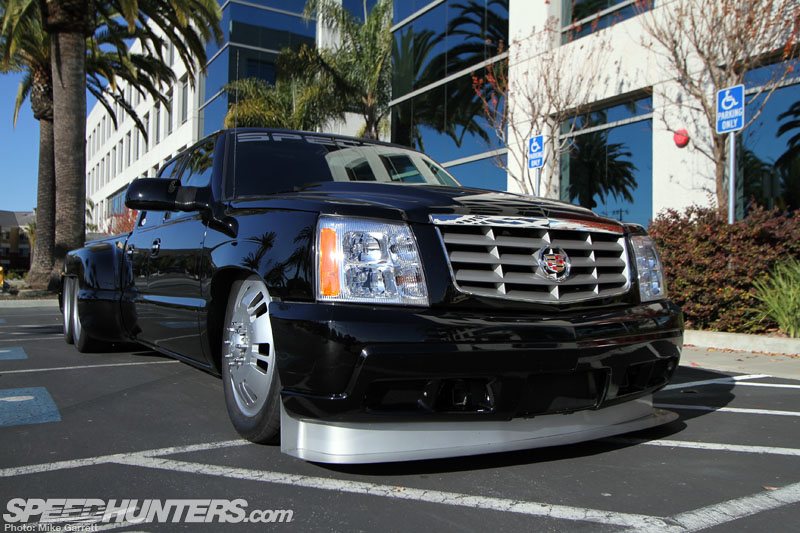 Spectre Performance makes their money selling intakes but they also compete for land speed records. This 2004 Chevy Silverado was built to push their streamliner on the salt. It features a 500ci Cadillac big-block V8 and twin Garrett turbos which gives the truck about 1,425 horsepower and 1,671 ft-lb of torque. The engine features a production block and crankshaft, Eagles rods, Venolia pistons, factory heads with port and valve work. 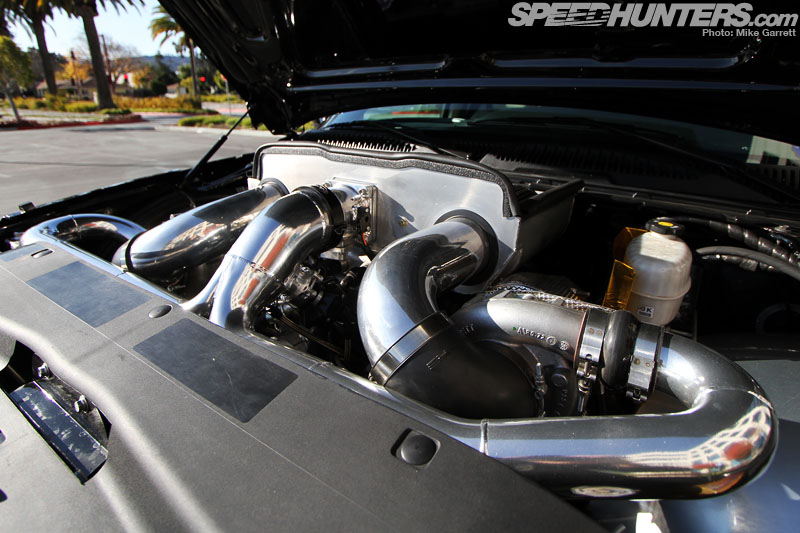 The engine was built by Cad Company. These guys are known for building high horsepower Cadillac engines. One of their engines was powering a 415mph record-breaking streamliner. It ran only a single 472ci Cadillac motor.