Colin Masterson’s S12 with a RB20DET 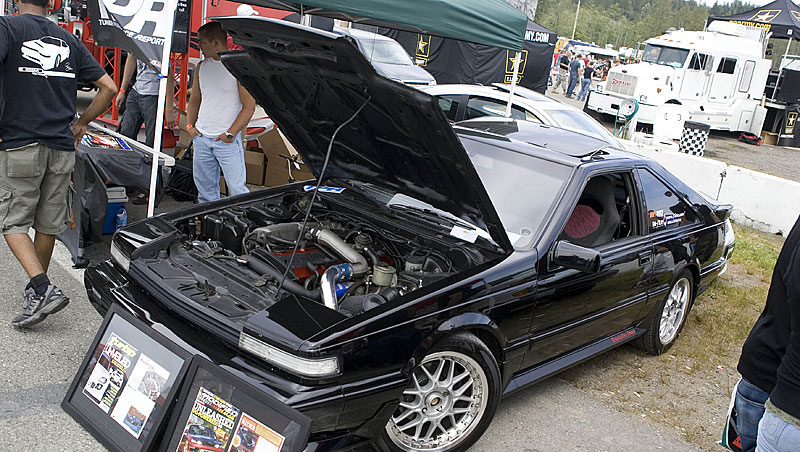 Colin Masterson knows his way around a S12, which is why he is a co-admin at Club S12 forum. But he is better known for his very unique S12. Colin bought the car in 2004 but didn’t really start to modify it until 2005. That year he swapped out the original interior for a black one, swapped a better condition factory VG30E, and had the body cleaned up and painted. 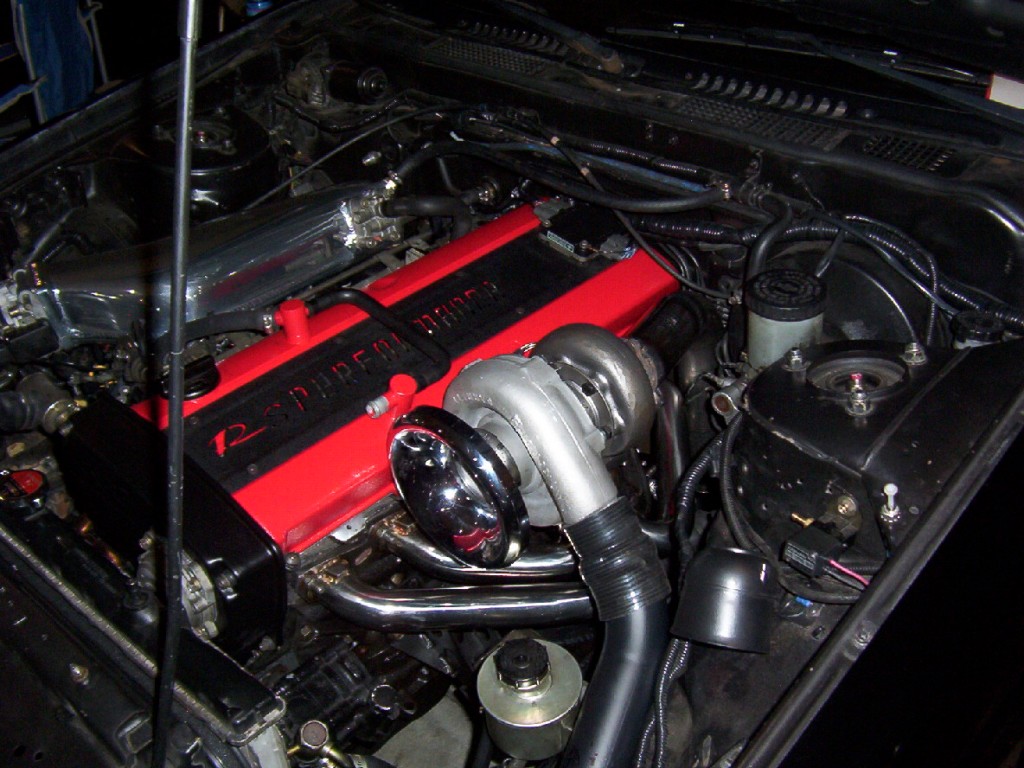 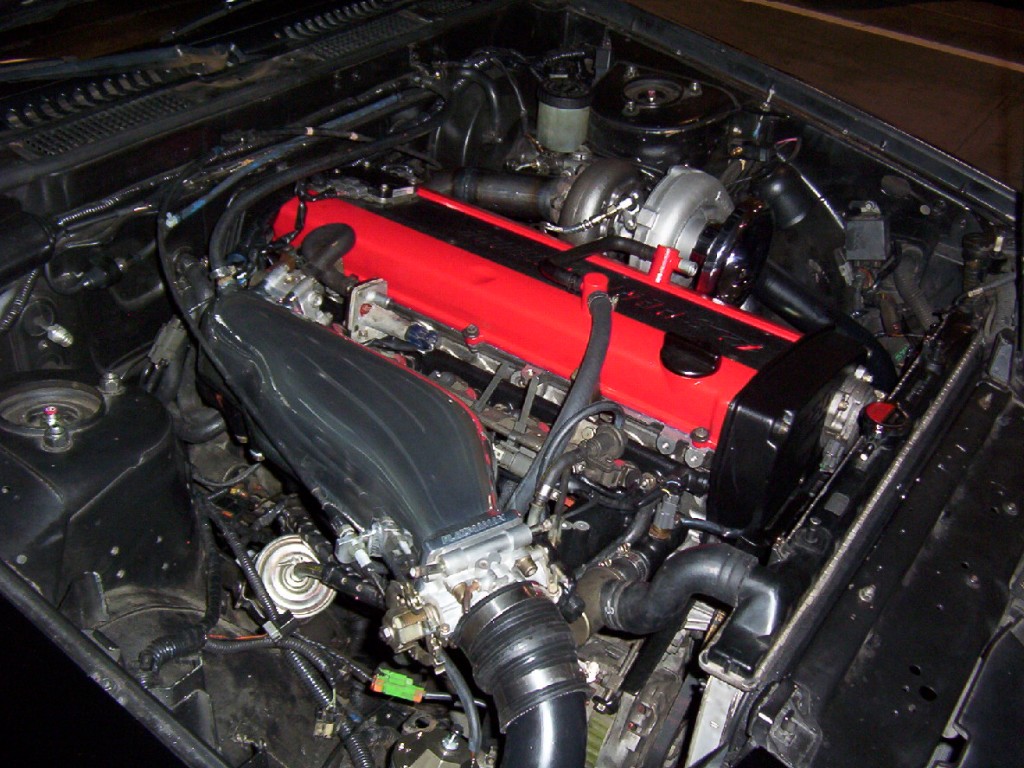 In 2006 Colin decided to begin turning his car into something very rare, a RB20DET powered S12. Up until that point it had never been done in the US. Colin found Australians had a long history working on Skyline engines and after a long search found someone with a RB20DET S12 and turned to their advice for help. After working around a problem with the stock wiring Colin was able to get the RB20DET to fit in the engine bay without cutting the firewall or modifying anything in the bay. Always from the beginning Colin wanted the swap to look very at home in the car. The engine fit so well most people would assume it came this way from Nissan. 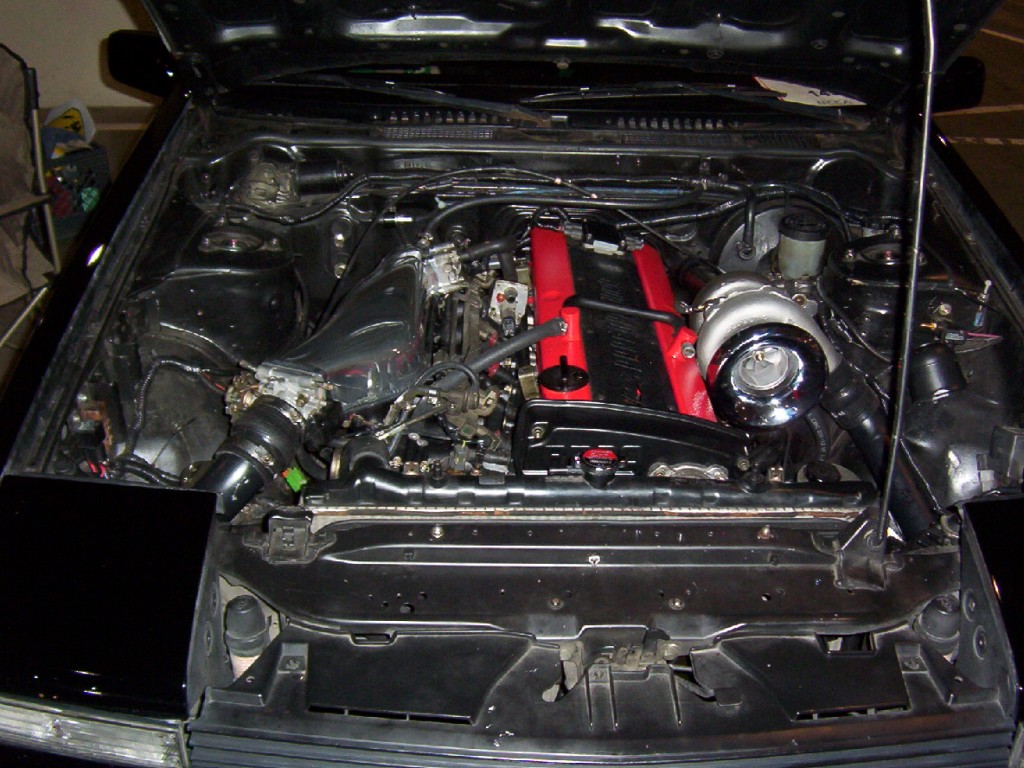 In 2007 Colin contacted his Australian friends again for help upgrading the engine. There he found they had far better knowledge then anyone he could find in the US. Colin’s S12 has been featured as a Reader’s Ride in Turbo Magazine in April ’07, Modified Magazine in May ’07, and TPR’s both at Seattle’s Formula D. 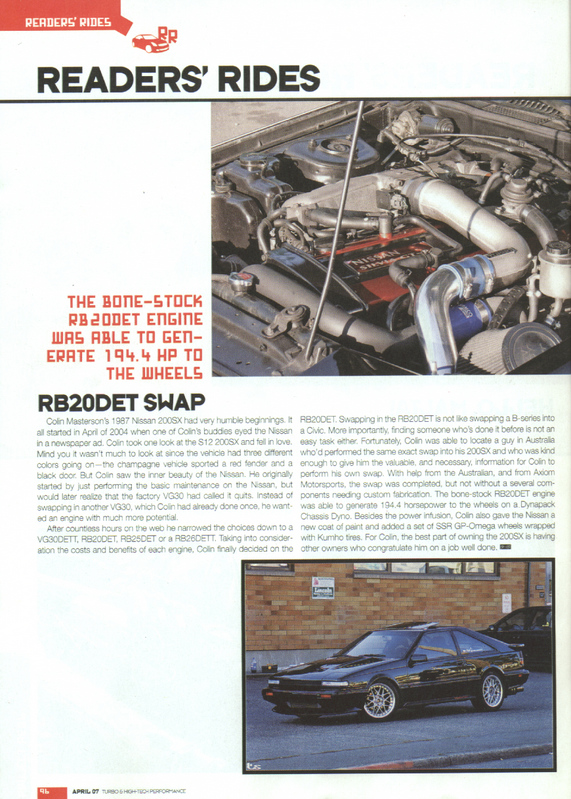