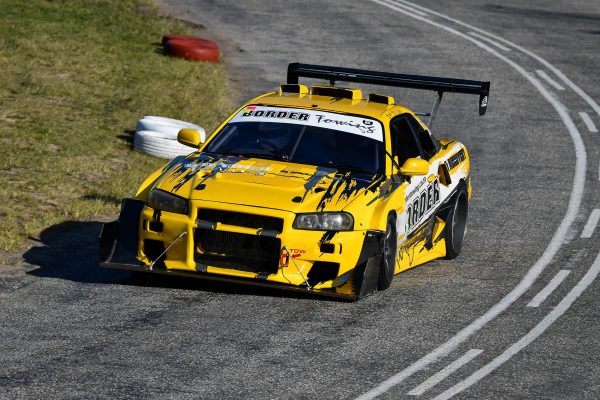 Wade van Zummeren has raced in one form or another since 2003. For the past few years he’s competed using his Nissan R34 GT-R in drifting, time attack, and hill climb. You will not find a twin-turbo 2.6 L RB26DETT inline-six under the hood. Instead there is a twin-turbo VR38DETT V6 stroked to 4.2 liters. The engine makes 1,000 horsepower and sends it through a Hollinger six-speed sequential transmission to the rear wheels. Watch as Wade pilots the GT-R up Simola hill climb in South Africa.

A few more videos of Wade and his GTR from a few years ago.