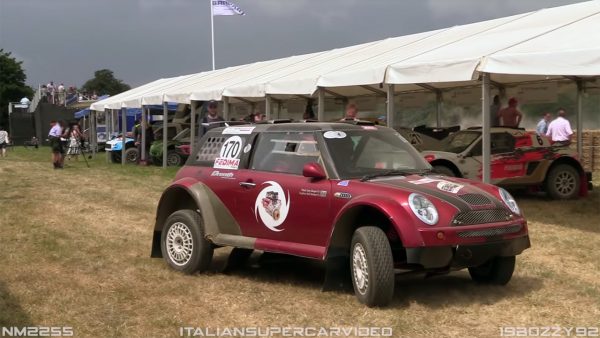 Terry Banyard races his 2007 Rivet Mini off-road buggy with co-driver Chris Brennan in French Rally Championship. Terry’s race car is powered by a 1997 cc V8 called a Cyclone Y40R built by Cyclone Power. The engine is built from a custom block and two DOHC heads from a Yamaha 1000 cc motorcycle engine. The engine makes 302 horsepower at 10,000 rpm and 167 lb-ft of torque at 8,500 rpm on eight standard carburetors. Listen as Terry puts on a display with the small displacement V8 screaming at Goodwood FOS 2018. 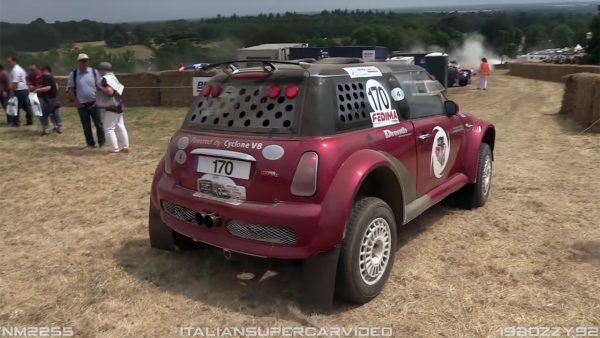 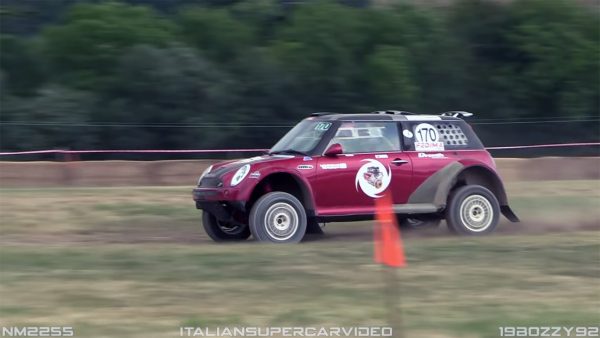 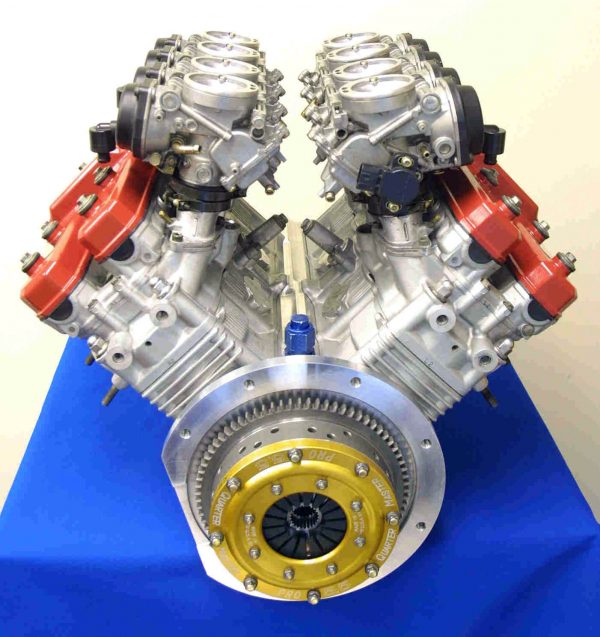