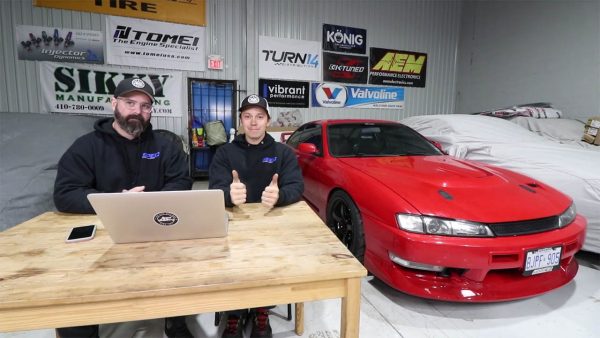 Speed Academy recently finished their Nissan 240SX with a K24 inline-four project. Before they put the car into storage for winter, the team thought it would be a good idea to share how much it cost to build. After adding all the costs, their swap cost $8,112. Granted they spent more in certain areas like fuel system since they will be turbocharging it next season. They estimate a basic/budget K24 swap could be as low as $4,000-$5,000. Listen as they break down each expense.