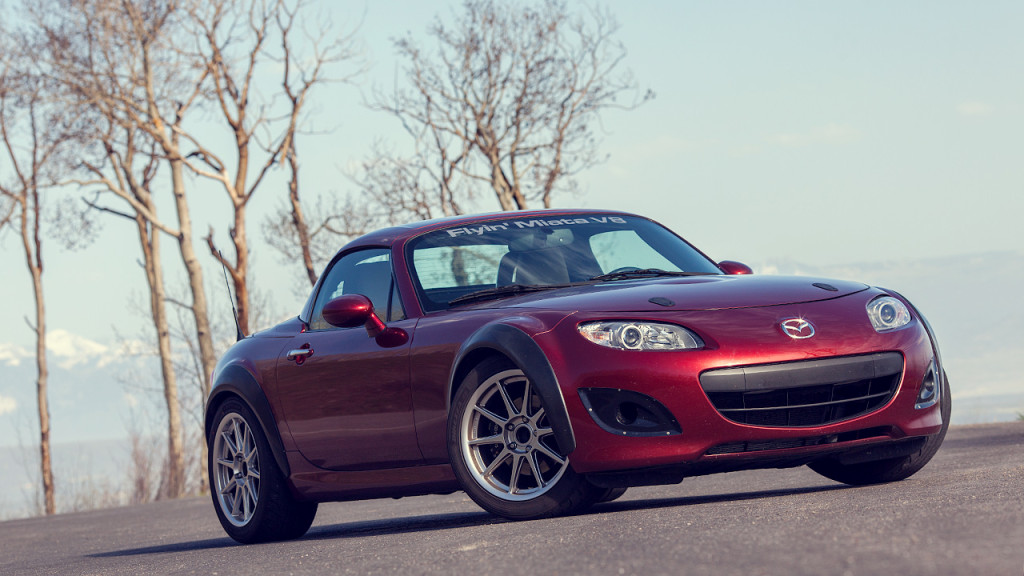 In Zach Bowman’s opinion, the 2009 Miata built by Flyin’ Miata was the best car he had driven this year. Flyin’ Miata previously only worked on NA (1990-97) and NB (1999-05) models but now development is nearly complete for the NC (2005-present) models. The Miata Zach drove was powered by a 430 horsepower LS3 and T-56 six-speed transmission. The 3rd generation NC platform is the stiffest and by result heaviest of the platforms. But even with the heavier foundation, power hartop, heated seats, and swapped drivetrain, the power-to-weight ratio is very close to a Porsche 911 Turbo S and keeps a weight balance of 52.7% front and 47.3% rear (factory settings are 52% front/48% rear). The article claims the Gen3 swap bolted in and did not require any metal cutting. Readers commented part of the body was cut to fit the intake. But it might be possible to route the intake in such a way so as to not cut anything. 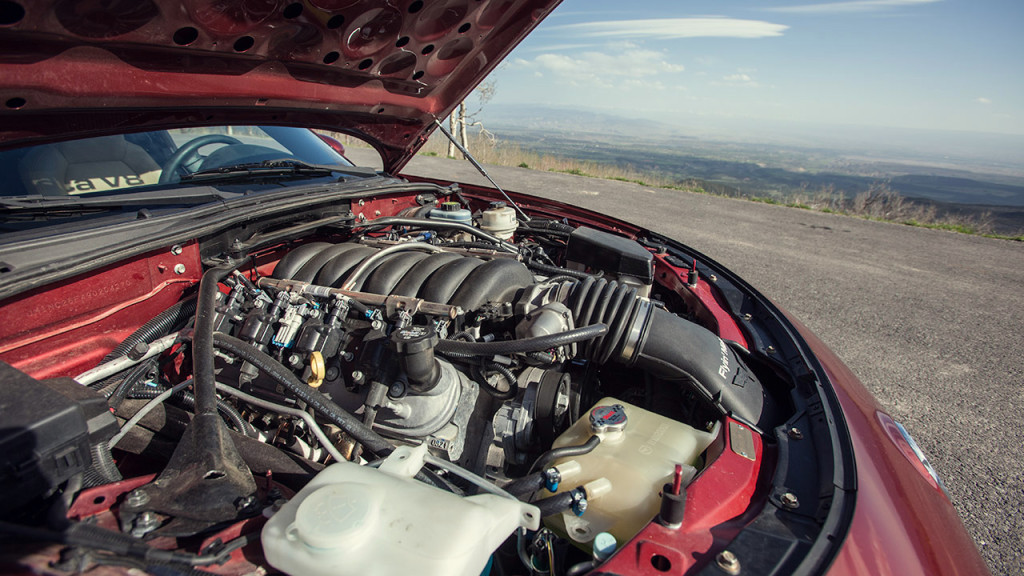 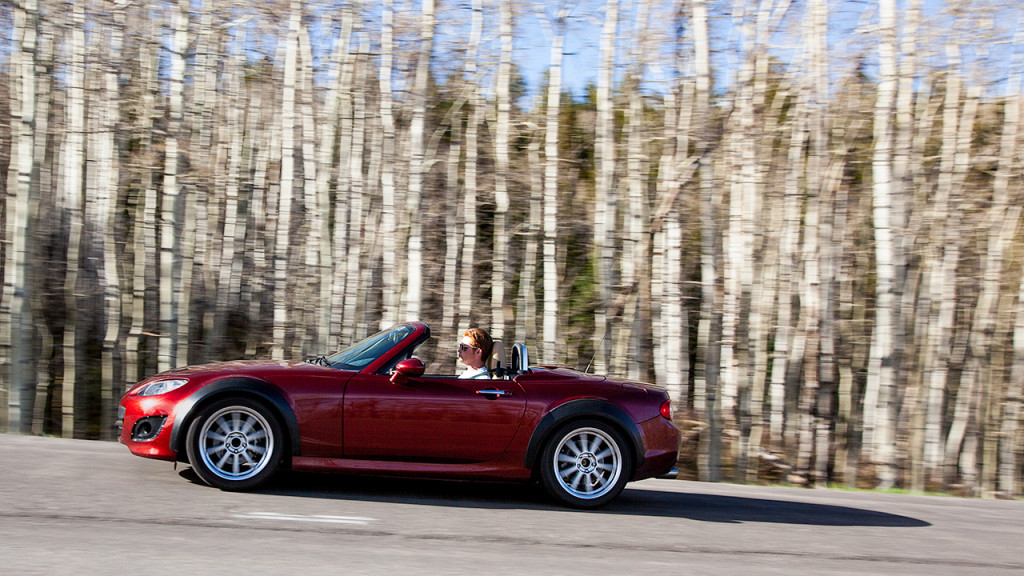