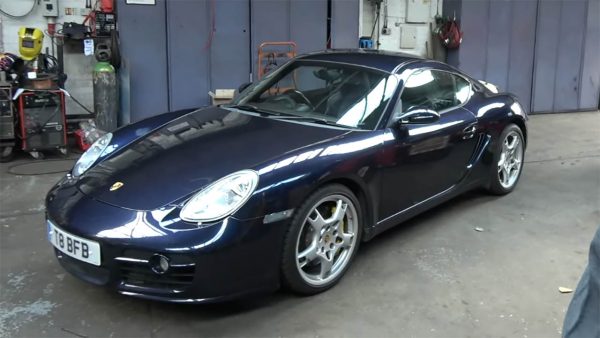 This 2007 Porsche Cayman was built by Craig and his company DynoTorque in Birmingham, England. The owner reached out to Craig for an engine swap after the factory flat-six broke the second time. So out went the flat-six and in went a 6.2 L LS3 V8 that makes 512 horsepower. The engine features ported heads, LS7 camshaft and headers, and Emerald ECU. Power is transferred to the rear wheels through the factory Porsche transaxle however with a Wavetrac limited-slip differential. Listen as Craig explains the project to Phil Morrison from Driftworks below. 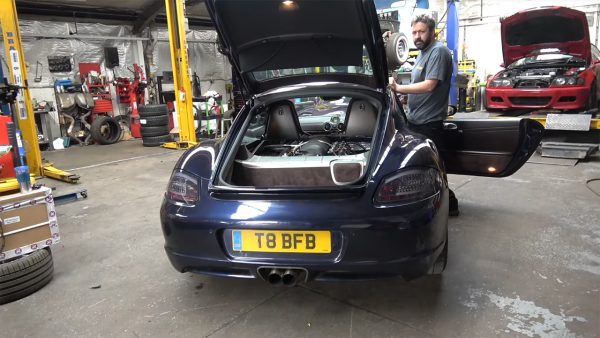 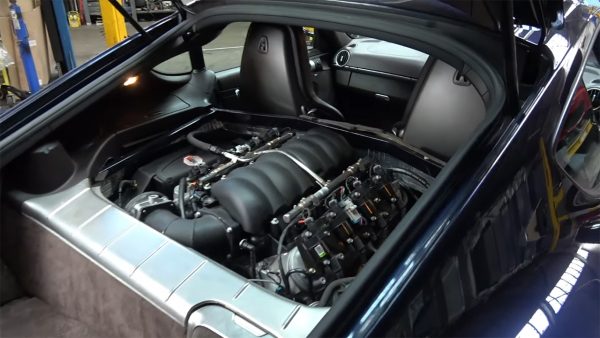