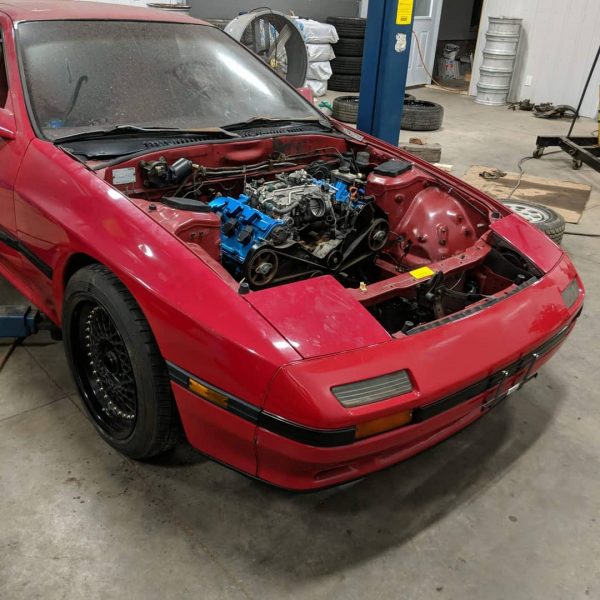 Liam Griffin is building his 1986 Mazda RX-7 into a fun daily-driver for the summer using a combination of Audi and Ford parts. Liam originally planned to use a 13B-REW two-rotor however a deal on a twin-turbocharged 2.7 V6 from an Audi S4 B5 was too good to decline. The V6 will feature a single Garrett 3076R turbocharger, AEM Infinity 506 ECU with an AEM CD-7 digital dash, and O1E six-speed transmission. The engine sits on modified Jeep mounts and modified RX-7 subframe with a manual steering rack. Power will be sent to the rear wheels through a Ford 8.8-inch rear end currently being built by Ronin Speedworks.
. 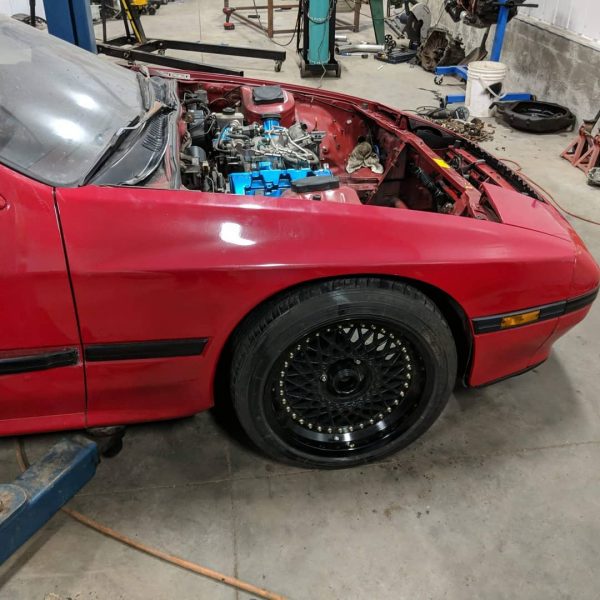 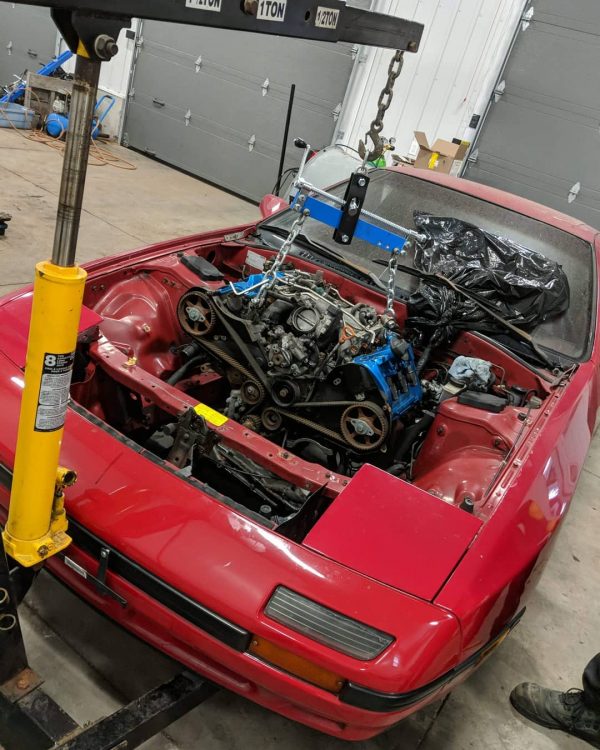 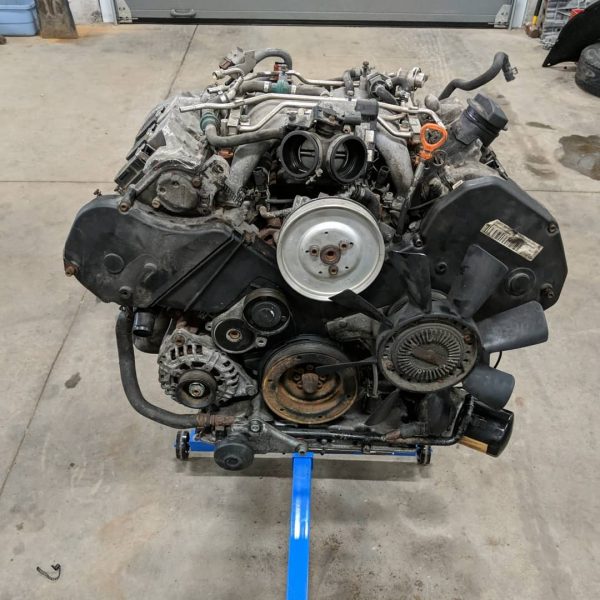 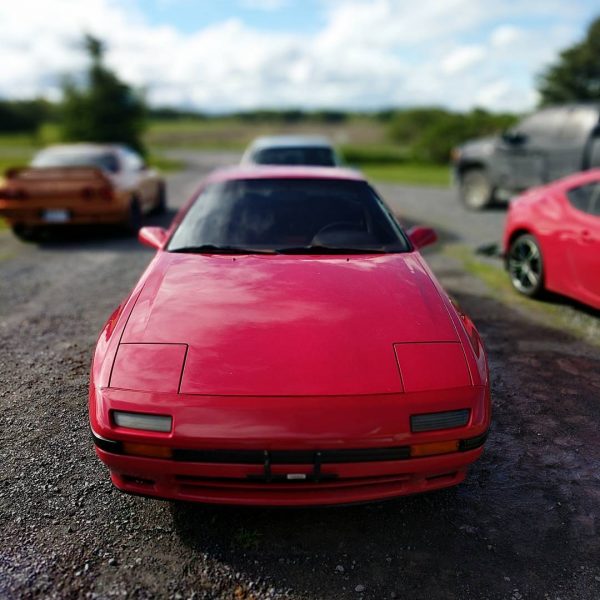 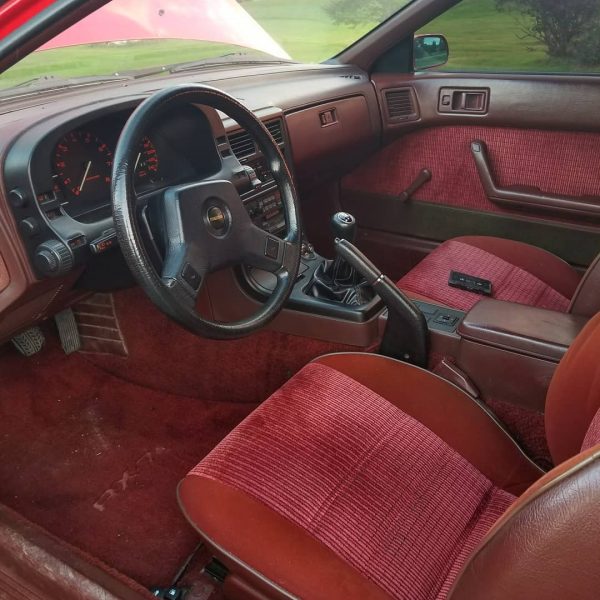