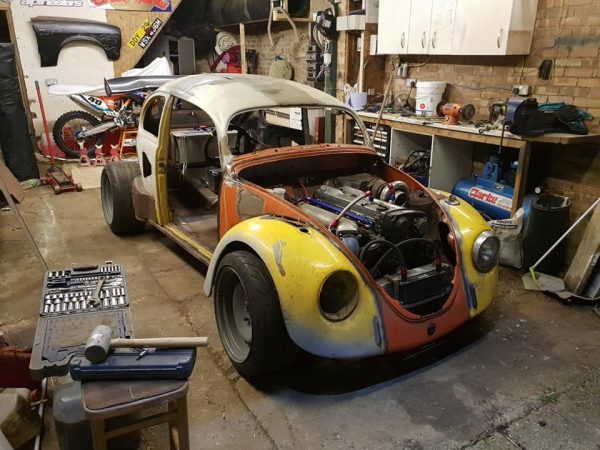 Earlier this year we shared a custom Beetle being built with a BMW E36 chassis/suspension and turbo RB25DET inline-six. Since then the project has made a lot of progress. The engine bay now holds new plumbing to support the built inline-six, Holset turbocharger, and coolers. They also installed a Bride racing seat in the cabin flanked by a custom shifter made using a Weisco piston from a KTM. The front suspension was pulled to weld the wheel arches before being rebuilt with new parts. View more photos and follow the progress on the project’s FB page. 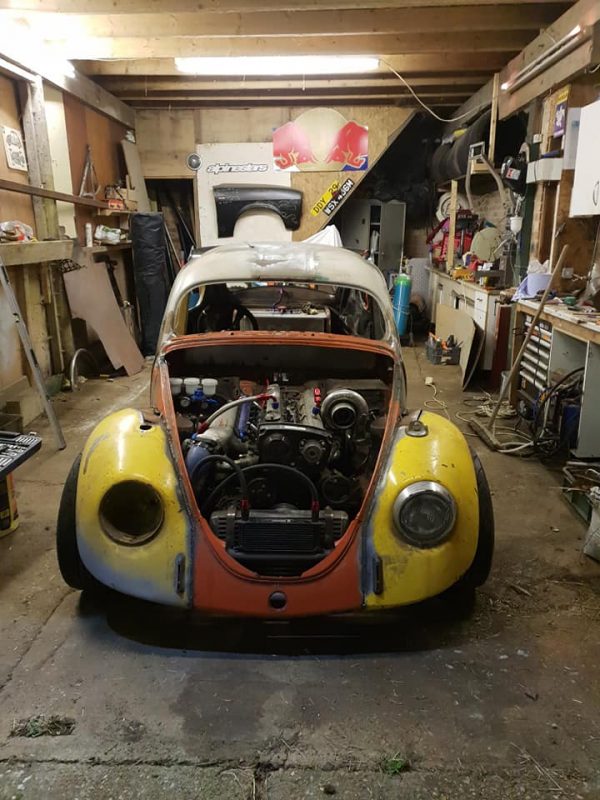 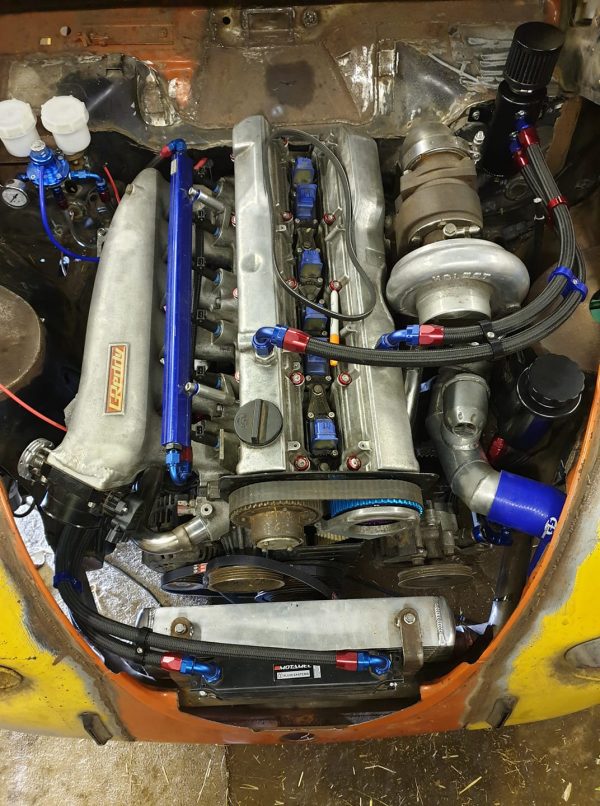 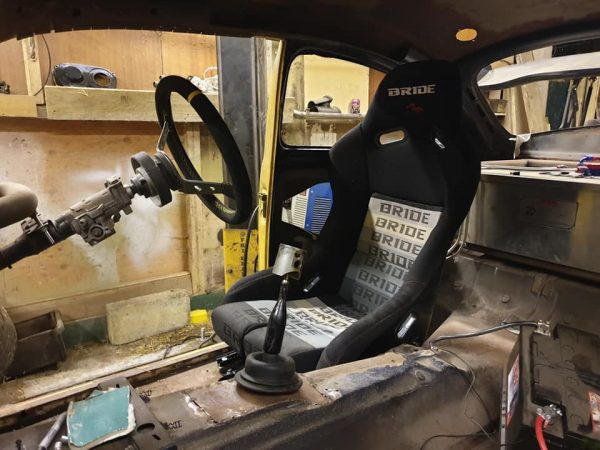 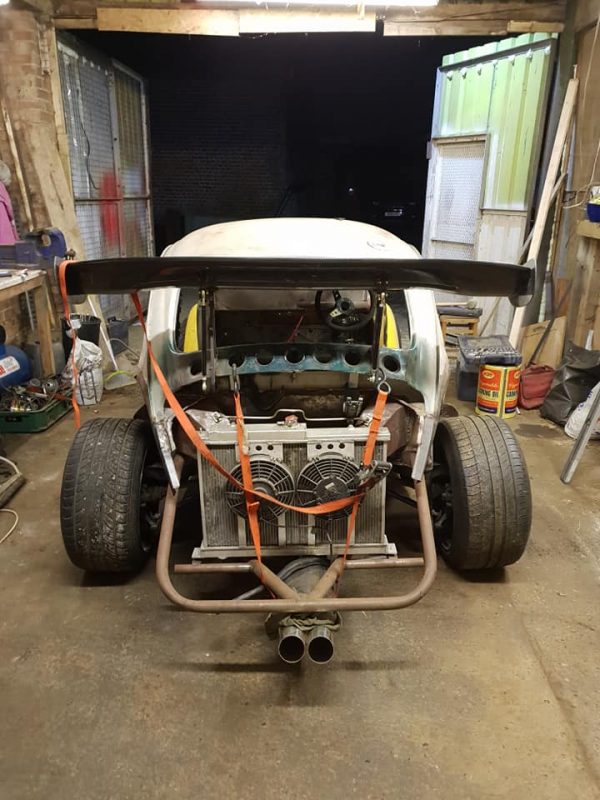