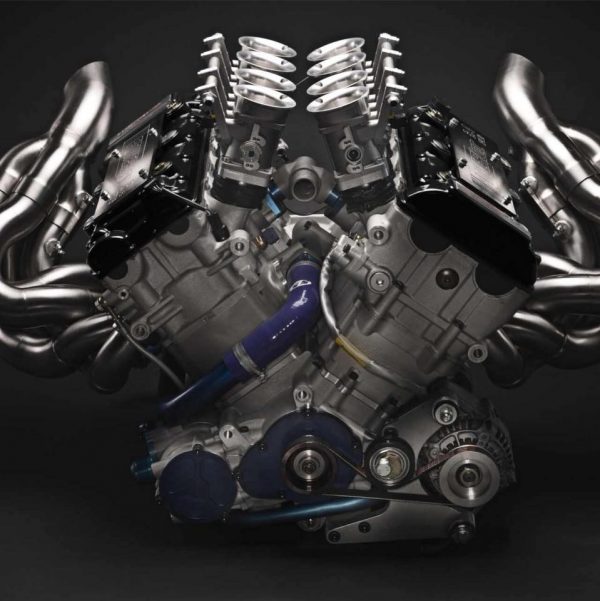 Radical Sportscars is known for their series of race cars and road-legal sport cars built in Peterborough, UK. The company’s powertrain division called Radical Performance Engines (formerly Powertec) also builds a custom 72-degree V8. They developed the engine in partnership with Steve Prentice Design starting in 2002. The prototype engine featured a 2.6 L displacement and made 380 hp at 10,500 rpm in 2004. RPE continued to develop the engine and now sells three variants, a 2.7 L, 3.0 L, and 3.2 L model. They produce 400-500 horsepower depending on displacement and tune. Each engine features Suzuki GSX-R Hayabusa heads, custom crankcase, dry sump system, and flat-plane crankshaft. Listen as Andre from High Performance Academy interview James Pinkerton about the advantages and disadvantages of the unique engine. Then listen to a few videos of the high-revving V8 running.