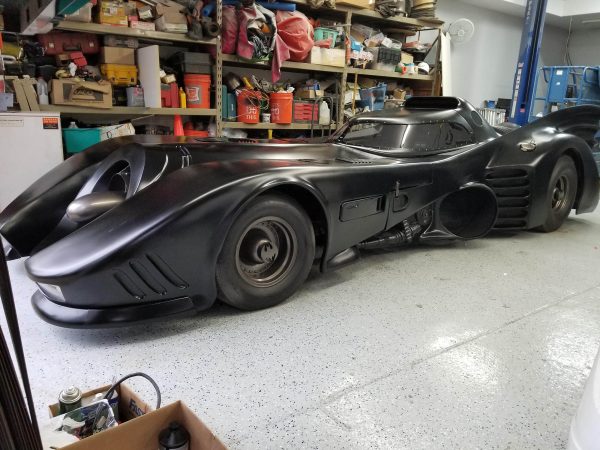 Brian Hendler and father Bill Hendler along with best friend Treavor Warren have put in many hours and good times building their custom replica. The vehicle will visit charity and fundraising events where the team hopes it will create as much fun for others as it did for them. 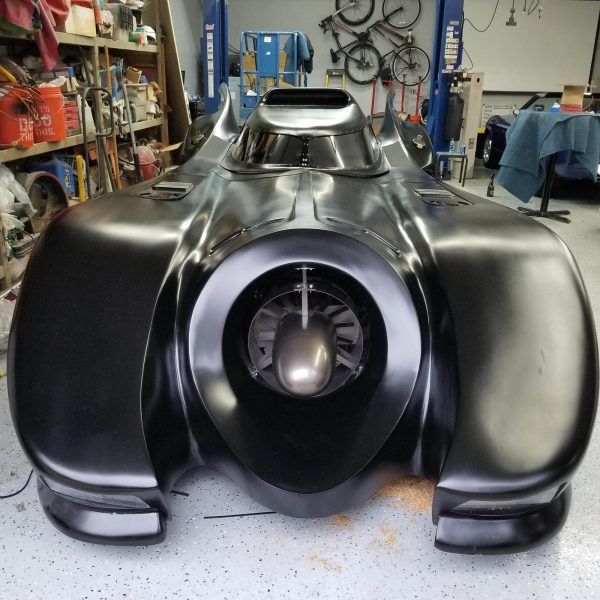 The project starts with a stretched and boxed GM A-body chassis. They replaced the small-block Chevy V8 for a 702 ci GMC Twin-Six V12. The V12 had spent the past 30 years on a farm to pump water. After the engine dropped a valve, they rebuilt it with new cam bearings, new rods bearings, and bored the block .020 over. 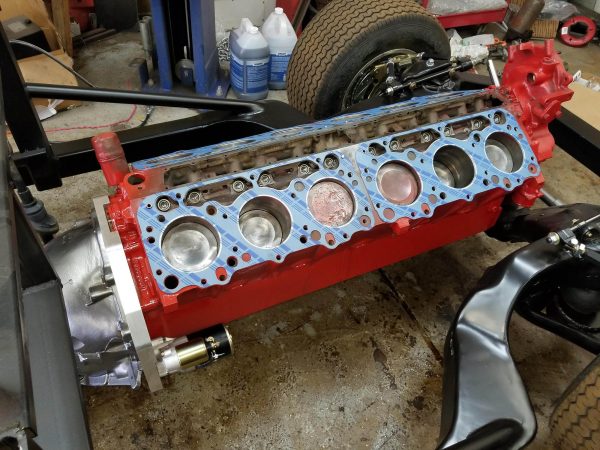 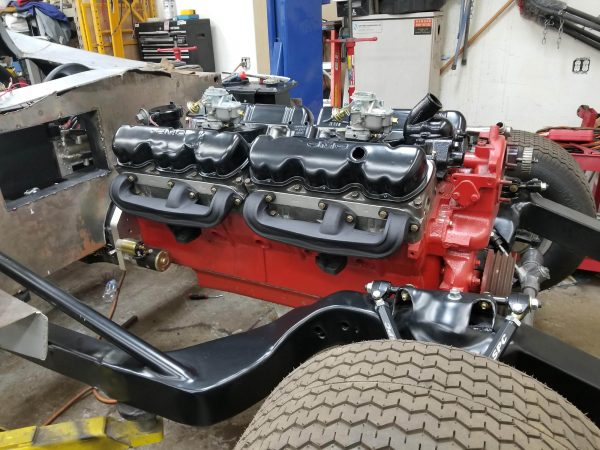 Brian wanted the engine to sit as low as possible and the factory 14-inch tall oil pan wasn’t helping. So they reduced the oil pan height to four inches and added a 5-stage dry sump system with a five gallon oil reservoir. Brian estimates the engine is making 285 hp and 690 lb-ft of torque with two 350 cfm carburetors.

The massive V12 is covered by a 300-pound hood raised and lowered by four actuators. It’s kept cool thanks to a radiator in the back of the car and a 60 gpm pump flowing coolant along pipes along the passenger-side. 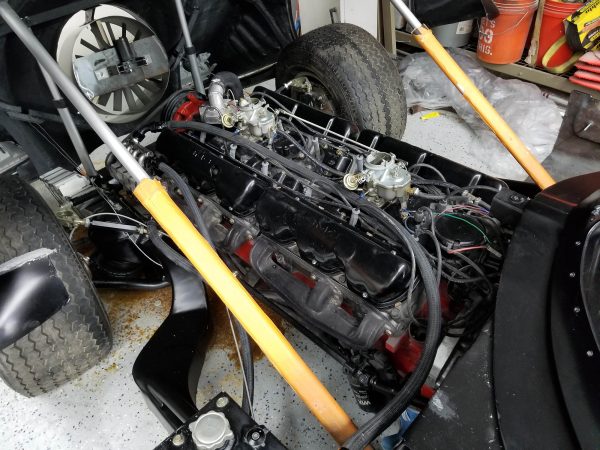 They mated the V12 to a heavy-duty Turbo 400 automatic transmission thanks to a custom aluminum adapter plate. The transmission sends power through a custom driveshaft to a rebuilt heavy-duty 10-bolt rear end. 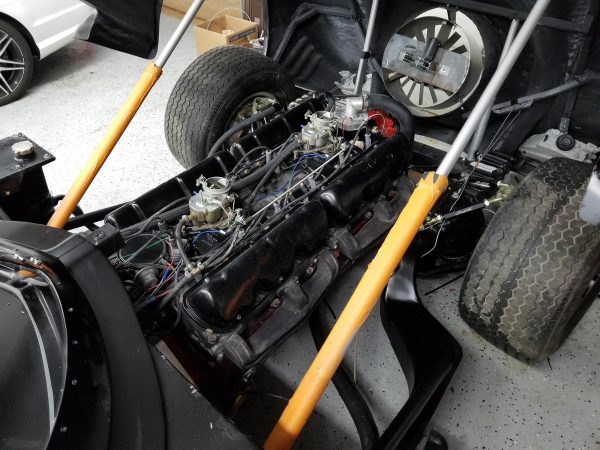 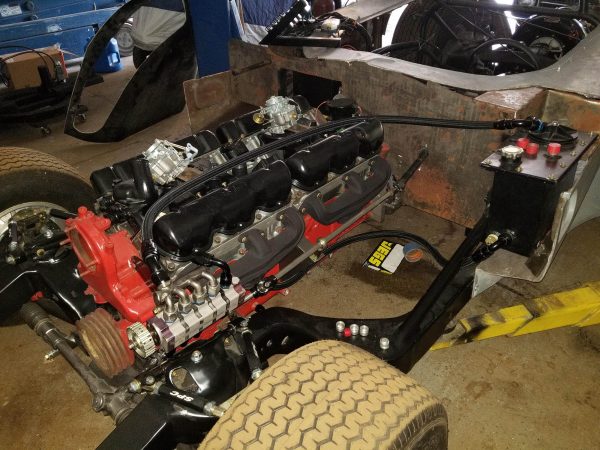 In the back of the vehicle sits a Boeing T50 (Model 502) turboshaft engine. The engine was built and converted to thrust only by Transturbine. 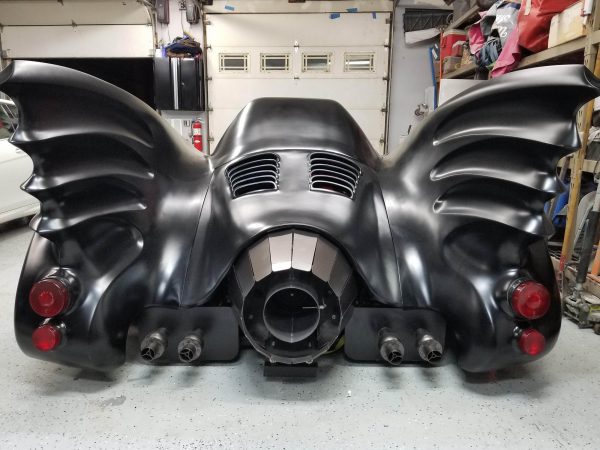 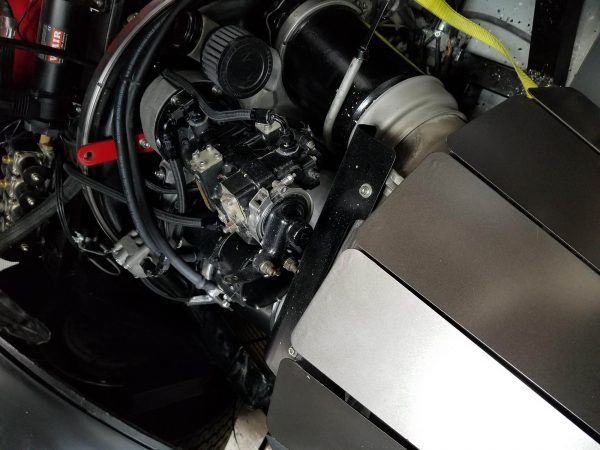 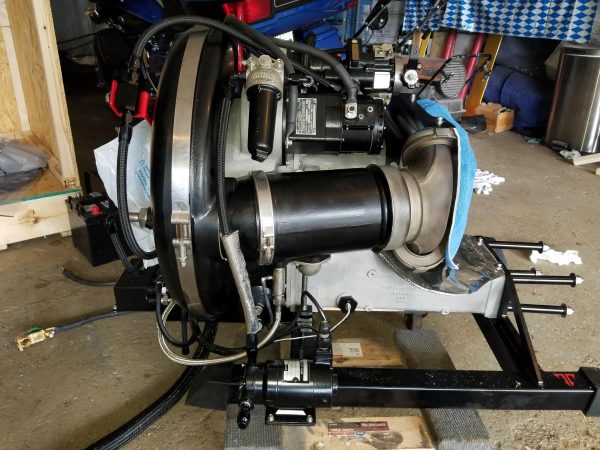 The team also built a custom turn-around system. They started by reinforcing the chassis to eliminate flex while off the ground. Then two hydraulic rams lift the car up off the swing ring sitting on the ground. Micro switches indicate the car is safe to turn when the the correct height is reached. Another custom system holds the wheels up when the car leaves the ground. The team is currently working on controlling the car’s features from a smartphone.