Polaris Slingshot with a Turbo 2JZ 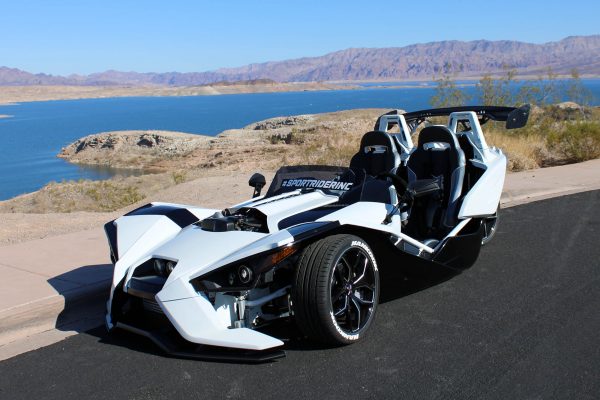 Scott Riley set out to create a unique Polaris Slingshot at his company Sport Rider in Altoona, Wisconsin. The project was built to be a raffle prize at a rally event with proceeds going to a charity. Unfortunately in the middle of the build the rally planner informed him the raffle was canceled. Scott decided to continue on and finish what he started.

Scott originally considering powering the Polaris with a LSx V8. However a good friend recommended he look into using an Audi V8. Scott decided against the Audi V8 after researching it. The friend then recommended a Toyota 2JZ inline-six. Scott agreed to the choice after discovering the aftermarket support for the 2JZ and compatibility with the Polaris transmission. 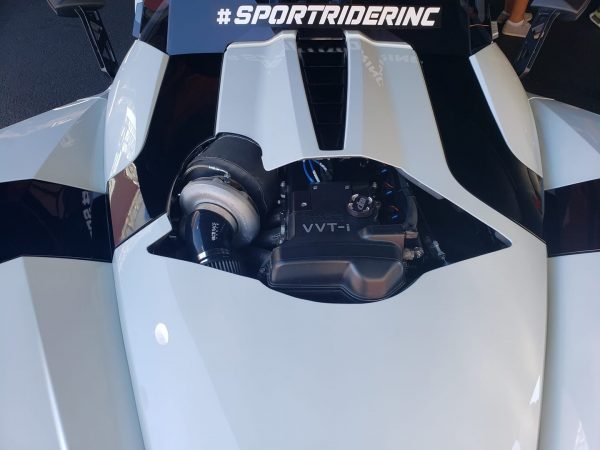 Scott’s Friend found him a Lexus IS300 with a naturally-aspirated 3.0 L 2JZ-GE inline-six and 200,000 miles. Scott turned to his Father, an experienced engine builder to breath new life into the motor. Together they installed Eagle rods, JE pistons with 8.5:1 compression, new valve springs, BorgWarner 66 mm turbocharger, and AEM Inifity ECU. 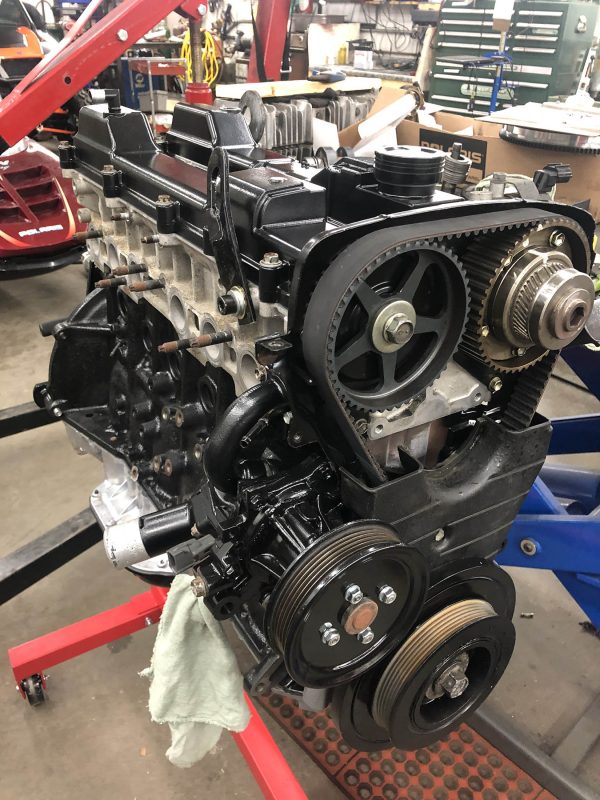 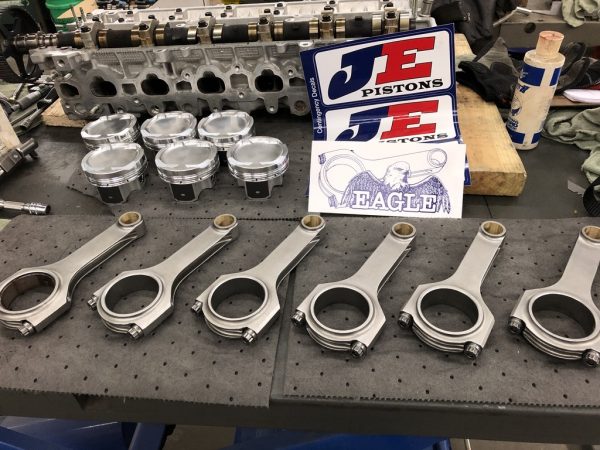 Scott installed the motor using custom mounts and replacing the front sump oil pan with a rear sump oil pan. He also installed an AEM Carbon 5 digital dash since the factory Slingshot dash would no longer work. The turbocharged 2JZ produces 400 horsepower to the wheels. Scott wants to raise that to 500+ horsepower in the coming months. 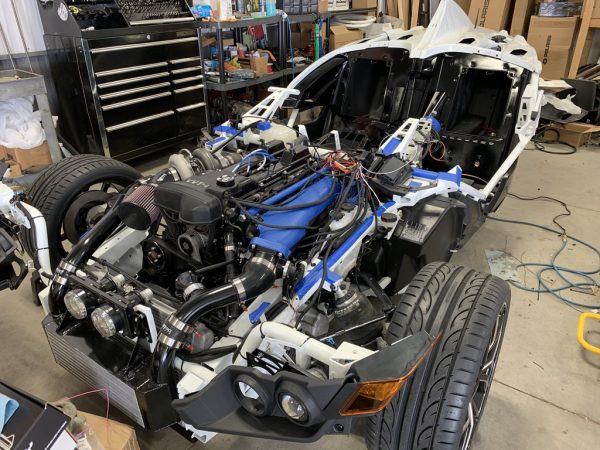 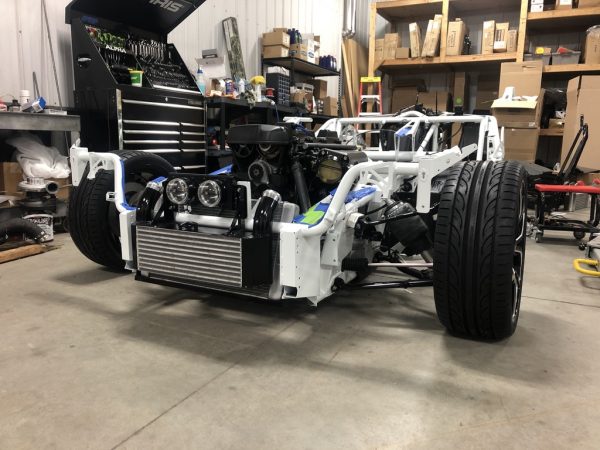 The Slingshot’s MA5 five-speed manual is based on the Aisin AR-5 transmission and shares the same bellhousing-to-case bolt pattern. So Scott was able to bolt the Slingshot transmission to the 2JZ using a stock Toyota bellhousing. He upgraded to a Drift Motion Stage 2 clutch and lightweight flywheel. 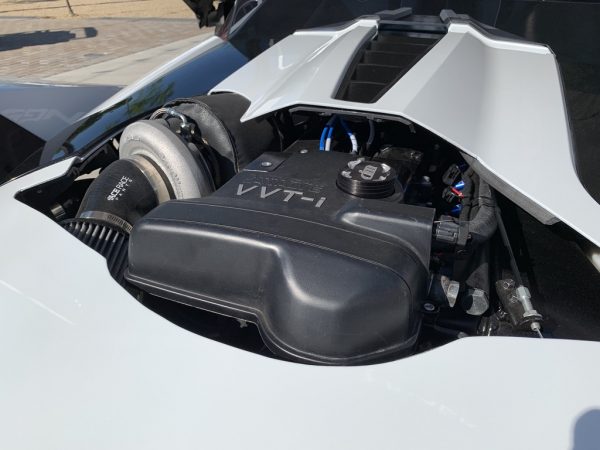 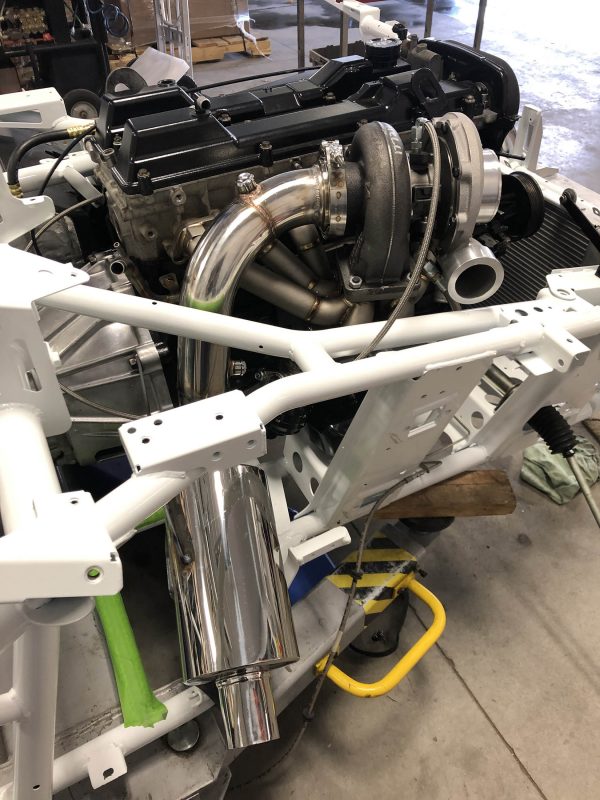 Scott did not stop at the powertrain. He also installed a custom Ridetech/Accuair suspension by Rev Dynamics in Texas. The system features Shockwave Air Shocks, Accuair E-level controller kit, and two air tanks located next to the driveshaft. The Slingshot rides on a set of Chip Foose F150 Outcast wheels with Hankook Ventus V12 tires. 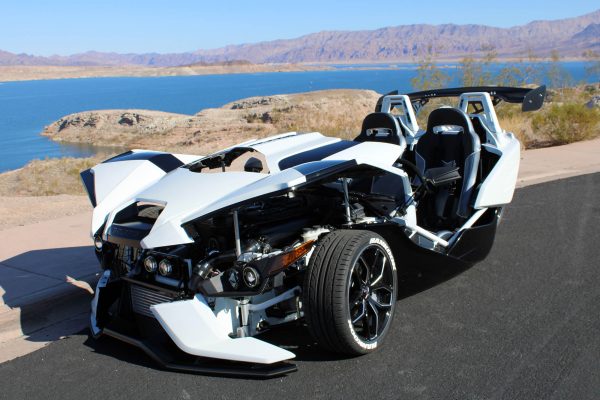 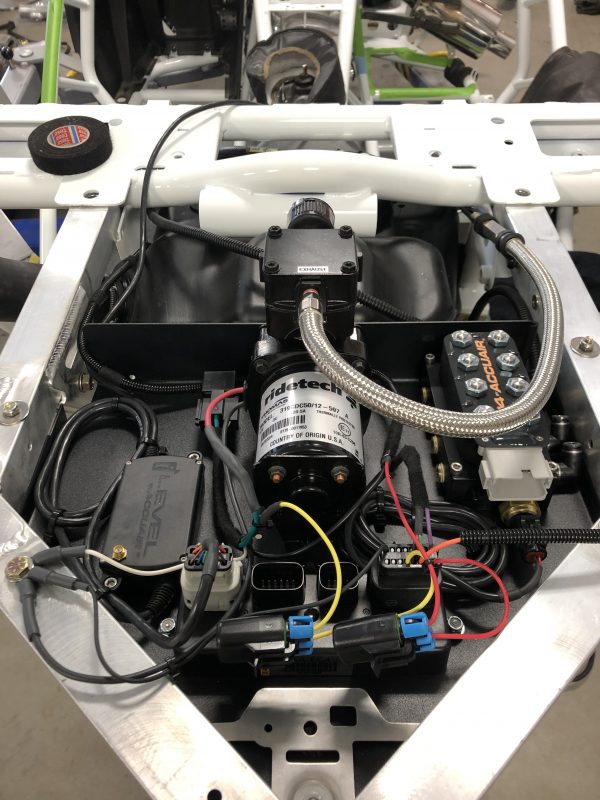 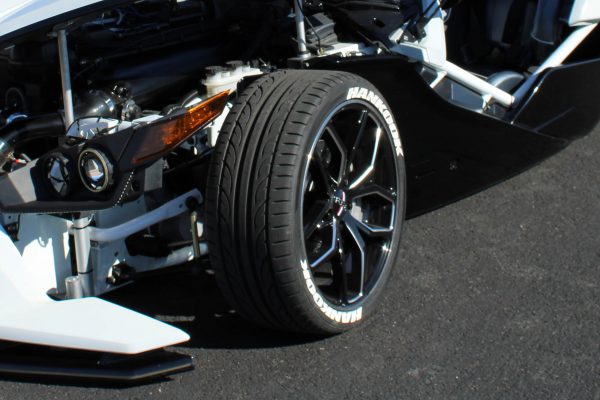 3 thoughts on “Polaris Slingshot with a Turbo 2JZ”