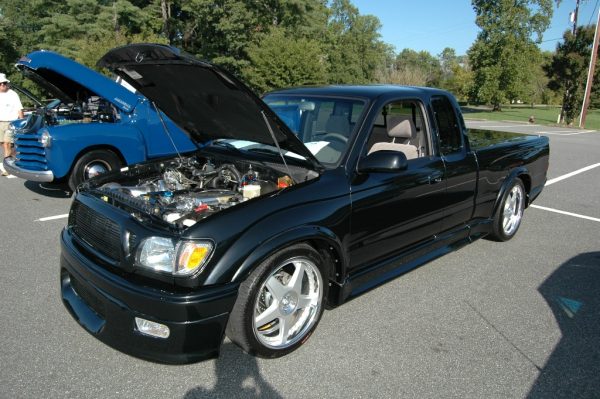 This 2003 Toyota Tacoma S-Runner has a little surprise under the hood. Instead of the factory installed 5VZ-FE V6, it is now powered a 3.0 L 2JZ-GTE inline-six from a 1994 Toyota Supra. The engine was converted from twin-turbo to a single Sound Performance 67 mm turbocharger. The Toyota Tacoma S-Runner was the sports version of the Tacoma coming with a V6 and manual five-speed transmission. It also had a sports tuned suspension and was lowered.