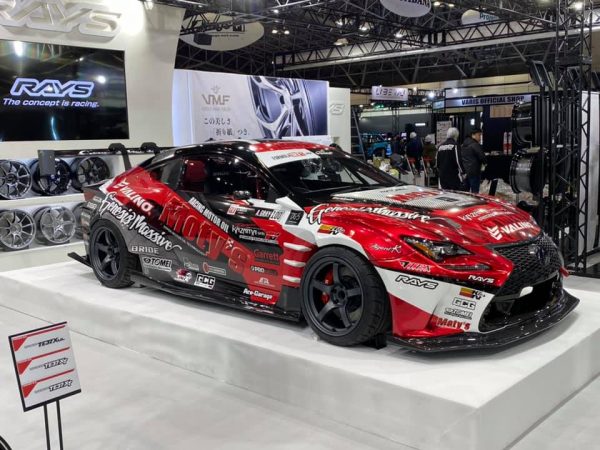 Andrew Gray won the Formula Drift Japan championship in 2015, 2016, 2017, and 2019. Andrew plans on trying for a fifth championship this year in a new vehicle, a 2020 Lexus RC built by his company Power Vehicles in Ebisu, Japan. Under the hood sits a turbocharged 3.6 L 2JZ-GTE inline-six capable of 1000+ horsepower. The engine features a Tomei 3.6 L stroker kit, GCG G42-1200 Compact turbocharger, and Link ECU. A G-Force four-speed transmission sends power to a JZX100 differential. Other changes include FIGS Engineering control arms and Kazama Auto Services body kit. 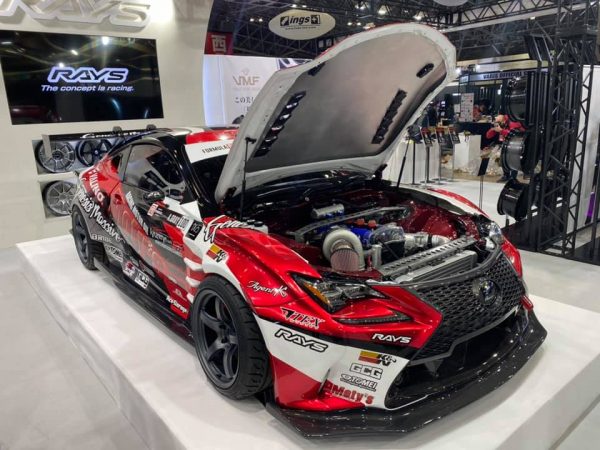 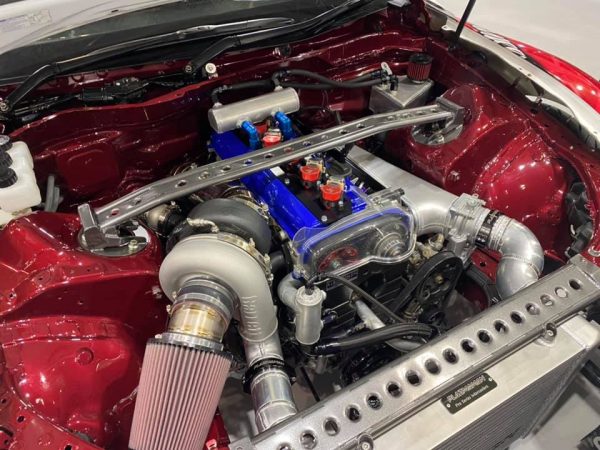 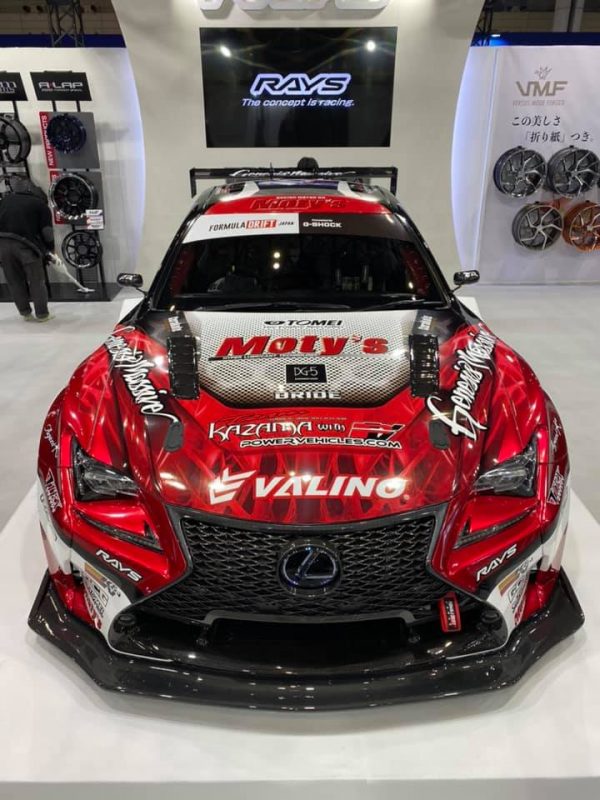 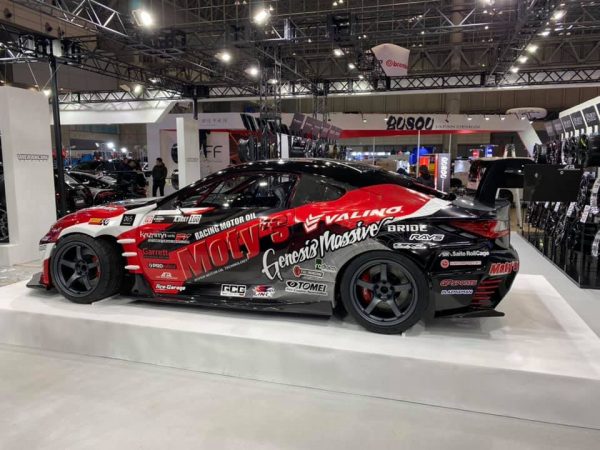