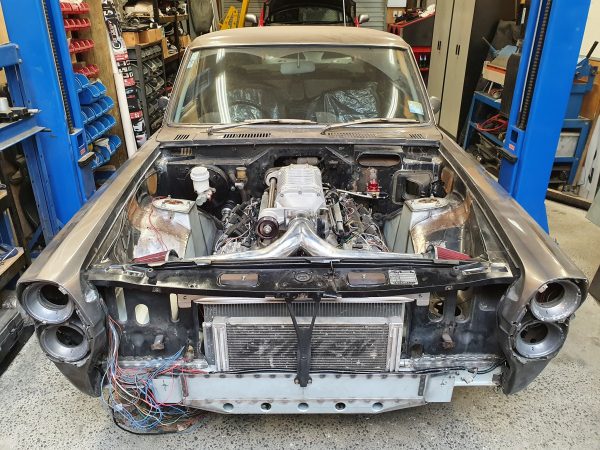 The Lab released several updates on their 1969 Nissan Gloria Super Deluxe project. The car was originally built with a L-series inline-six, five-speed manual, and open-diff. The company is replacing the factory powertrain with a supercharged 5.6 L VK56DE V8 capable of 500-600 hp, 350Z six-speed manual transmission, and Ford 9-inch rear end. Enjoy watching the build series below and view more photos in the FB build album.

Source: The Lab and The Lab Limited FB page