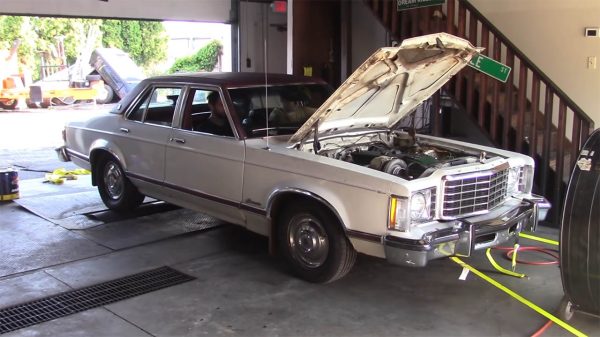 Fuel Injection Sucks is back with an update on their 1976 Ford Granada project. The car is powered by a turbocharged Barra inline-six, Chevy 4L80E automatic, and Ford Explorer rear end. In this video the team explains how they solved an issue with the engine running poorly. Then they take it to the dyno where the motor made 538 horsepower to the wheels on 23 psi of boost.