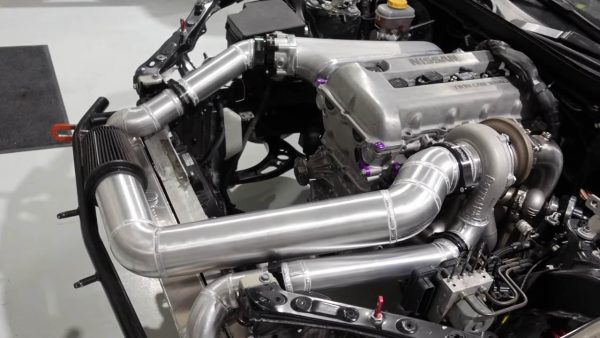 The High Performance Academy team are back with an update on their Toyota GT86 race car. In the previous video they explained their original plan of using a built 4.5 L 3UZ-FE V8 was being put on hold. Instead they will use a turbocharged SR20VE inline-four making around 650 hp from a Garrett GTX3076 Gen II turbocharger. In this update the team receives help from Vinny Fabrication making the turbo downpipe and exhaust, custom intercooler, and piping.