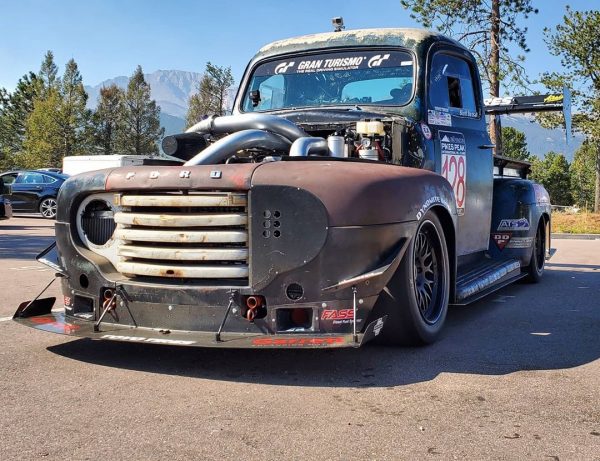 Scott Birdsall from Chuckles Garage and his custom 1949 Ford F-1 truck called “Old Smokey” set a Pikes Peak Hill Climb record in the Exhibition Diesel class. He achieved the record time of 11:24.065 despite the ECU going into limp mode for 1/3 of the race and limiting output to 300 horsepower. Scott built the truck in 2016 with a compound turbo 5.9 L Cummins ISB inline-six producing 1,200 horsepower. Since then he’s upgraded to a compound turbo 6.7 L Cummins inline-six built by Freedom Racing Engines producing 1400+ horsepower on 100-110 psi of boost. The motor features DDP 12 mm CP3 pump and Super Mental injectors, Garrett G42-1450 and GTW-3884R turbochargers, Nitrous Express NXD375 system, and runs on Nexdiesel petroleum-free diesel. The drivetrain features an ATS Diesel Stage 4 47RE four-speed transmission and a quick-change rear end. 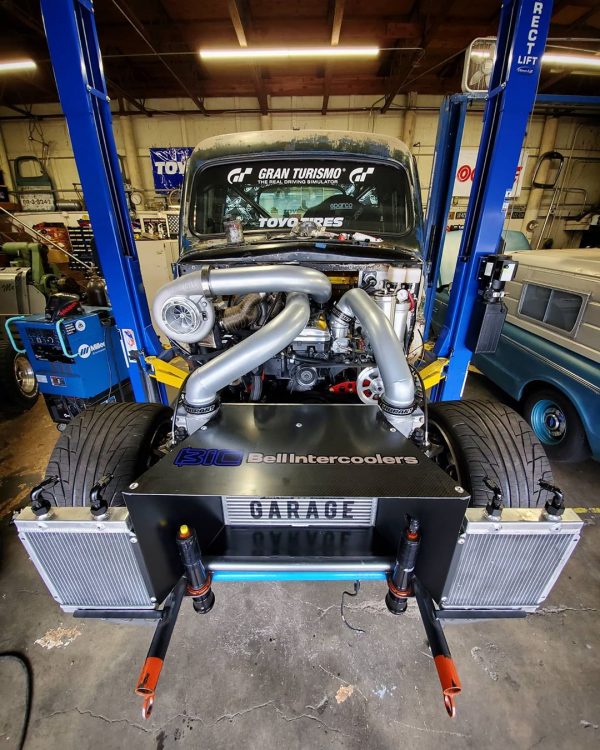 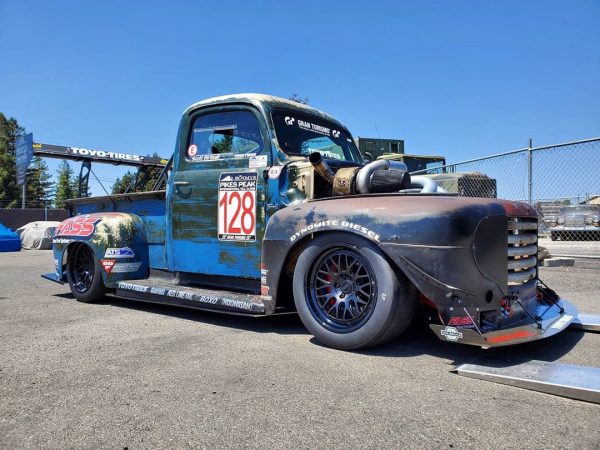 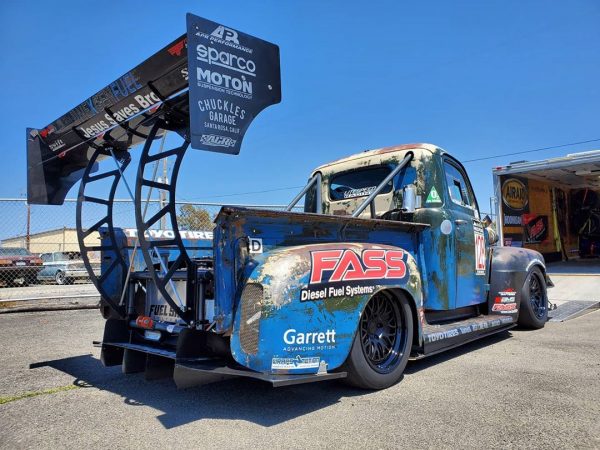 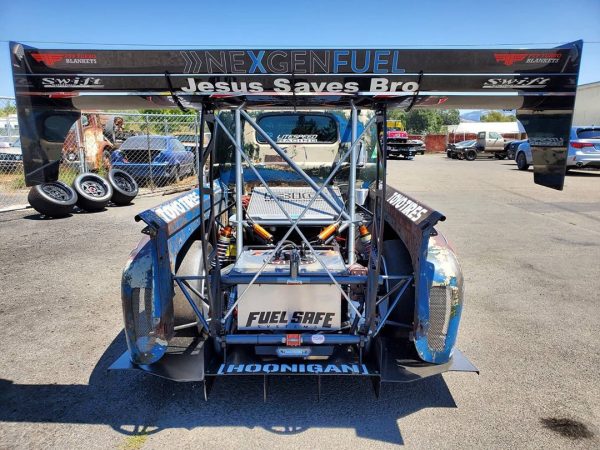