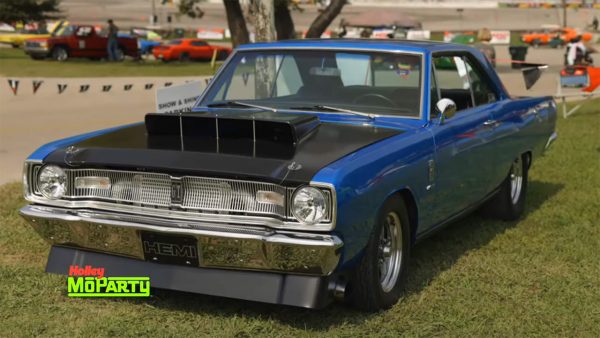 Dustin Smith built his 1967 Dodge Dart in seven months. It was previously powered by supercharged 360 ci V8 but he swapped to a turbocharged Gen 3 Hemi V8. The motor features a 5.7 L block, MMX forged rotating assembly, 6.1 L crank, VS Racing turbocharger, 6.1 L intake, and Terminator X ECU. The motor sits on a custom K-member built by Dustin and sends power through a TR6060 six-speed manual transmission. Dustin also built a custom swap bar and lower control arms to go along with the QA1 upper control arms and Mustang II spindles. Listen as Dustin explains the car while attending Holley’s MoParty 2020. 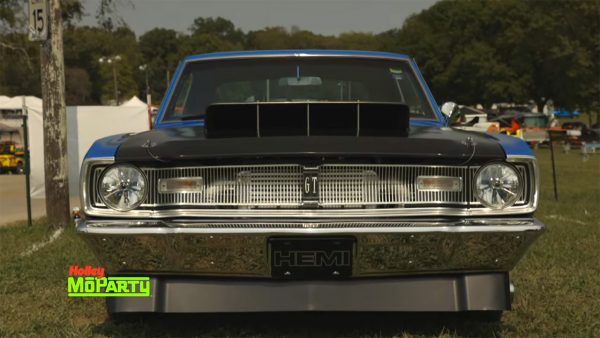 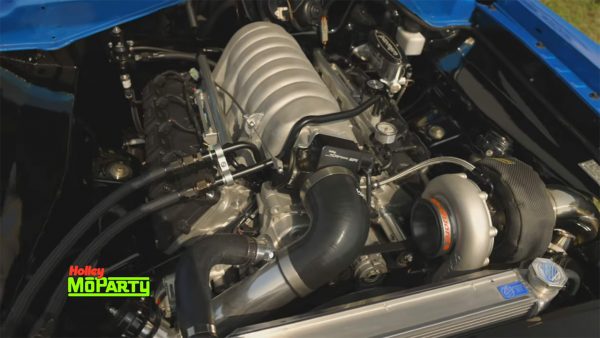 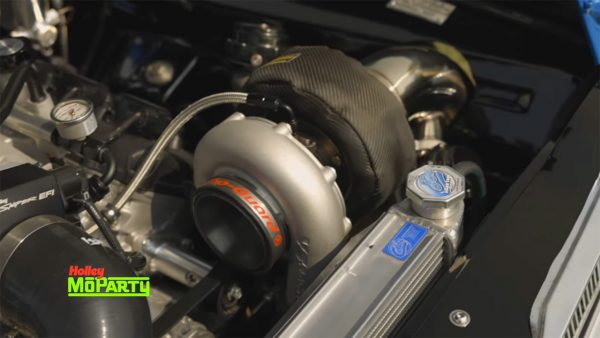 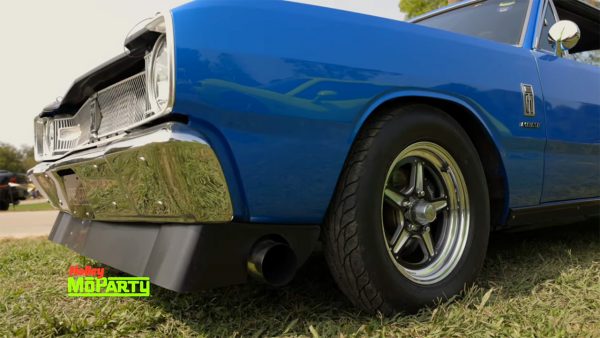 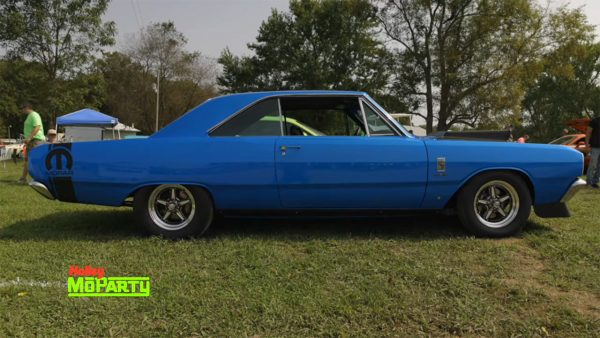