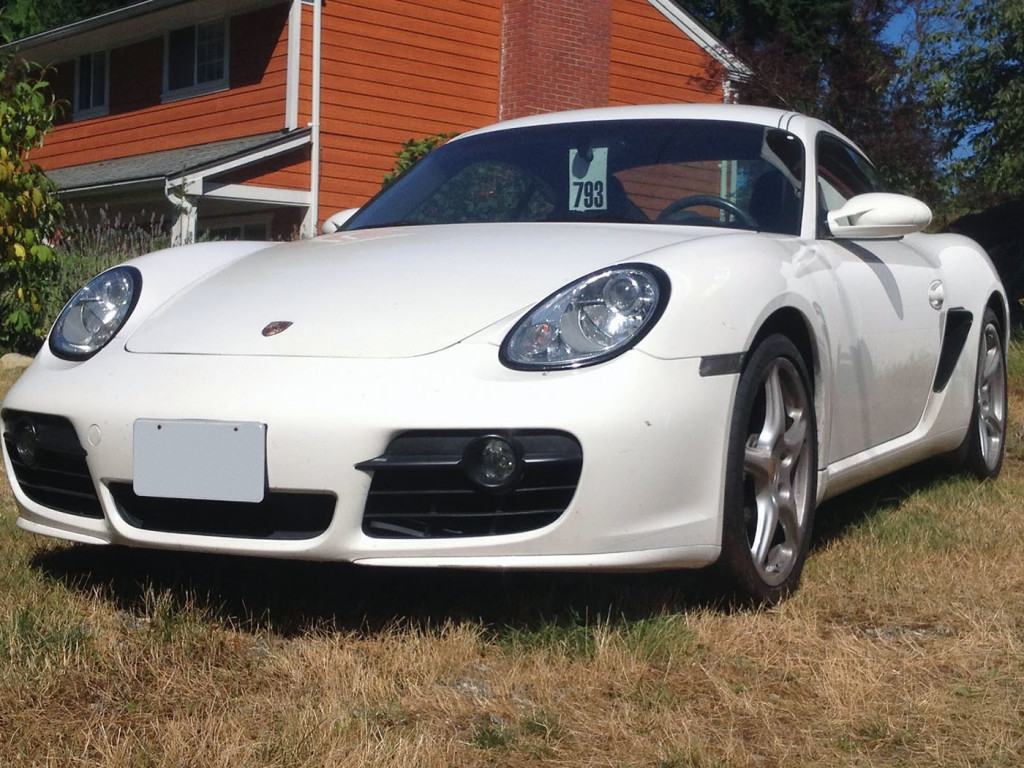 Joshua Murray found a stock 2007 Porsche Cayman S with a blown motor and thanks to his extensive race fabrication background this little German sports car received a new American heart. 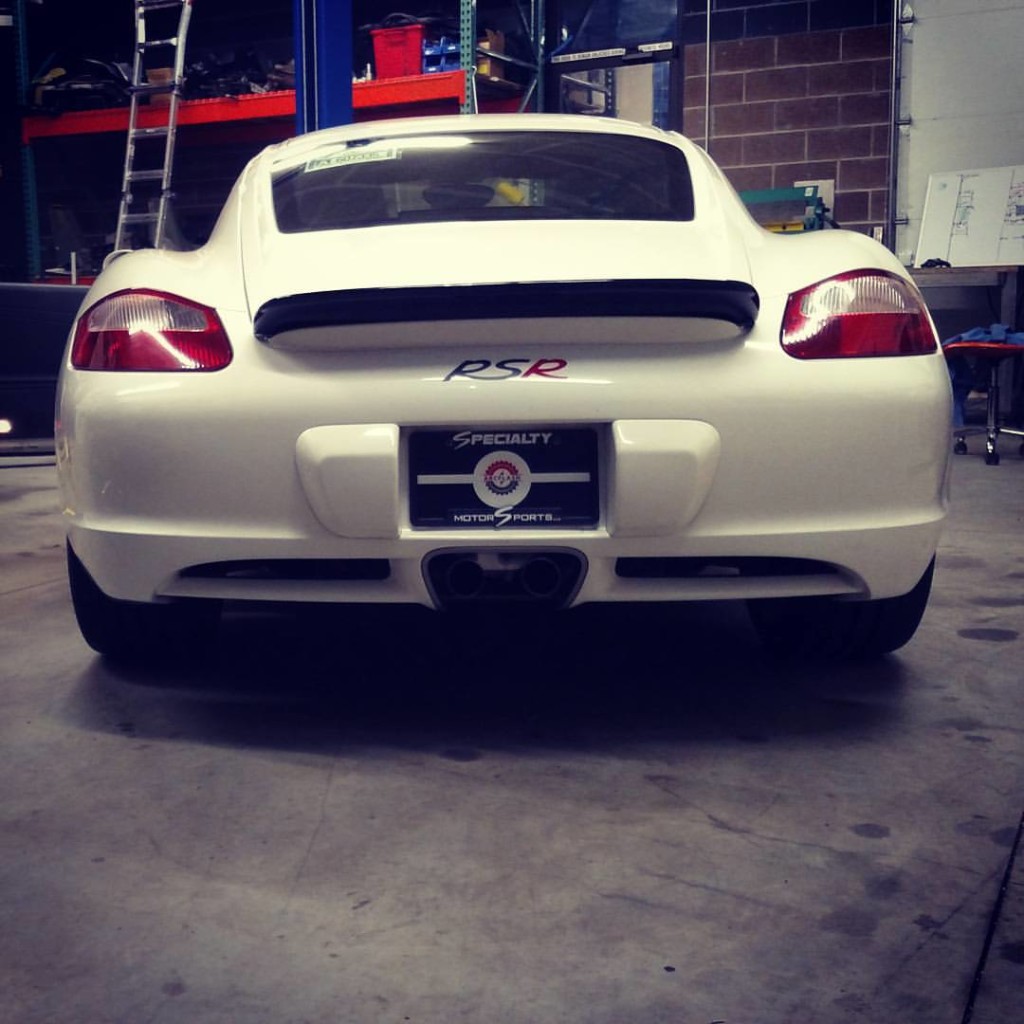 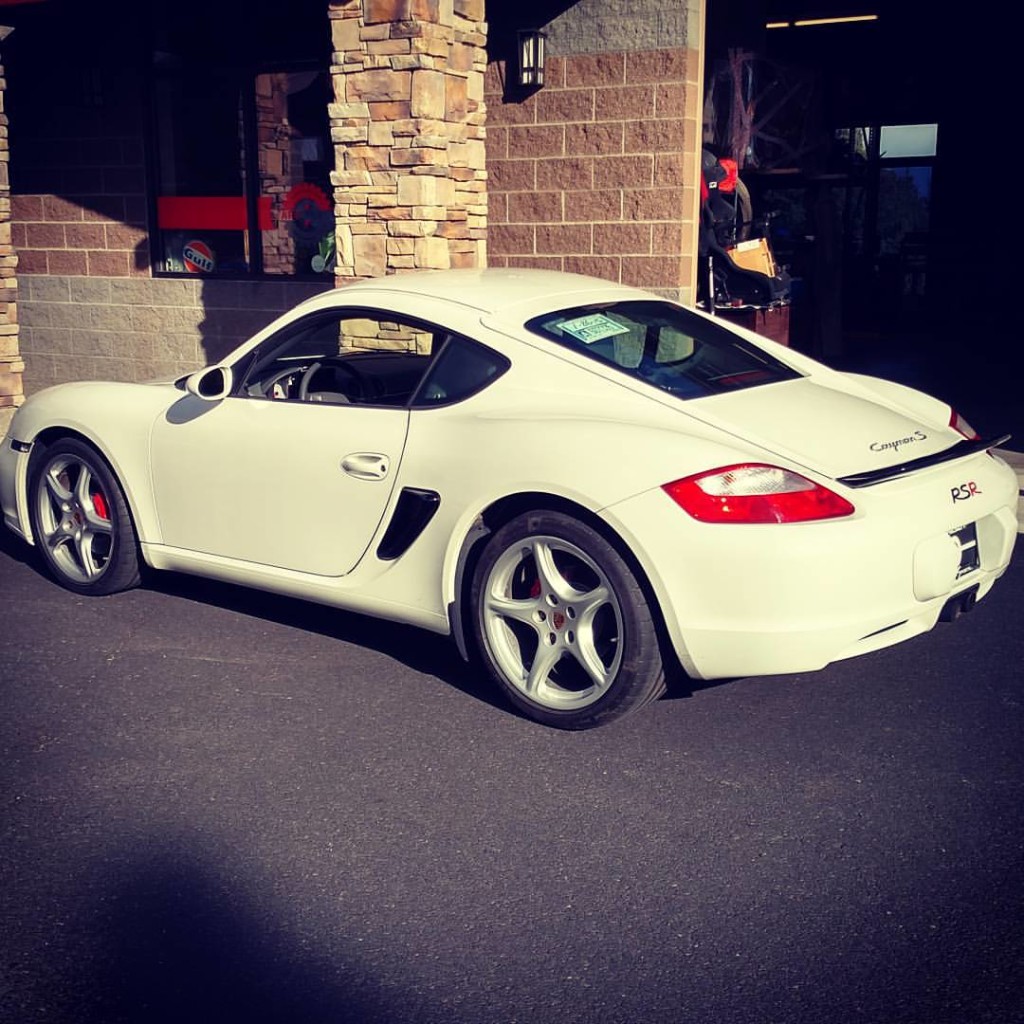 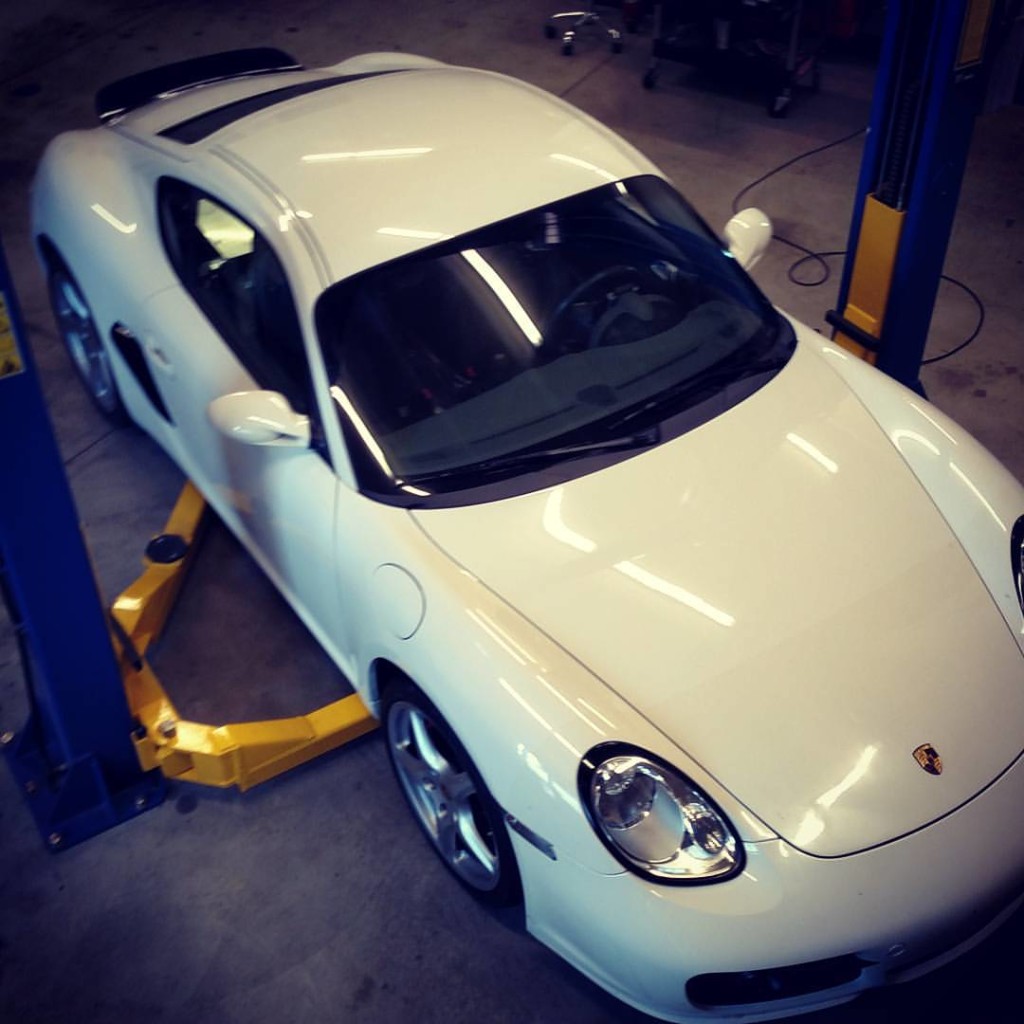 Joshua wanted to go with an engine that had plenty of power so he chose a LS3 376/480 crate engine. This engine out of the box comes with a LS Hot Cam and produces 480 horsepower and 475 lb-ft of torque. The engine was installed using a non-AC accessory kit and the GM engine controller and wiring harness. Because the Cayman is a mid-engine layout the manifold and valve covers were turned around so they would face the back of the motor. 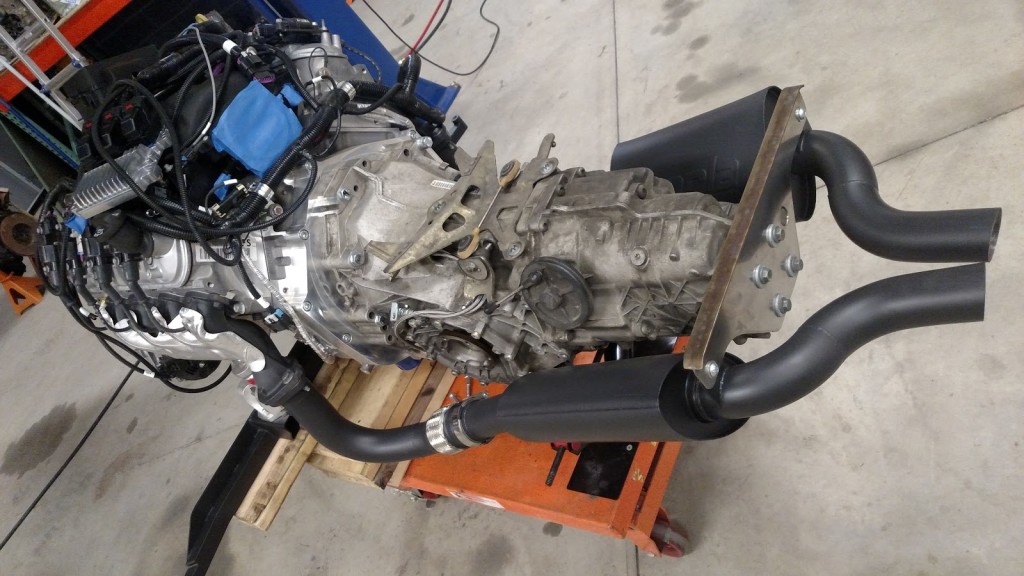 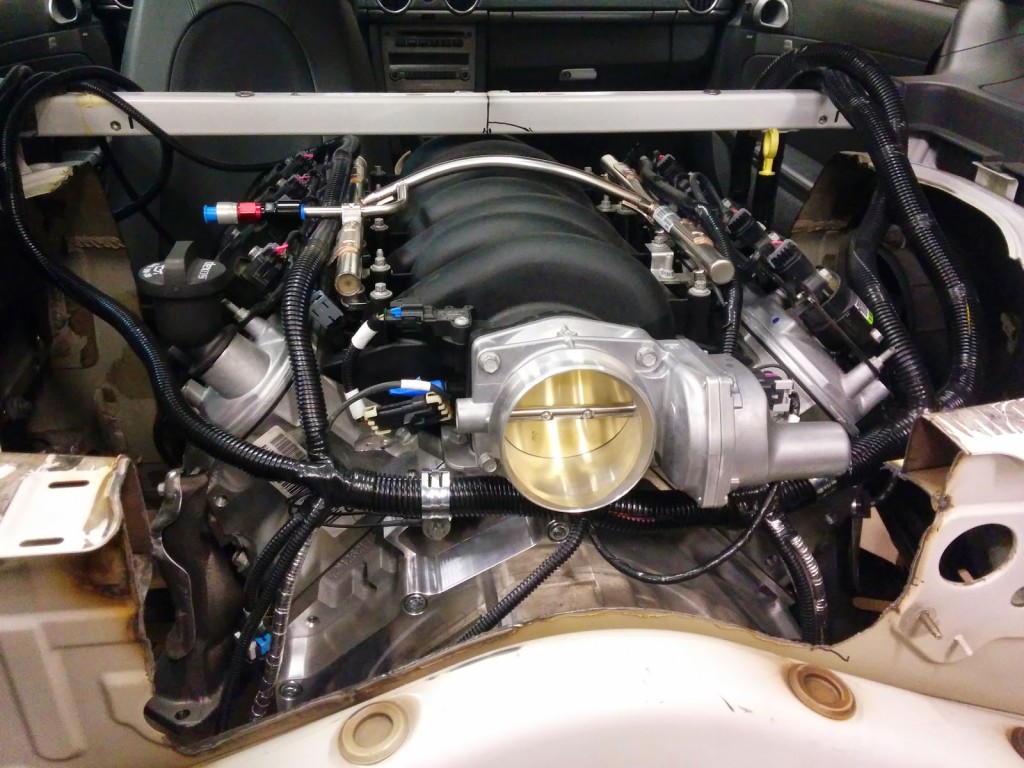 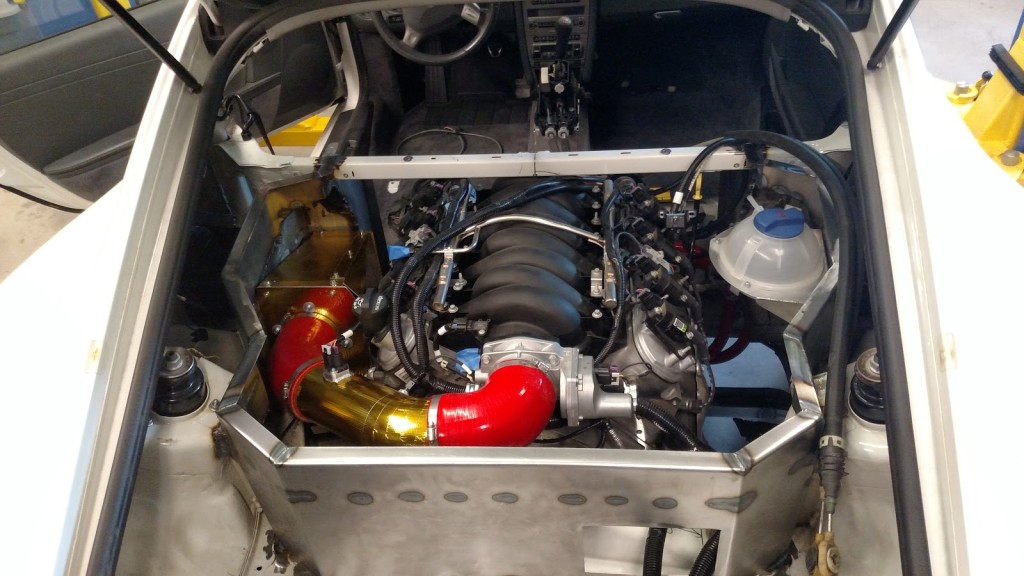 Here is a comparison of one side of the Porsche flat-six next to the LS3. 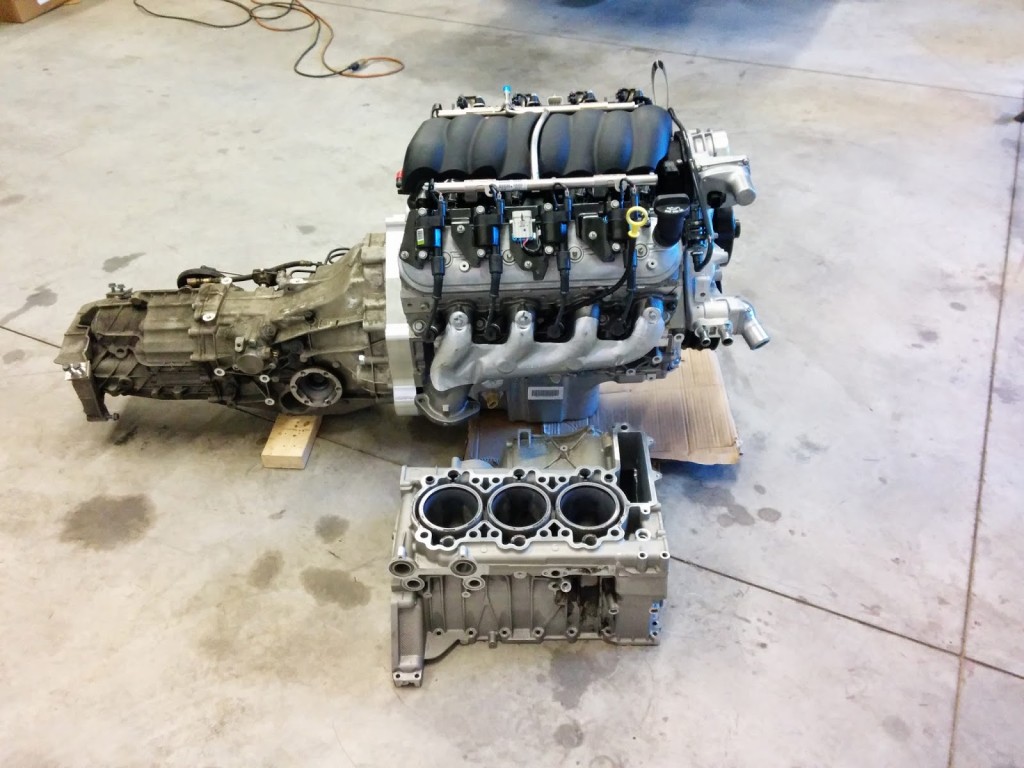 After testing fitting the engine several times Joshua decided he didn’t like the typical engine location most use on the Cayman. The CV joints were pushed back four inches from the stock location and it required an electric water pump. It also limited which dry sump systems could be used. The solution was to build his own custom crossmember and cradle. This would give enough room to run a stock water pump and put the engine in an ideal location. 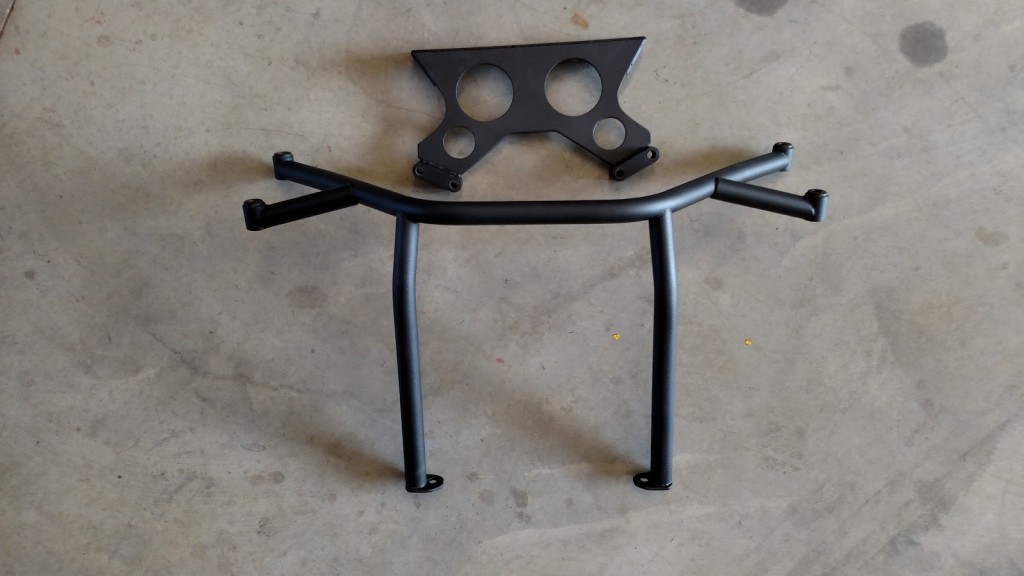 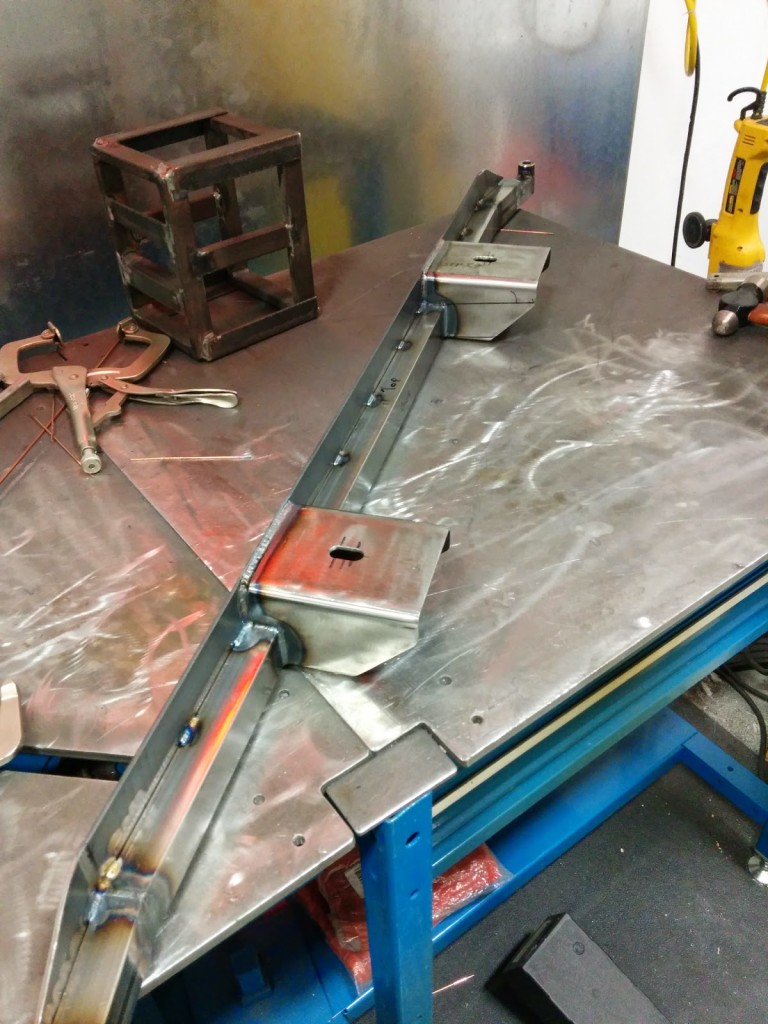 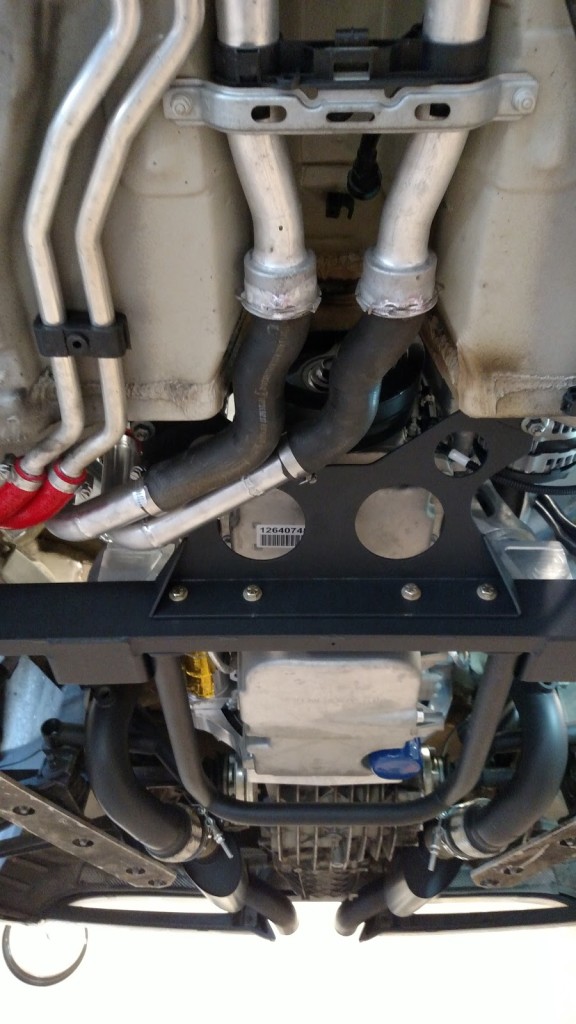 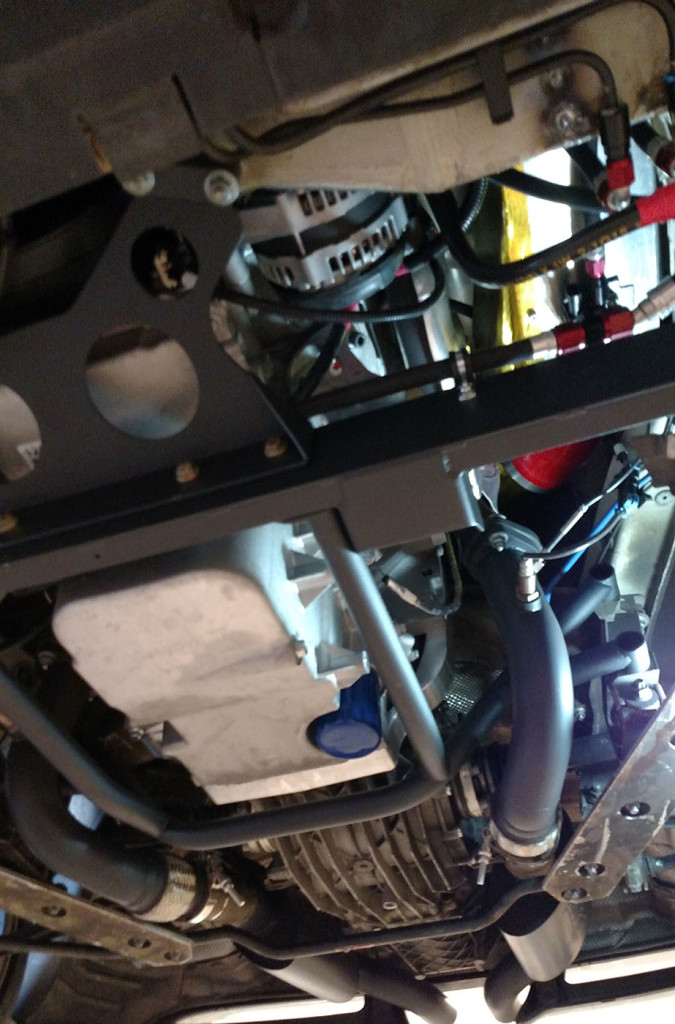 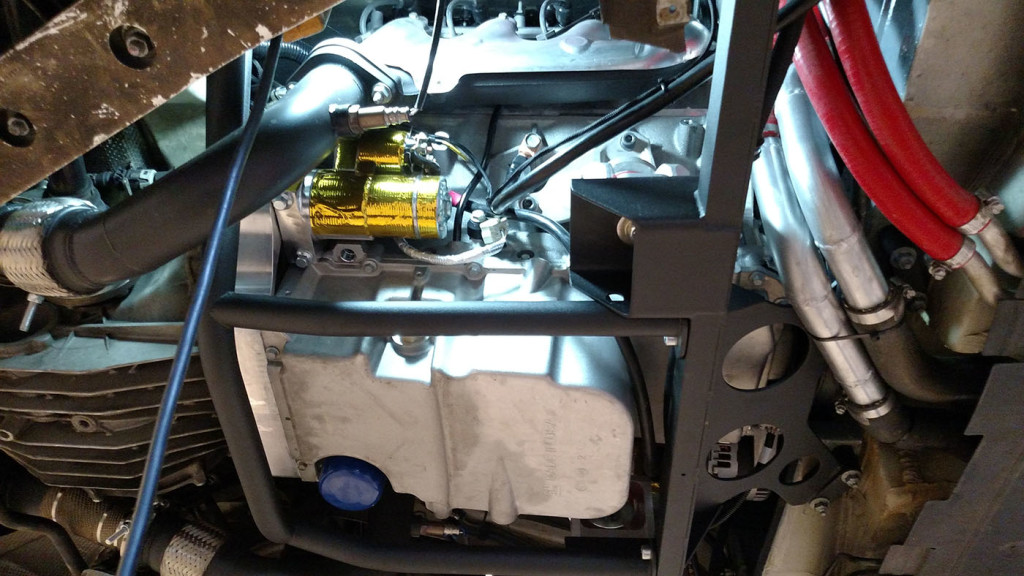 The Cayman is still running the factory six-speed transaxle and open differential. It is connected to the engine via a Kennedy Engineering LS adapter plate. The transmission uses a Quarter Master 7.25″ dual disk clutch, LS3 Button flywheel and custom flywheel spacer. The transmission mounts were modified to be 1.5 inches further back. 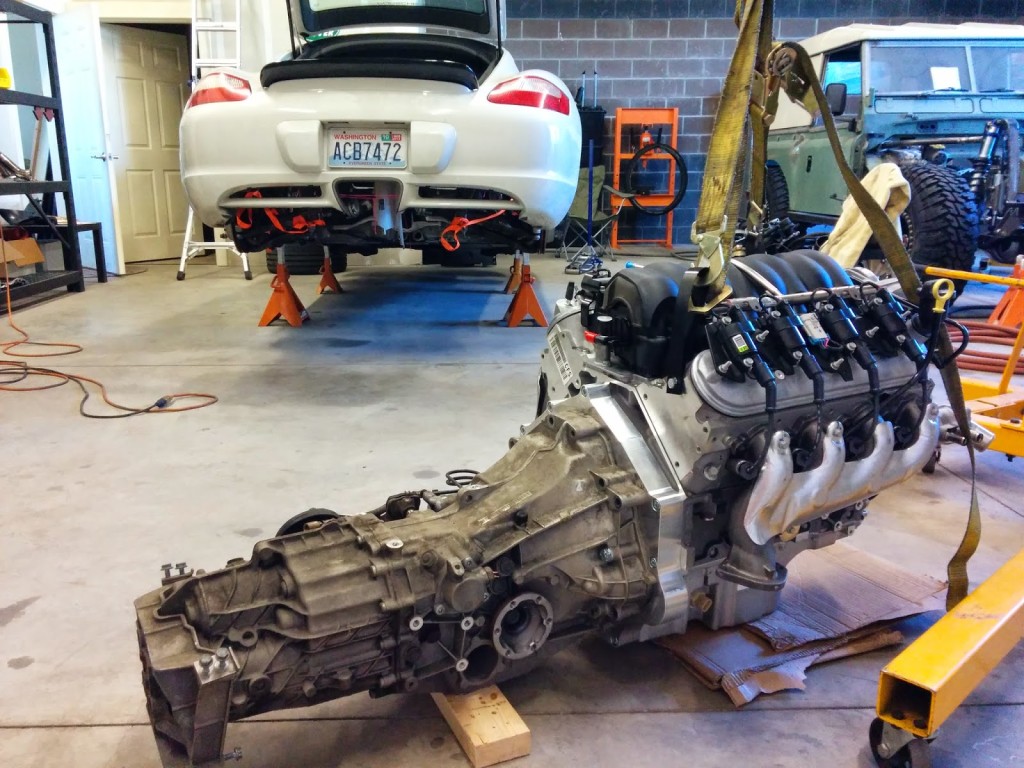 The most recent modification was a Arcflash digital dash. Joshua is one of three employees who work at Arcflash developing their digital dash system for track day enthusiasts. They installed the dash using their 100% plug and play LSx harness that connects to the engine’s OE 10 pin connector. The system provides all the OBD2 data and leaves 10 analog inputs for additional sensors such as EGT, fuel pressure, and oil pressure. They also offer their system with a ODB2 connector that will work with any engine that has a ODB2 diagnostic port. 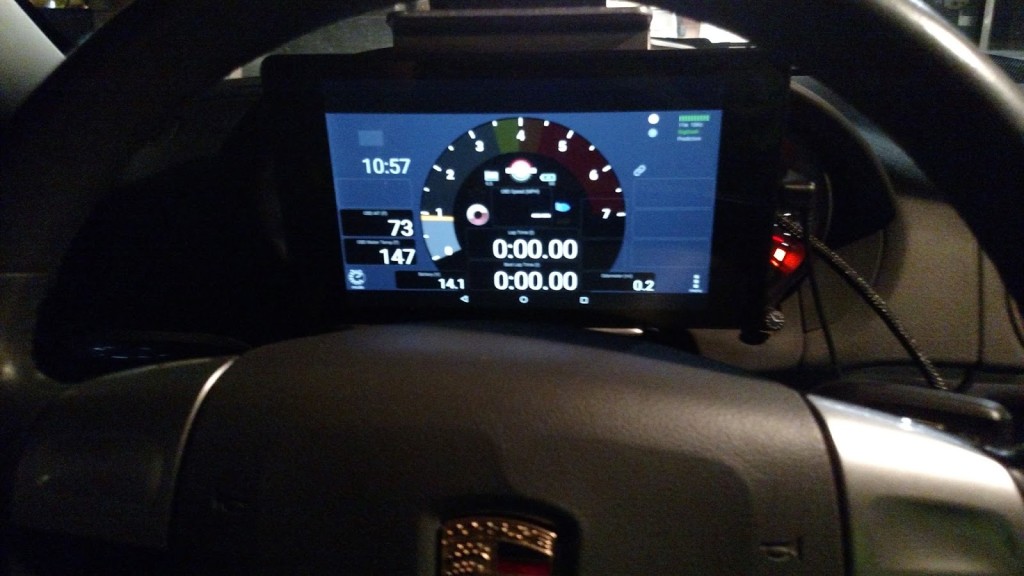 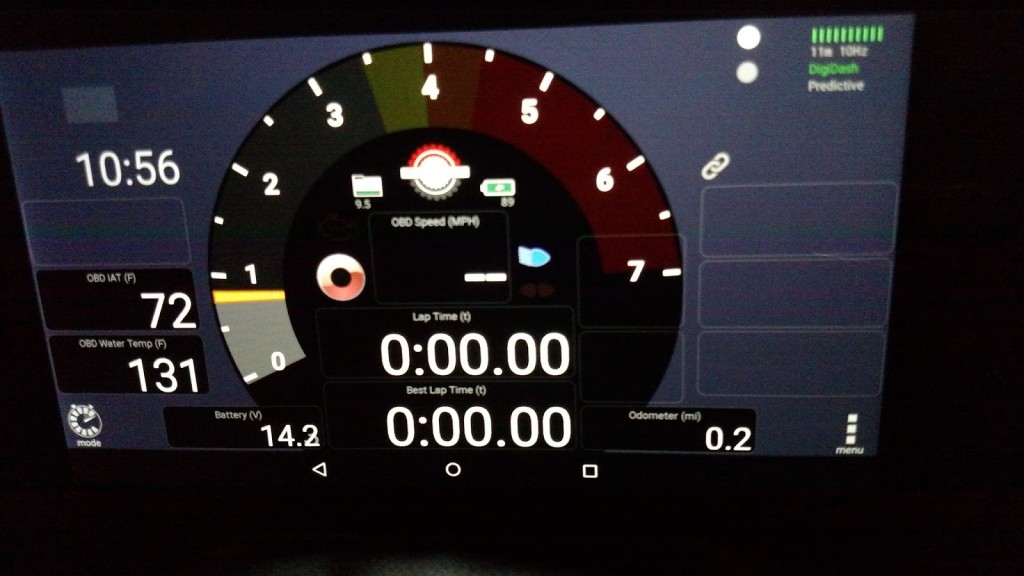 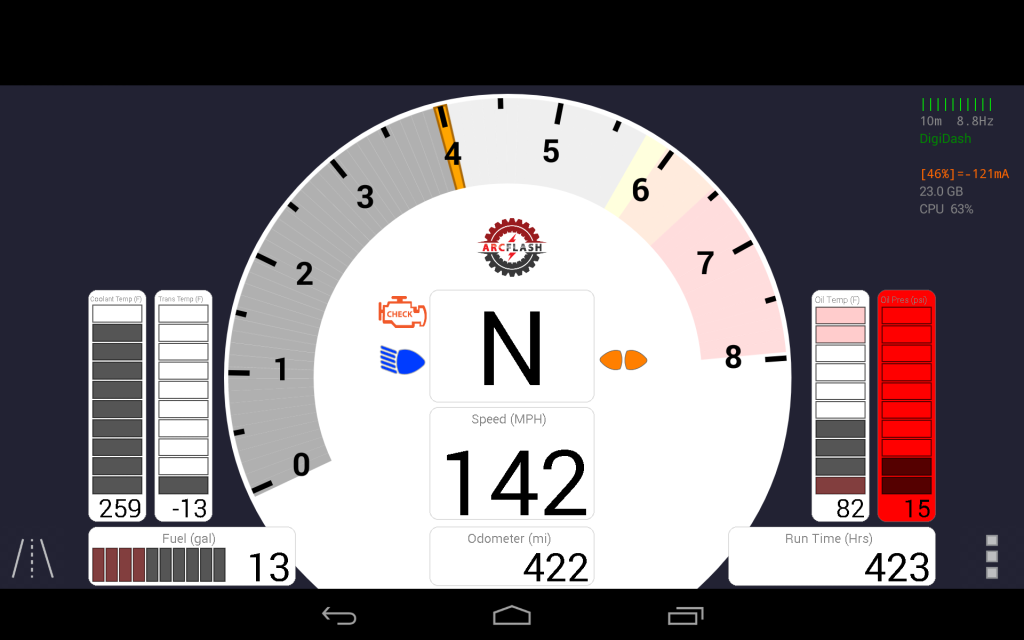 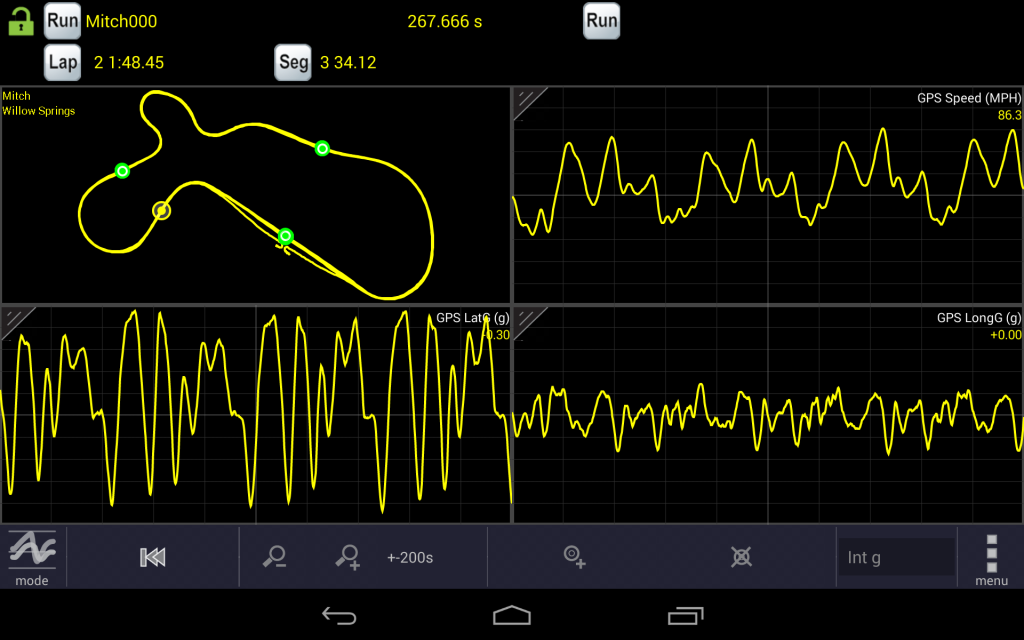 Future plans for the Cayman include a Quaife sequential gearbox and a Dailey Engineering dry sump oil system. After that he plans on installing a roll cage and a full race prep. In the meantime Joshua is just going to enjoy his little German torque monster.