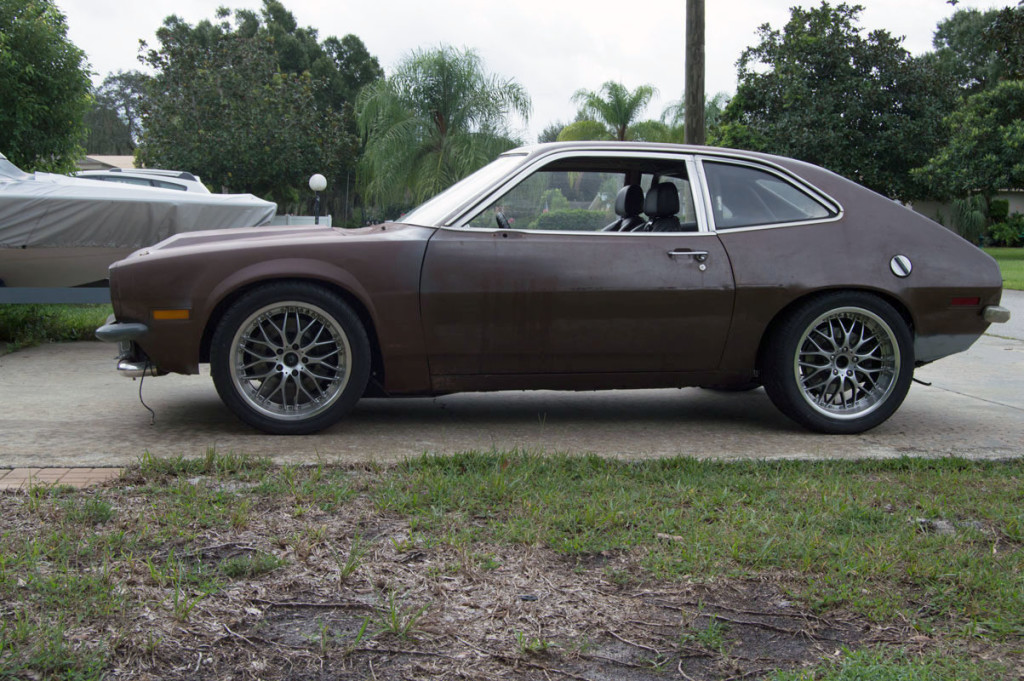 This pro-touring 1974 Ford Pinto is being offered for sale out of central Florida with an asking price of $5,800 OBO and trades. The engine is a completely rebuilt 2.3 L turbo and five-speed manual transmission sourced from a 1988 Thunderbird turbo coupe. The engine is running a Garrett T3/T4 turbocharger but it recently blew a seal and needs a rebuild and because of that the owner reduced the price. The rest of the drivetrain consists of a T-5 five-speed manual, shortened 1997 Cobra drive shaft and rear end. The brakes have been upgraded to 1997 Cobra in the rear and Wilwood in the front. It seems almost every major component has been gone through and upgraded. The seller claims the car still needs interior work, paint/body work, and fix windshield wipers. 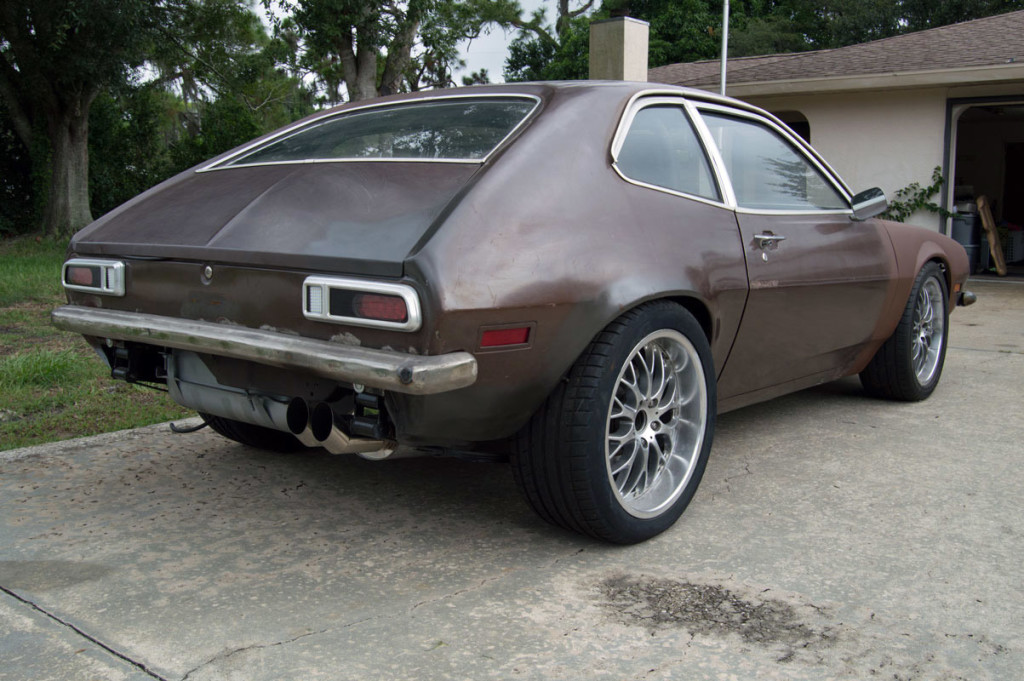 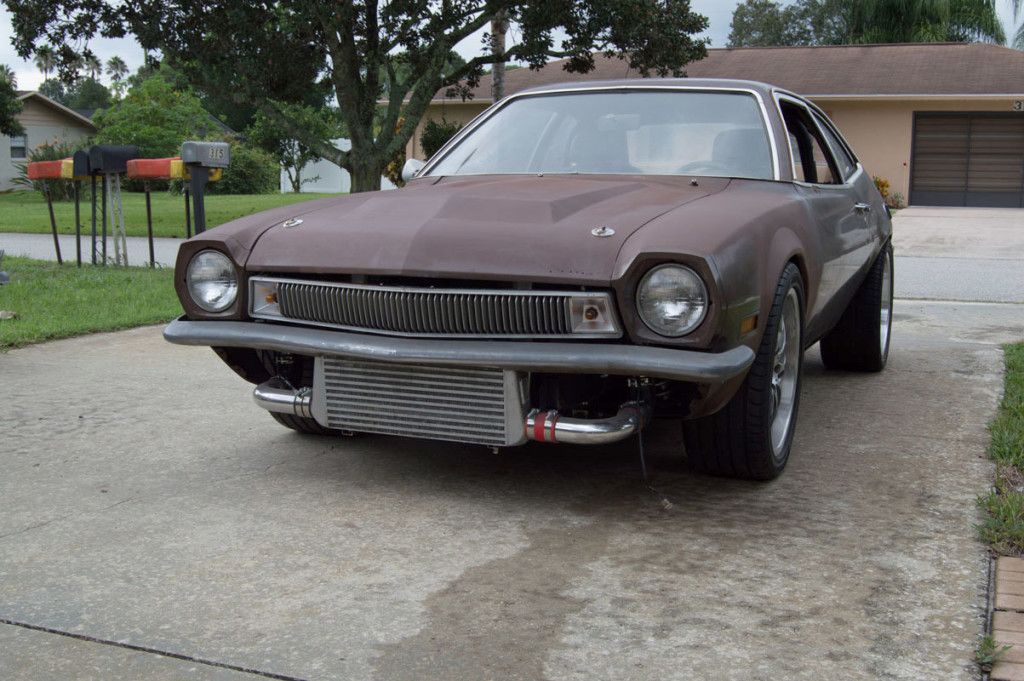 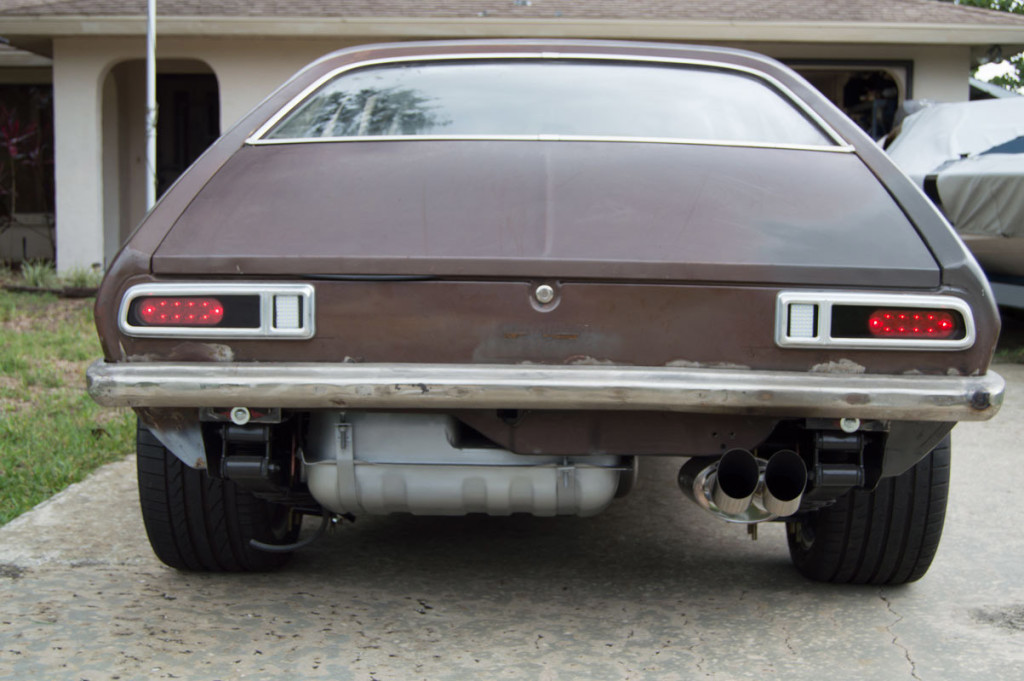 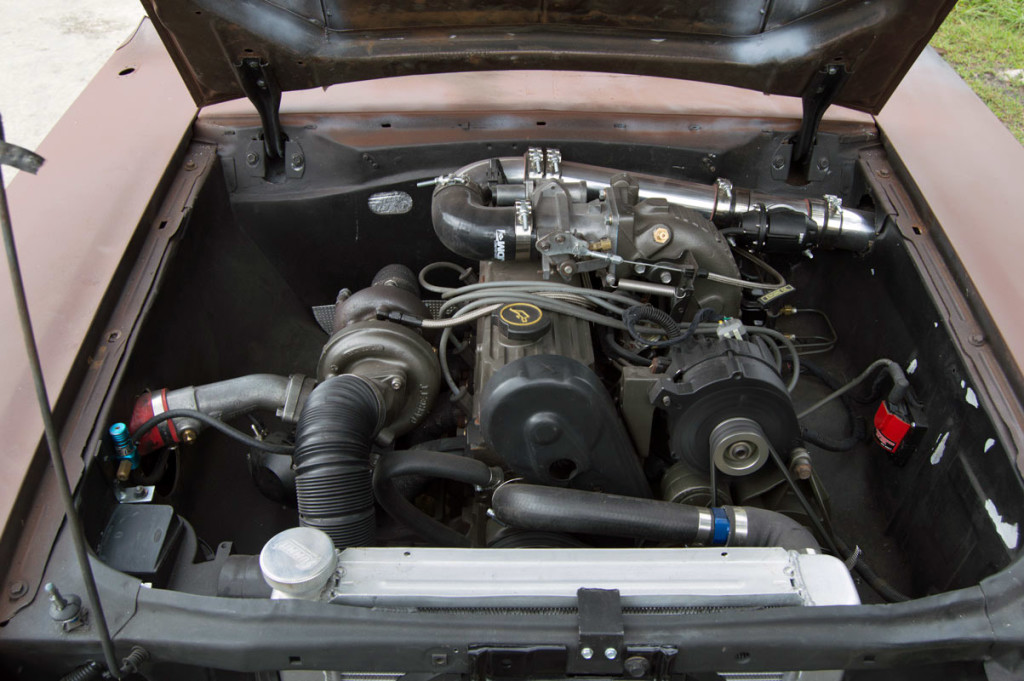 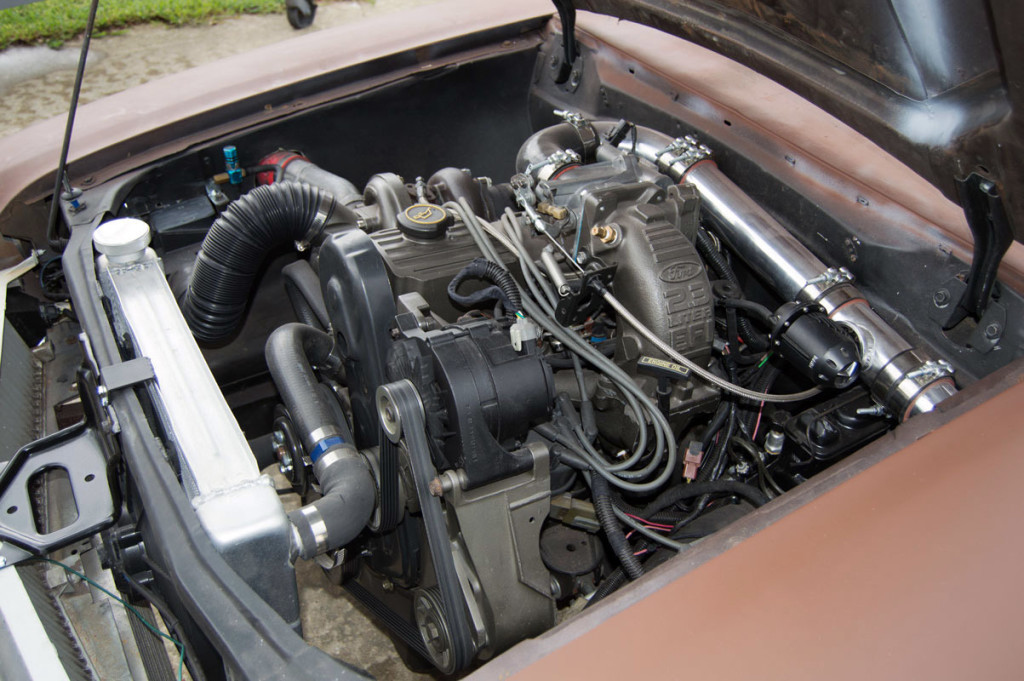 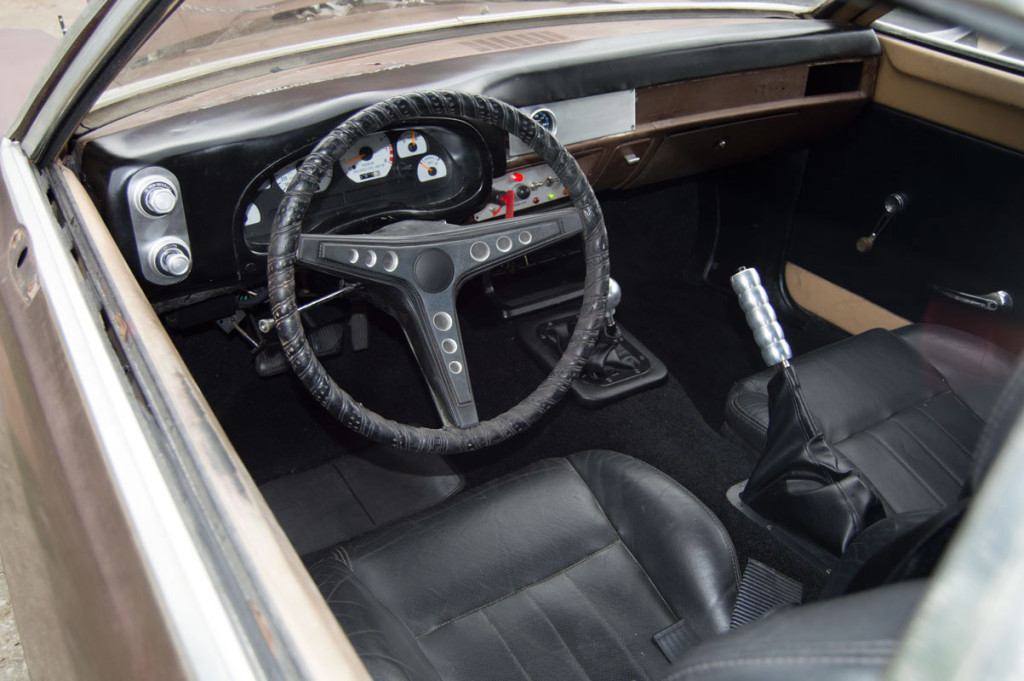 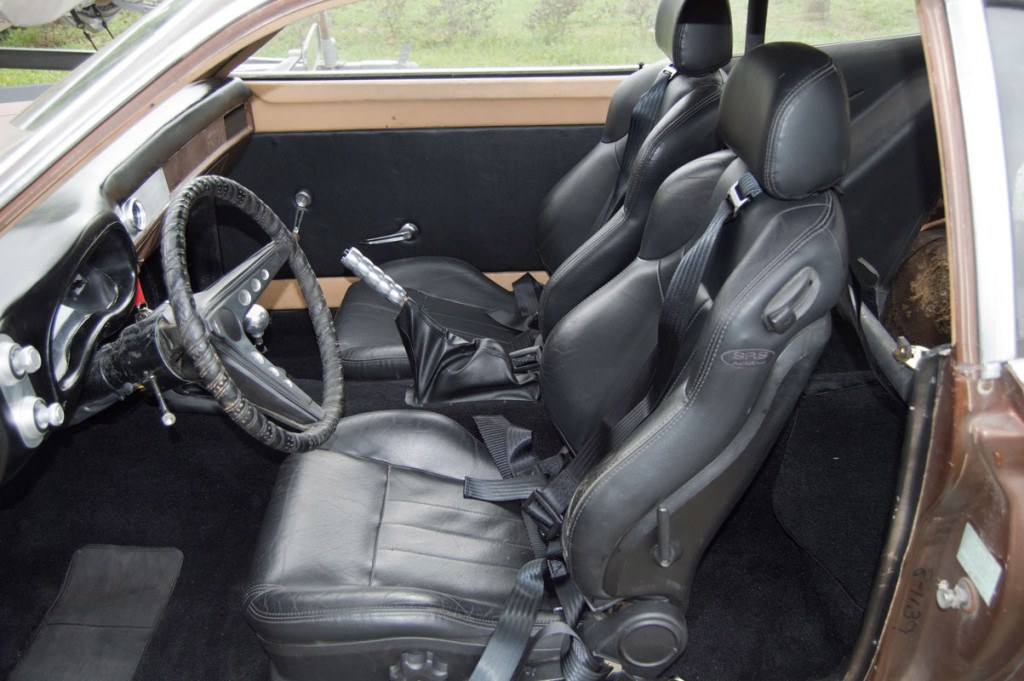 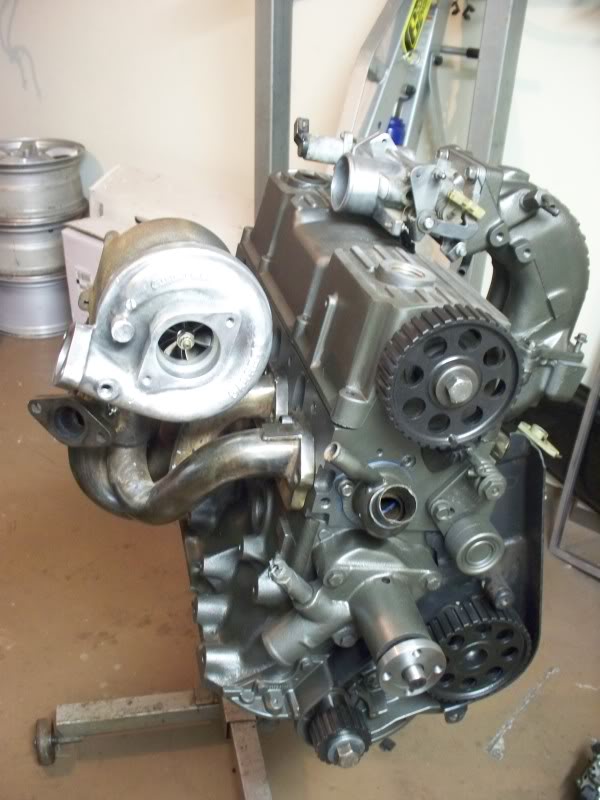