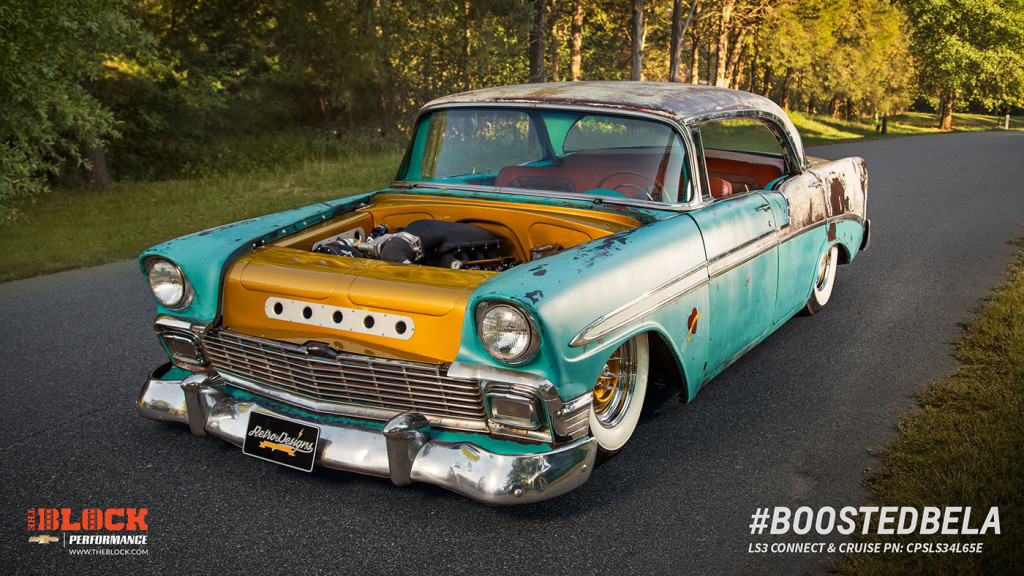 Retro Designs in Concord, North Carolina was commissioned by Chevy Performance’s The Block to built this 1956 Chevy Bel Air. The project is called Boosted Bela and as the name suggest the engine is not naturally aspirated. 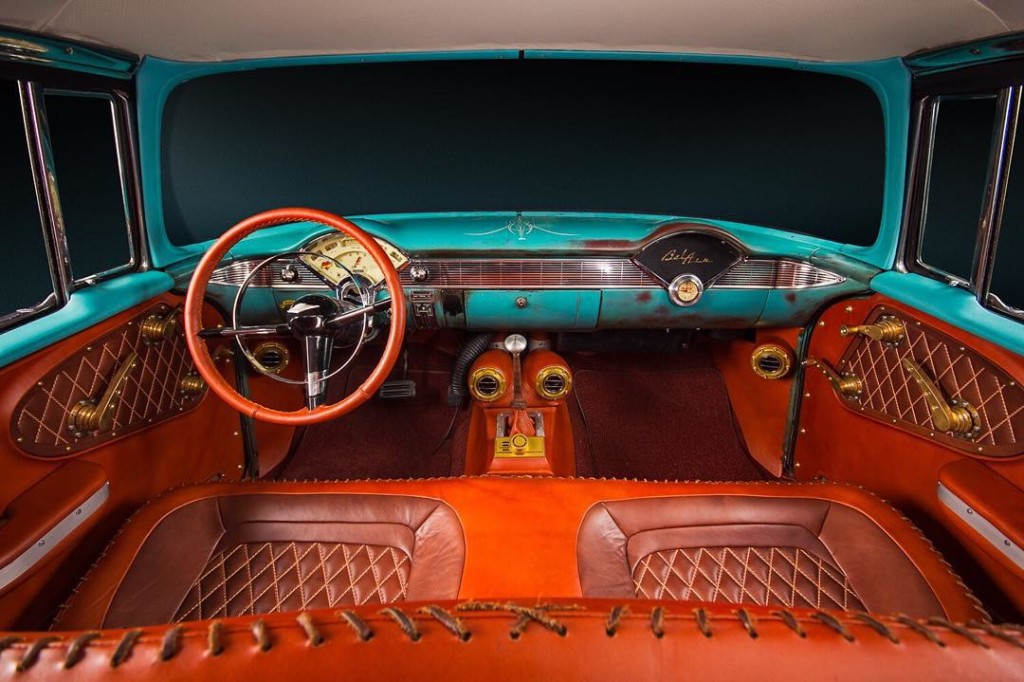 Under the hood sits a LS3 crate engine which has been upgraded with LS9 fuel injectors and Holley Hi-Ram intake. A Vortech V3 Si supercharger was installed on the V8 to help the engine produce 450-500 horsepower to the rear wheels on 8-10 psi of boost. 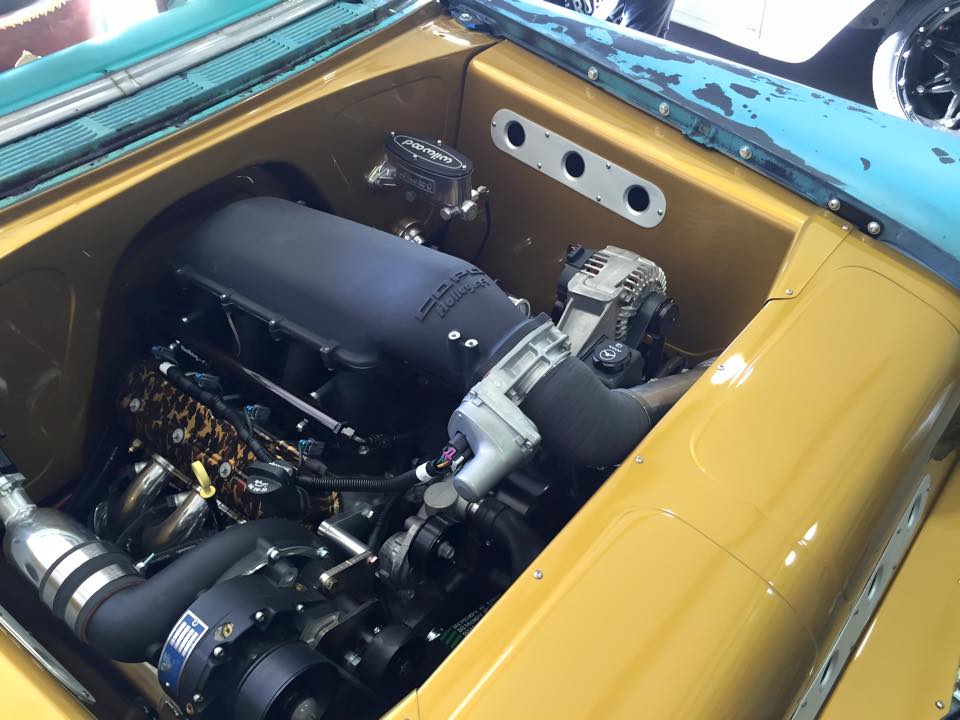 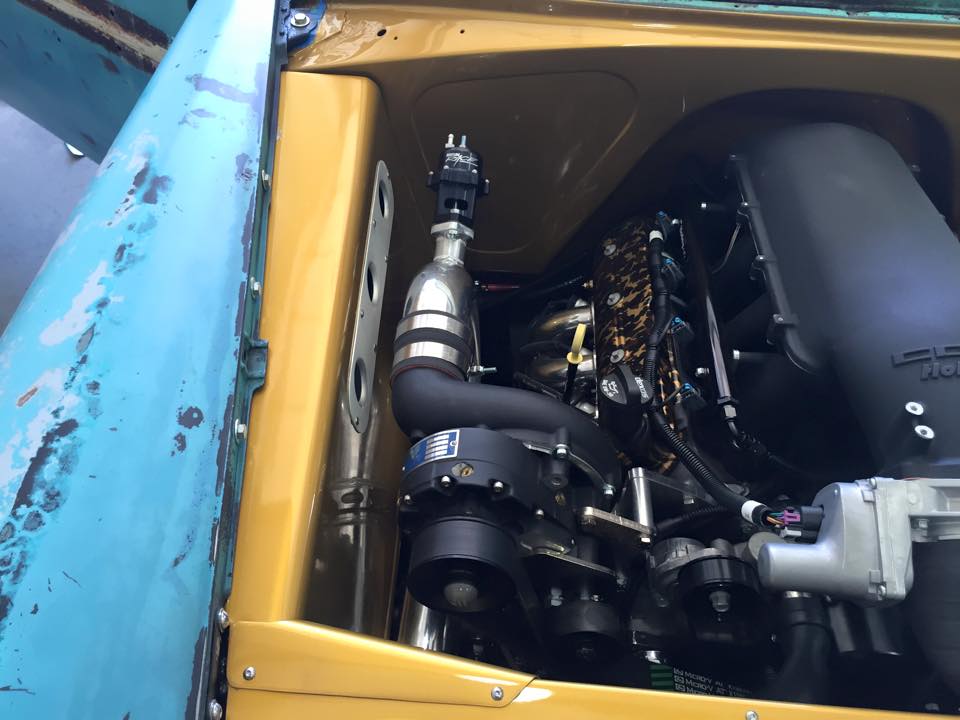 The engine was installed using a Muscle Rods swap kit that included mounts, crossmember, and frame brackets. Then a pair of their 1955-1957 Chevy 1 3/4″ mid-length headers were installed along with a LH8 oil pan. 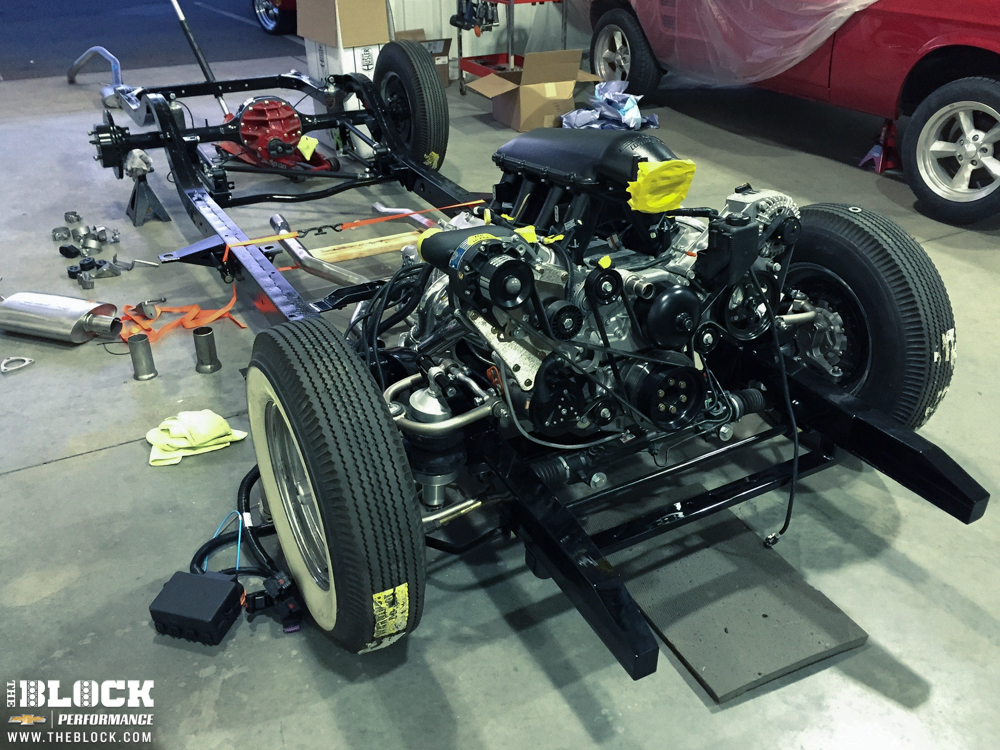 Behind the engine sits a 4L65E Chevrolet 4-speed automatic transmission and a Spraker Ford 9″ rear end with Motive posi and 3.70 gears. 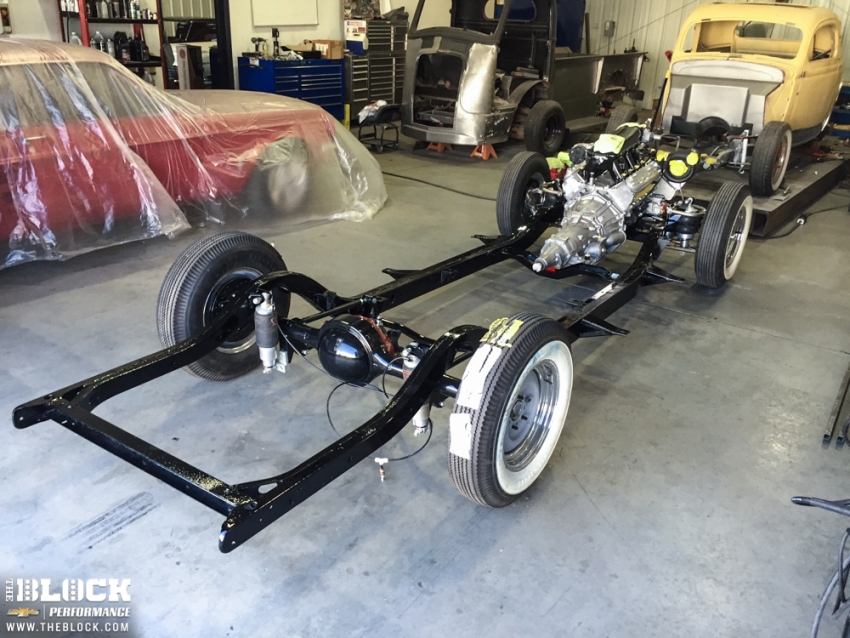 To help with the performance and allow the car to ride as low as possible the frame was cut off at the firewall forward. In its place a Fatman Stage V frame stub was installed with IFS and a TRW rack and pinion setup. To make good use of the frame upgrade the Bel Air rides on a RideTech air suspension. 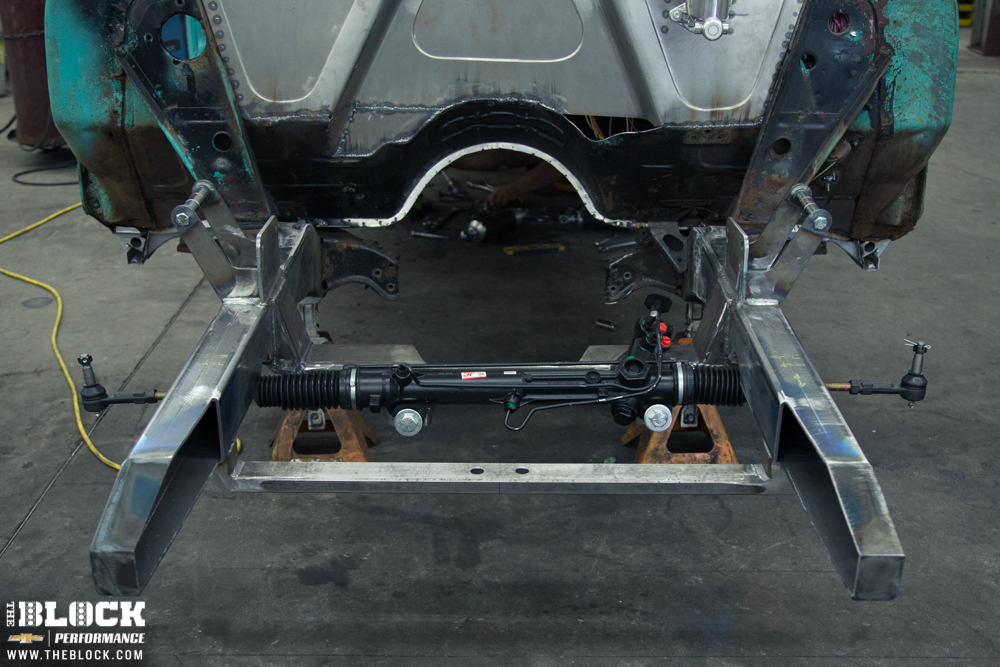 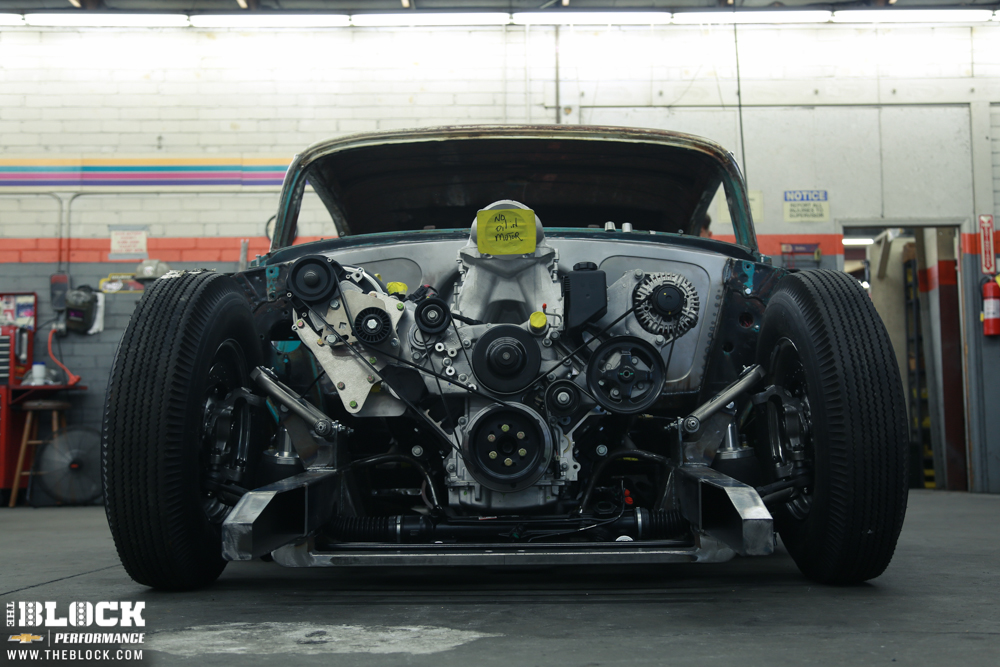 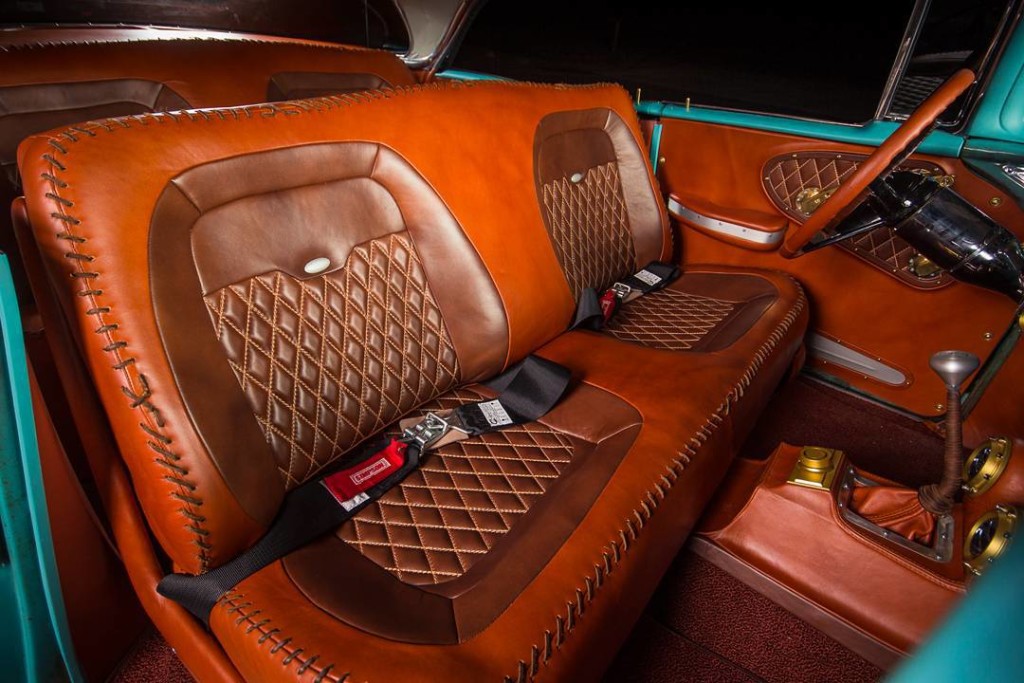 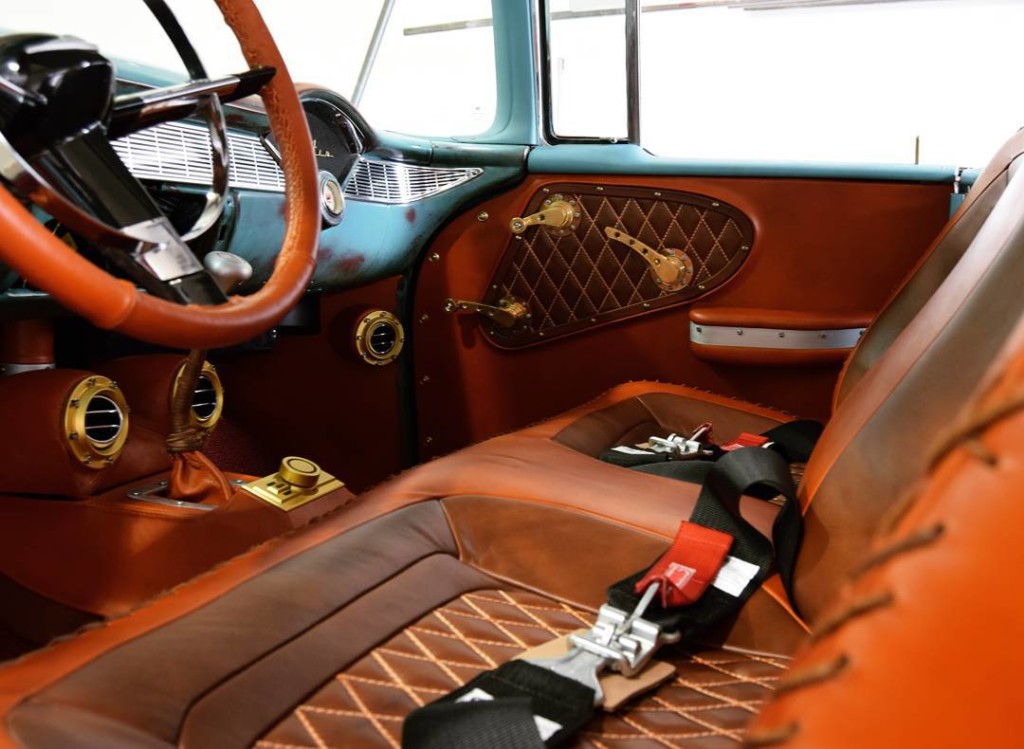 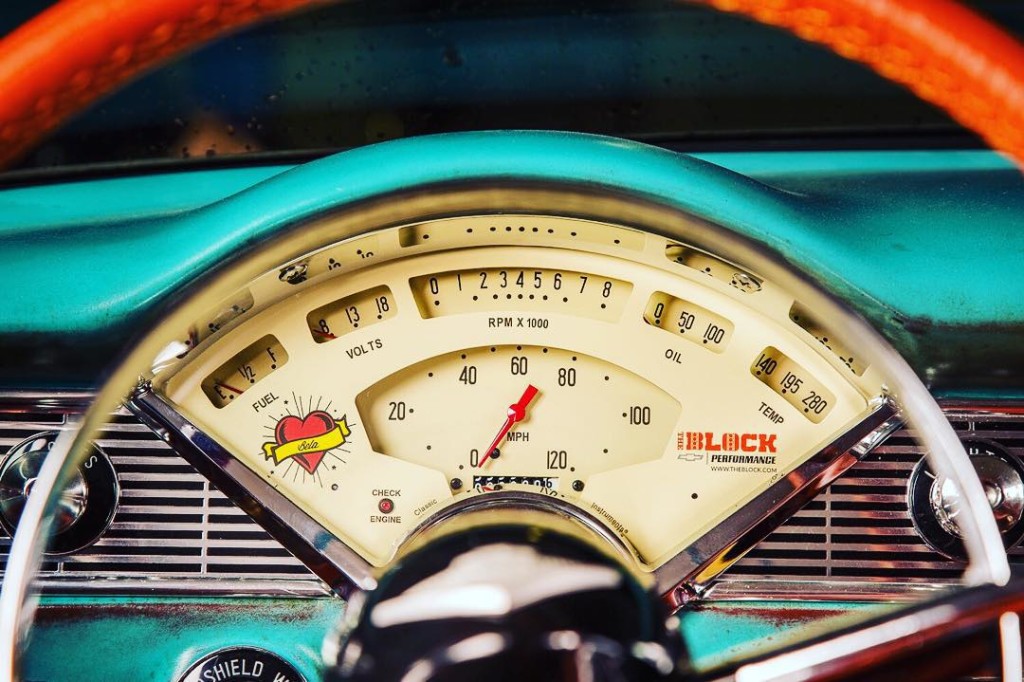