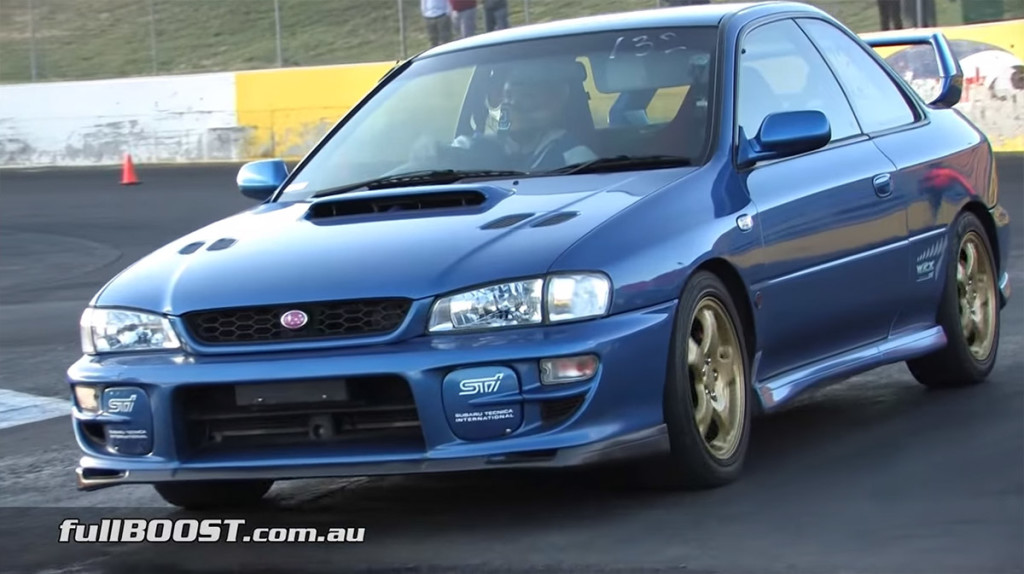 Many Subaru fans might consider this car the ultimate dream, a classic looking two-door design with a bigger and more modern turbo engine. The two-door 1999 Subaru WRX STI is powered by a 2.5 L EJ257 flat-four. The EJ257 engine was originally designed for North American Impreza STI in 2004 and is the same as the EJ255 but has dished pistons and different heads. The owner upgraded the turbo to a Garrett GT3071 and at 22 psi of boost the engine is producing 335 horsepower to the wheels. The engine is backed by a STI six-speed transmission and R180 rear end. 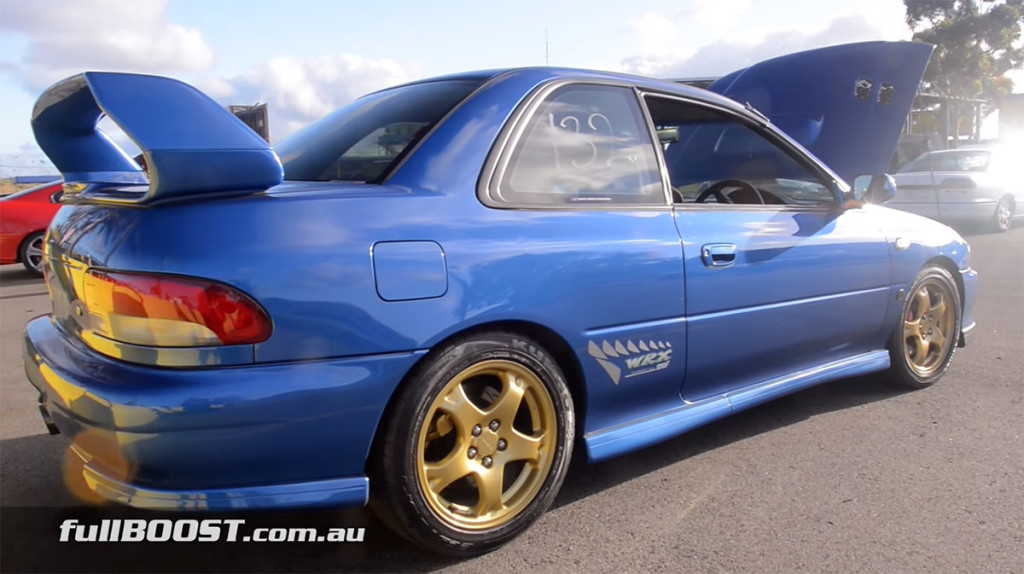 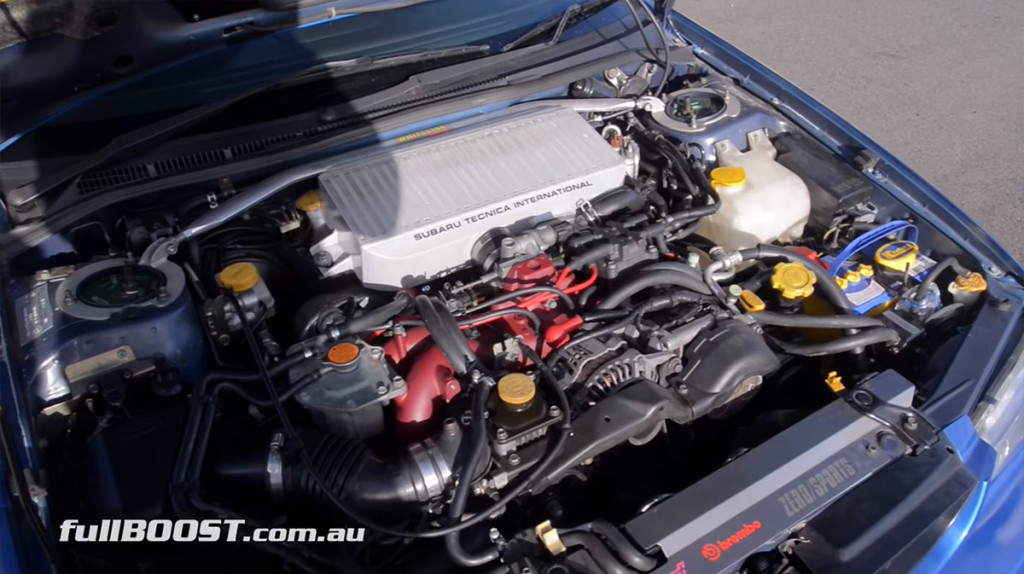