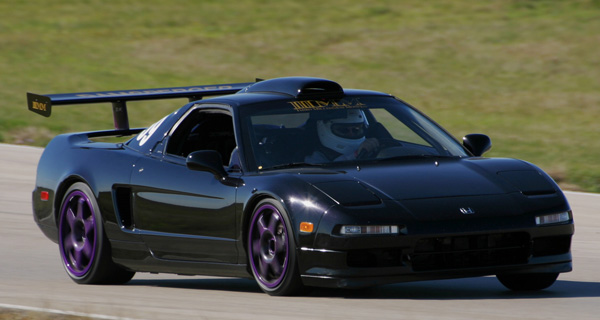 After racing this 1991 NSX for six years in mostly NASA & NSX-only events, Ms. Badwrench Racing decided to build what they call “the Ultimate NSX Hybrid“. They were going to take the factory Honda C30A V6 and replace it with a GM LS7 V8. Their goal was to make a streetable car that resembled a Daytona Prototype or ALMS GT-1 racecar.

The LS7 engine will produce 750 horsepower and 700 torque running on E-85 ethanol. The engine will be similar to the one that Katech builds for the Trophy Truck class in off-road racing. 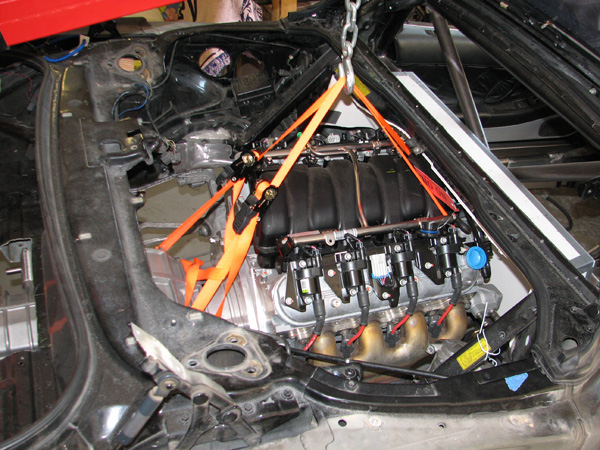 The transaxle will be a Porsche G50-50 five speed box that was built by California Motorsports. The builders picked this transaxle because of its strength. They claim it was Porsche’s strongest because of its 9″ ring gear. It also has billet shift forks, steel synchros, a moly LSD, inverted oiling system, and a CMS side-shift conversion. Also used was a custom 9 lb. lightweight flywheel and a 3 disc carbon-carbon clutch. 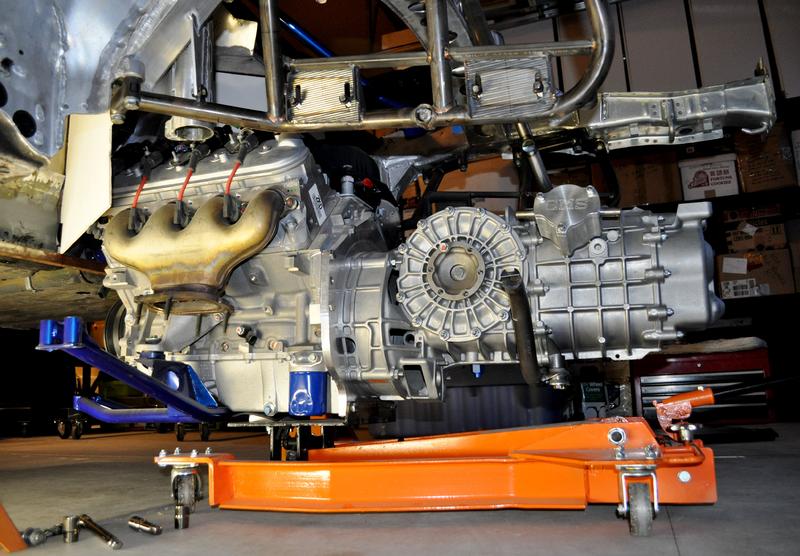 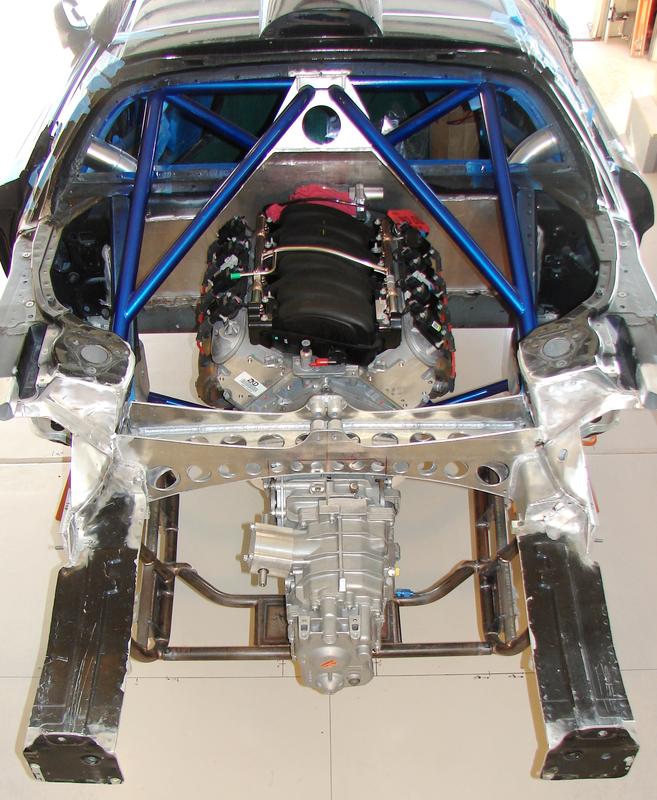 The brakes will be Brembo ceramic-composite 15″ rotors used on the ZR-1 Corvette. The wheels will be BBS Monoblock centerlock wheels and Michelin racing tires. These are the same ones used on the former Corvette GT-1 program. 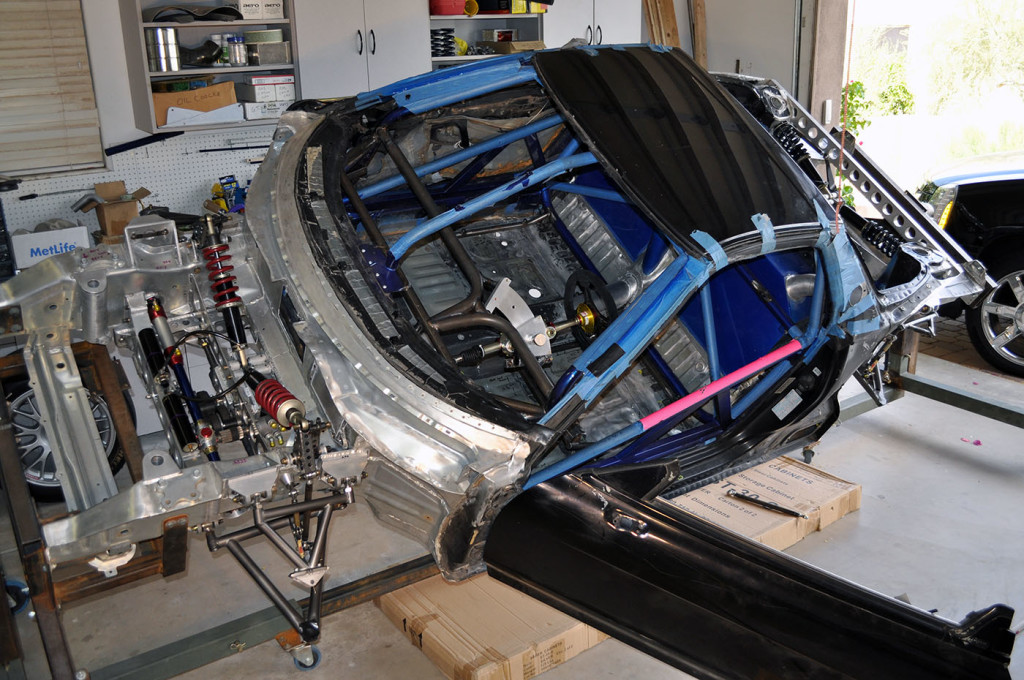 The suspension will use a horizontally-opposed Penske lightweight coilover shocks (series 8300). This modification places the shocks in a much lower center-of-gravity position, while also facilitating much easier access for set-up purposes. It will also feature a experimental custom front suspension (which is trying to be patented). This allows the driver to adjust the front camber by a + or – 7 degrees while driving. 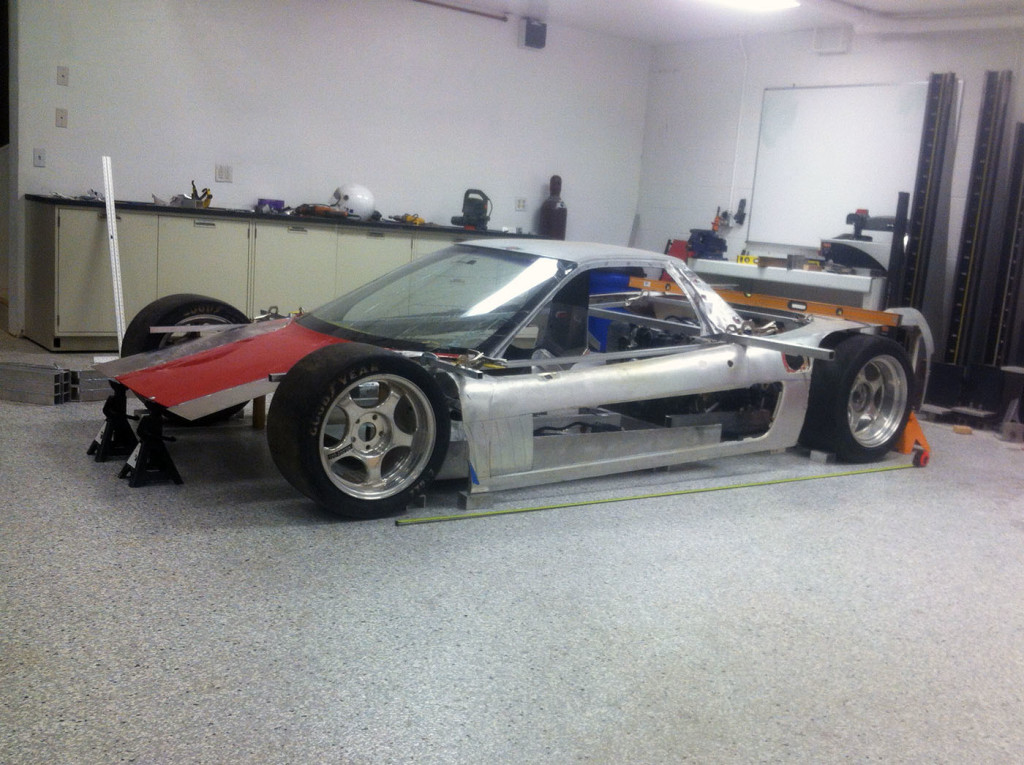 The target weight of the car was 2600 lbs. All the glass is Lexan but the windows will be able to be opened. The rest of the body will be made of carbon fiber. The front and rear will be clam-shell style full carbon tilt pieces. 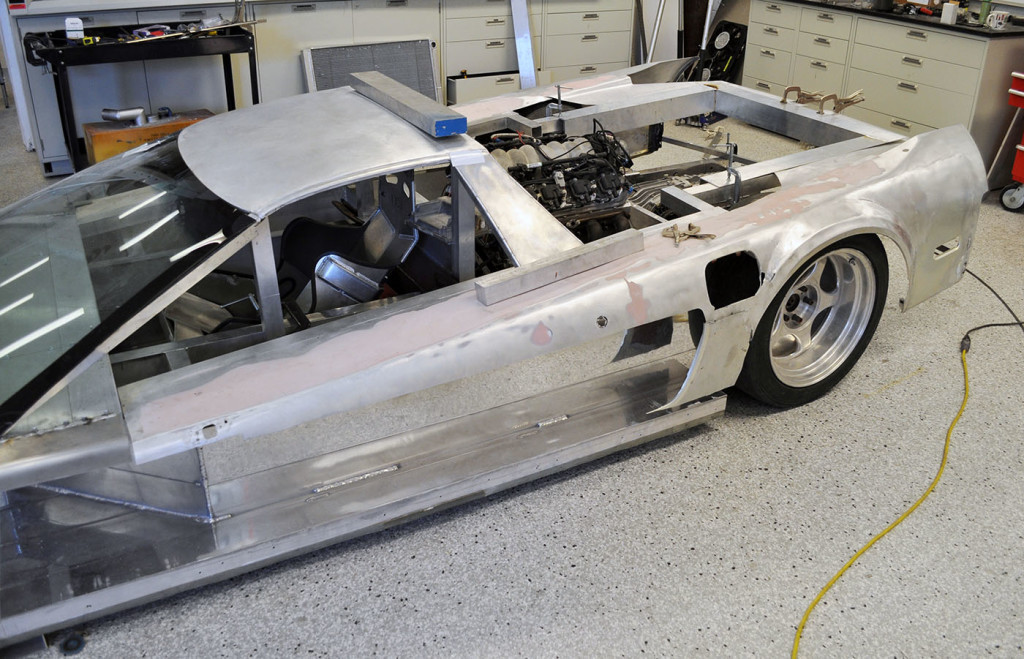