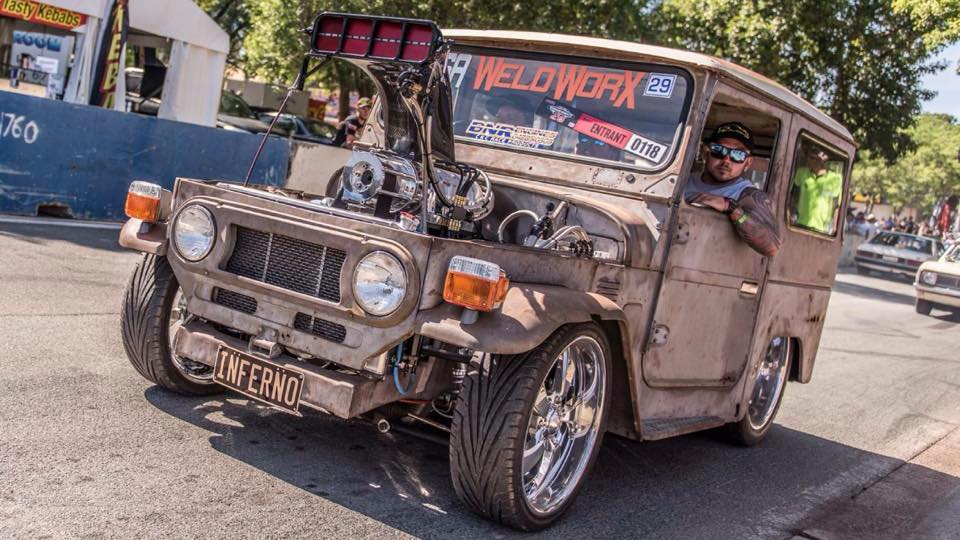 This Toyota FJ40 Land Cruiser was built by SA Weldworx in Salisbury Plain SA, Australia. The burnout monster called INFERNO made its debut at Summernats 29 showing off its massive 871 blown 510 ci big-block Chevy V8 built by BNR Engines. The engine was dynoed at 1,278 horsepower and 1,070 lb-ft of torque. Backing the engine up is a Reid Racing two-speed Powerglide automatic transmission. 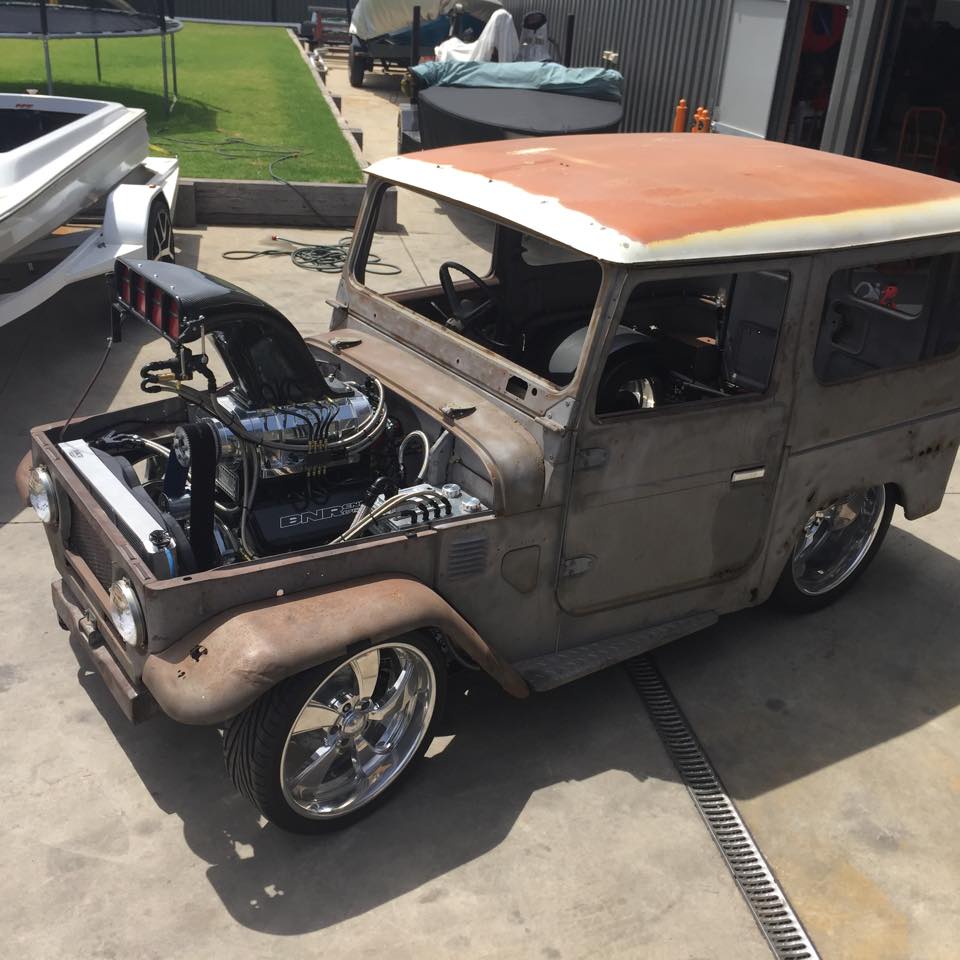 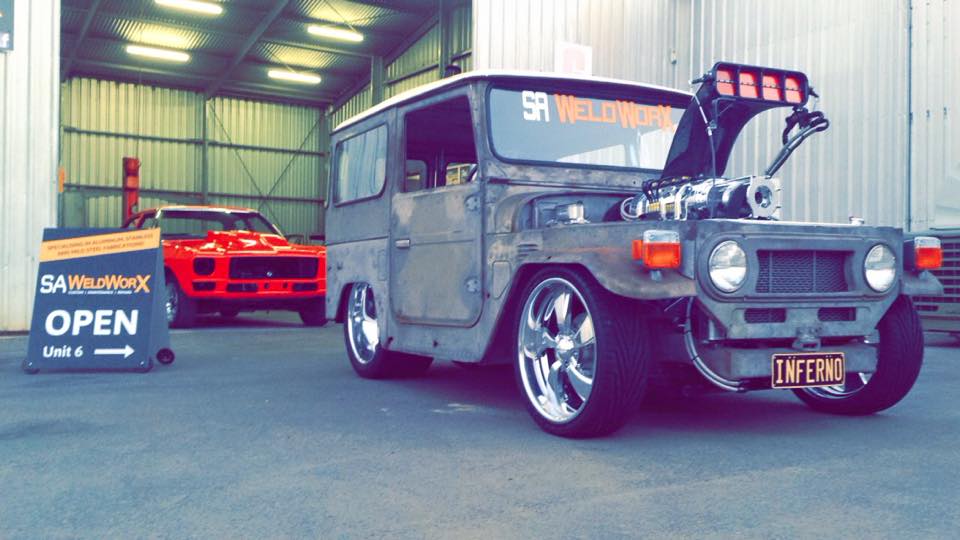 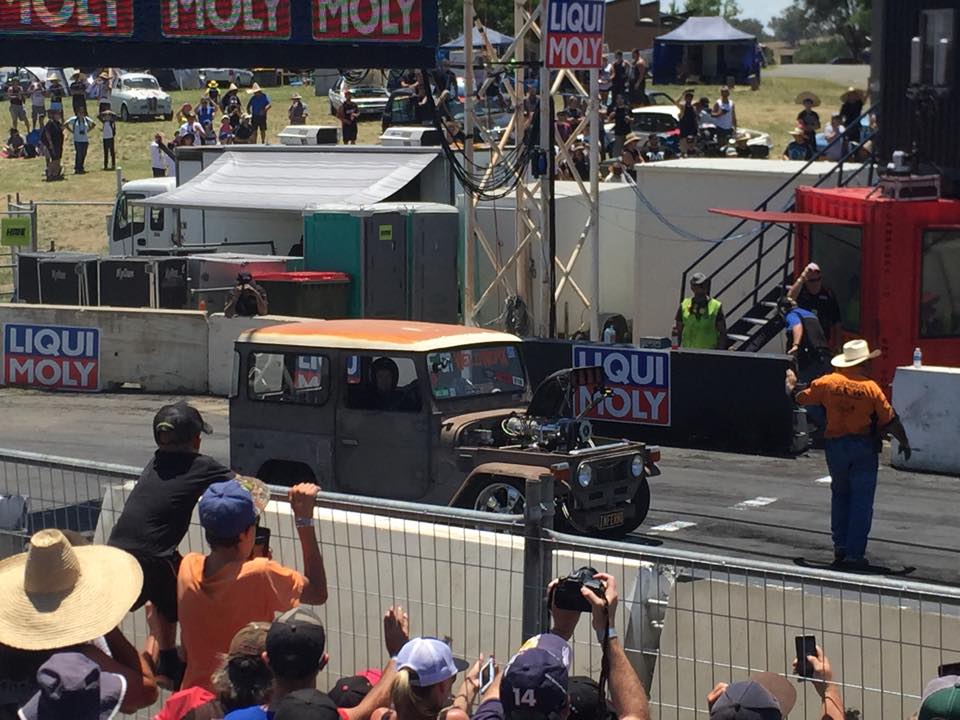 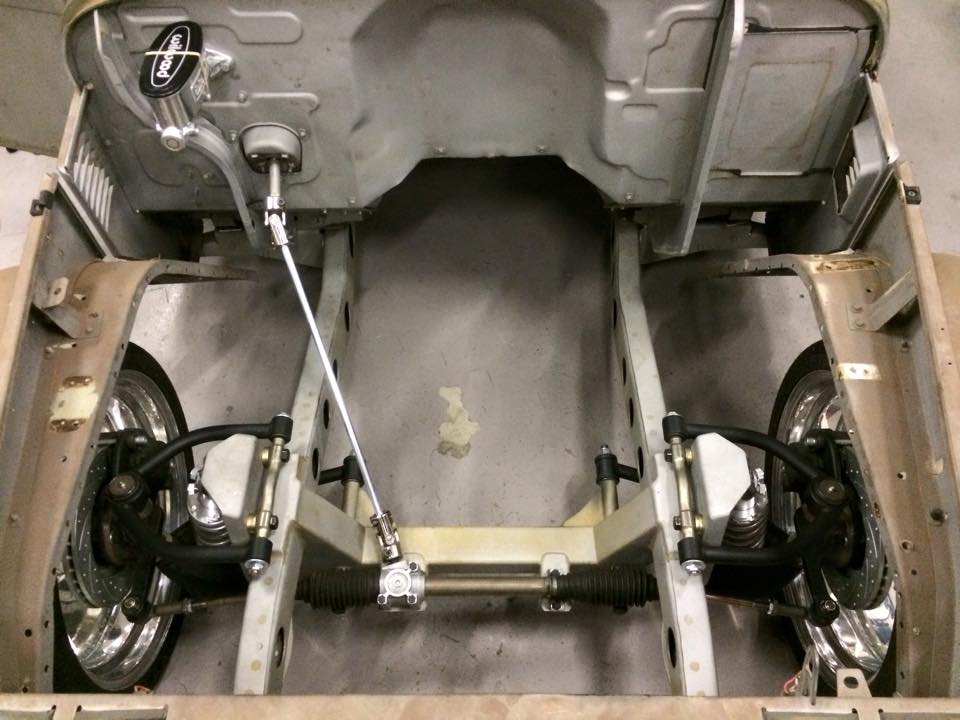 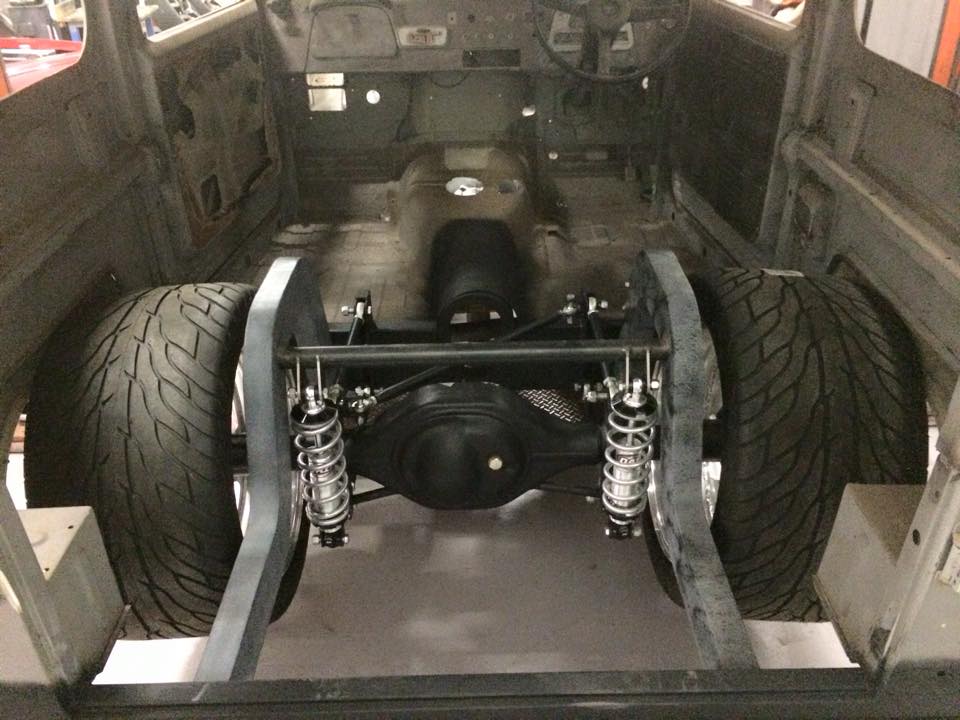 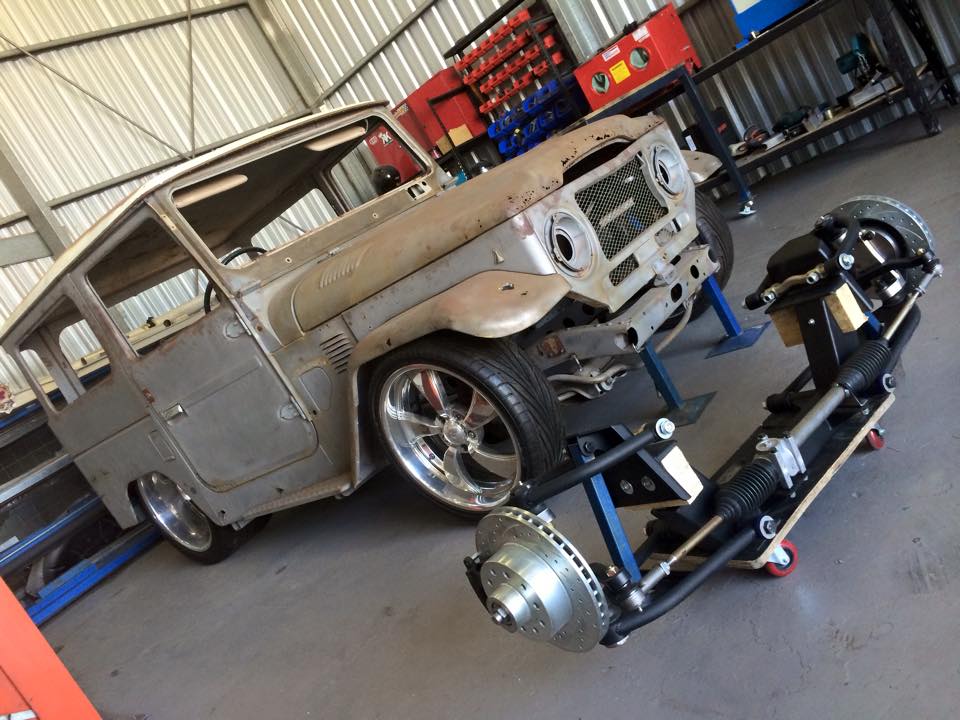 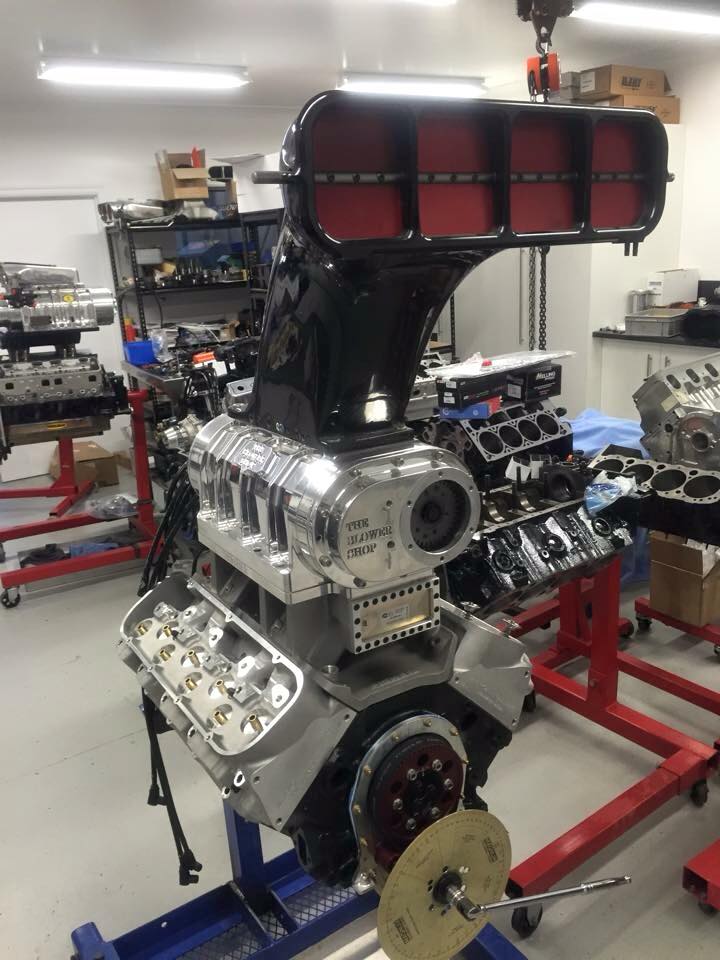 1 thought on “Toyota FJ40 with a Supercharged Big-block V8”