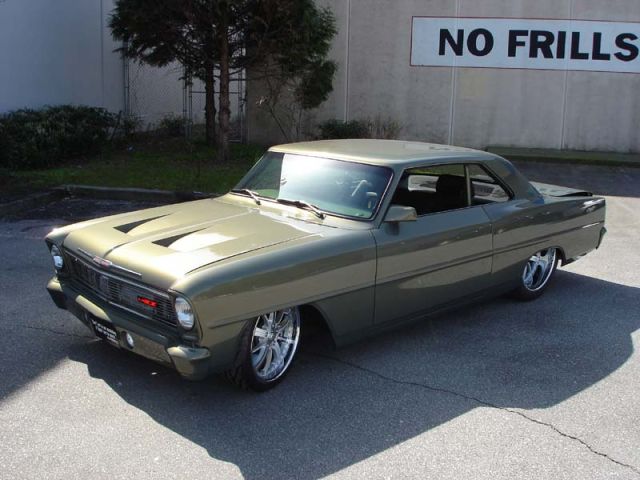 Killer Customs has taken a sedate 1966 Nova and turned it into a serious ride for a very happy customer. Based out of British Columbia Canada, Killer Customs works on just about anything with wheels. They can handle swaps, forced induction, bodywork, paint, suspension, you name it and they can do it. 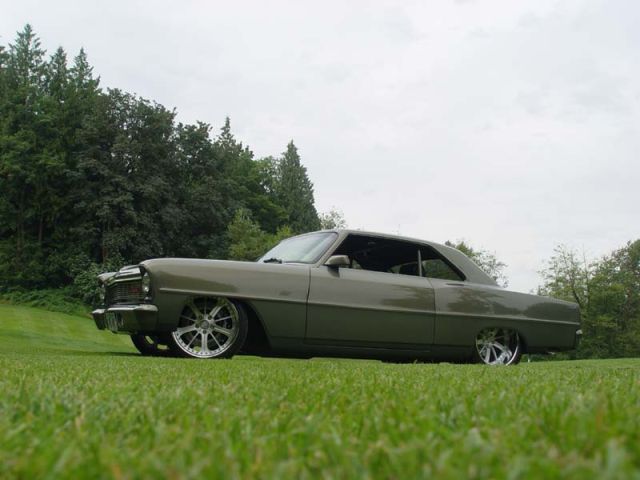 Just about nothing was left untouched on this car. The engine is a LS2 pumping 520 hp and attached to the ever faithful T-56 six speed transmission. The Nova had its factory front suspension upgraded to a Corvette C5 front suspension with coil over shocks and monster Wilwood 14″ 6 piston brakes. The rear suspension had help from an Art Morrison 4 link rear with coil over shocks and 13″ 4 piston brakes. 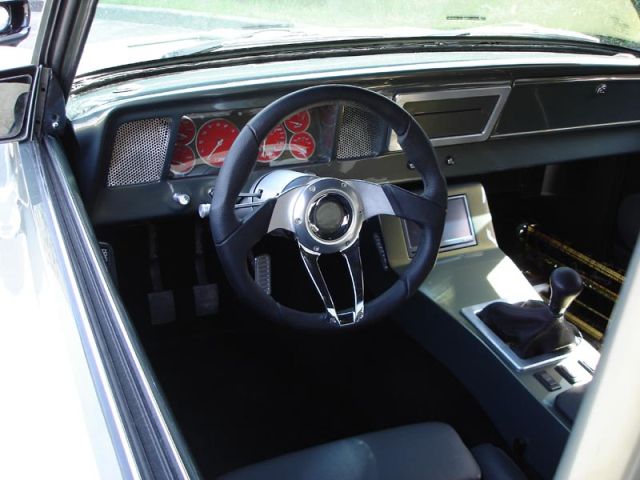 The bodywork on this car is extensive. Killer Customs built a custom hood with reverse air ducts, shaved just about everything they could on this Nova, extended the rocker panels, hid the driving lights, smoothed and tucked the front and rear bumper, full rear and side belly pans. Oh they also found time to chop the roof by 3/4″. All of this work may seem subtle but that is what really brings the car a level of sophistication.

The interior had about as many modifications as the outside had. The dash was lengthened 6″ and the seats were pushed back. Killer Customs installed a custom center console and removed the rear package tray to make room for the audio system.

When you ask Killer Customs what was the hardest part of the build they said the bodywork was. But all the hard work paid off because the Nova car came out perfect and Killer Customs claims they wouldn’t change a thing about it.