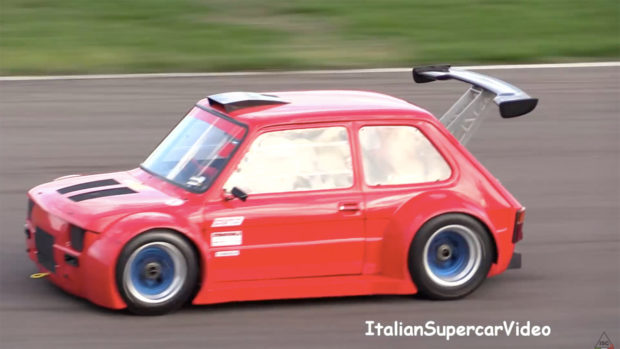 Alessio Arena has taken a 1976 Fiat 126 his Grandfather left to him and turned it into a tiny track monster. He got the wild idea for the car from another Fiat project powered by a Kawasaki motorcycle engine. Alesssio however decided to use a 1137 cc 16v inline-four from a Honda CBR1100XX Super Blackbird. The high revving engine produces 132-137 hp (99-102 kW) and 78-80 lb-ft (106-109 Nm) of torque. Which is plenty in a car that only weighs 550 kg (1,212 lb). Other modifications include a pushrod suspension, six-piston brakes, carbon-fiber wing, and flat underbody. He even removed the passenger seat so the driver’s seat is in the middle of the car given Alessio a great view of vehicles he passes. 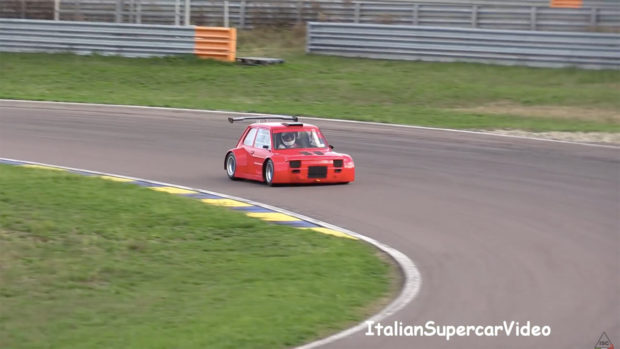 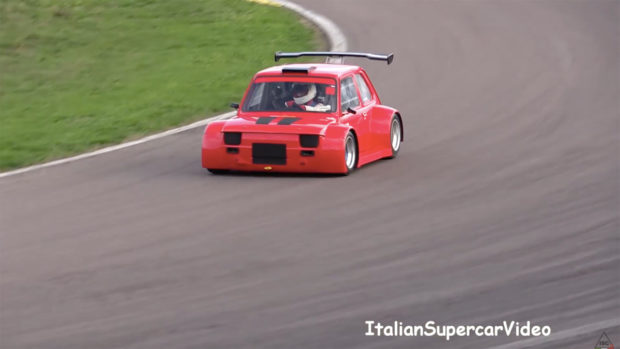 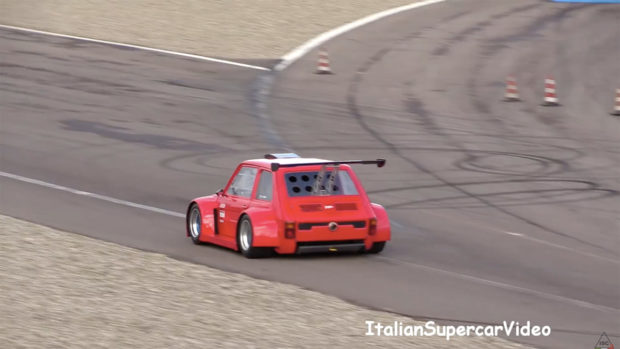