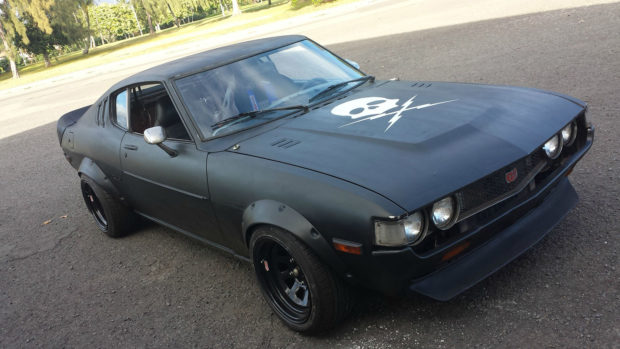 Project Fury started life when the owner purchased a 1977 Toyota Celica while stationed in Texas. When it was time to go back home in Hawaii the car followed. Little did he know it would morph into something sinister. 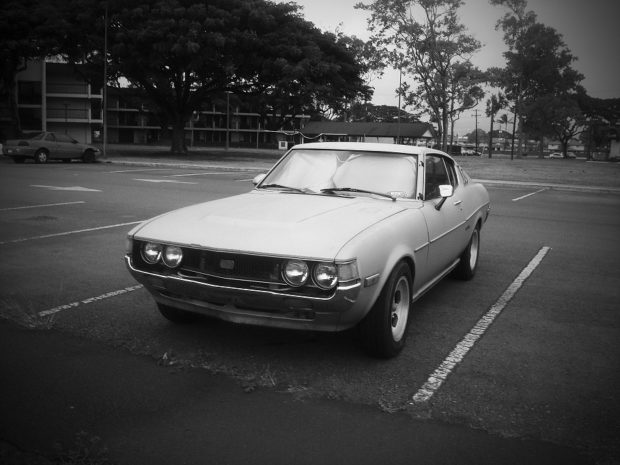 The owner knew he wanted an engine swap but it took a few years before he settled on a 4.0 L 1UZ-FE V8 from a Lexus LS400. It was installed using a modified 1986 Corolla GTS crossmember, smaller Tercel brake booster and S13 brake master cylinder. 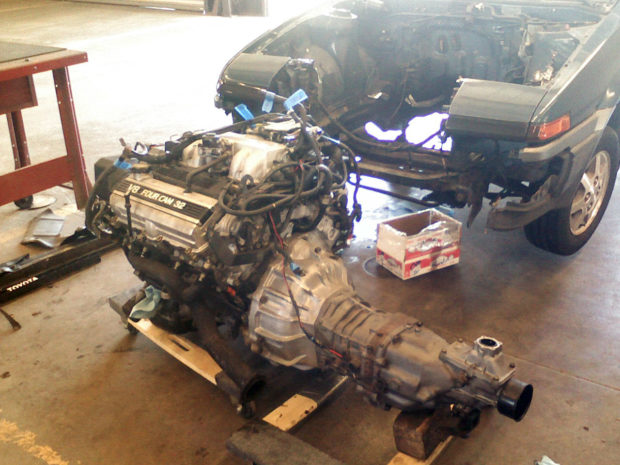 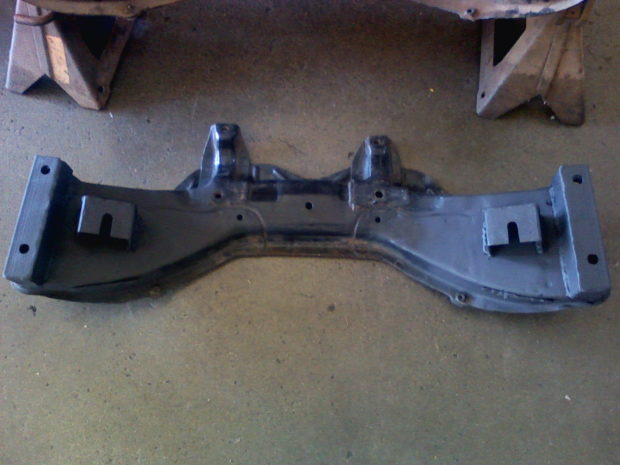 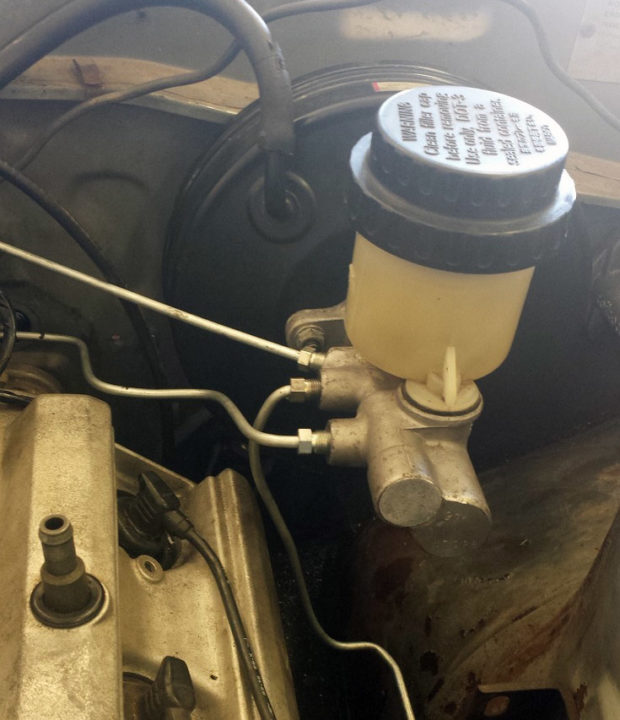 Eventually the engine found itself sitting under an Eaton M112 supercharger pulled from either a 2002-2004 Mustang Cobra or 1999-2004 Lightning truck. The supercharger produces 7 psi of boost running off a 3″ pulley. 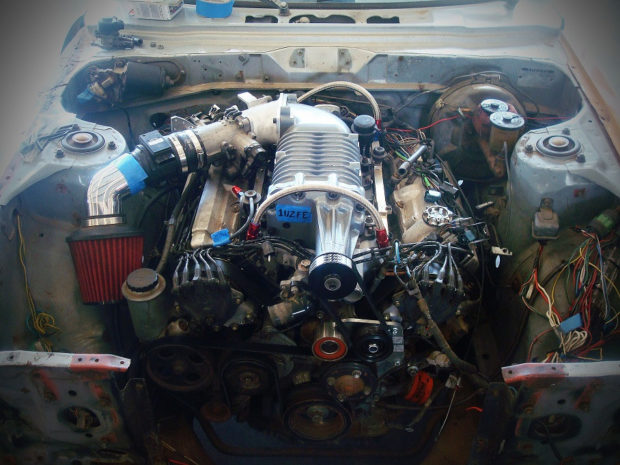 Connected to the engine is a Toyota W58 five-speed manual transmission from a Supra Mk3. The increase in torque has resulted in breaking the rear end three times. The current setup is a 6.7″ AE86 rear with a 2-way LSD. The owner is building a Ford 8″ rear end to solve the issue. 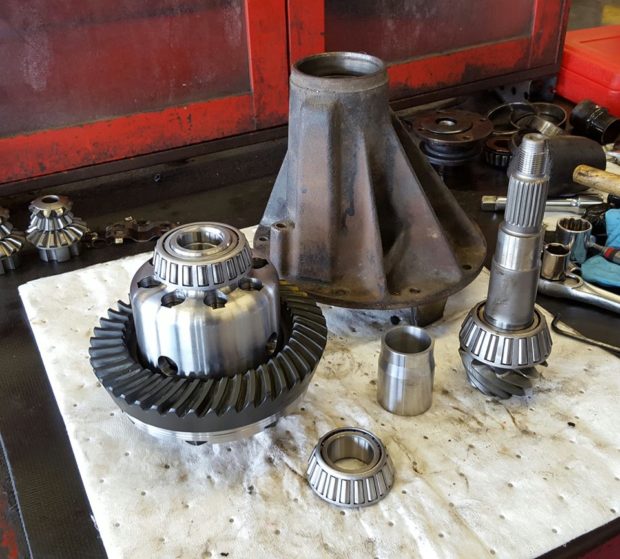 The factory steering box felt sluggish so it was converted to rack and pinion using a first generation Toyota MR2 unit. The rest of the steering was compiled from Tercel and Supra parts. AE86 Corolla aftermarket products were used to upgrade the suspension. 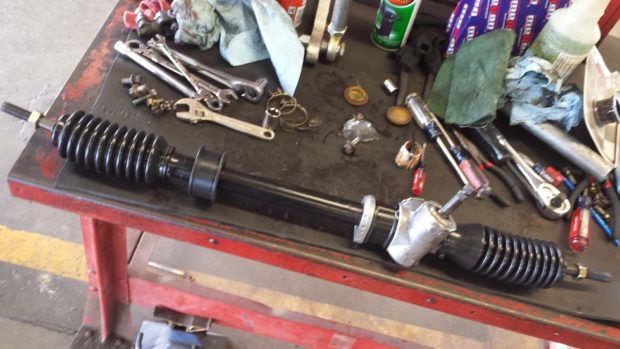 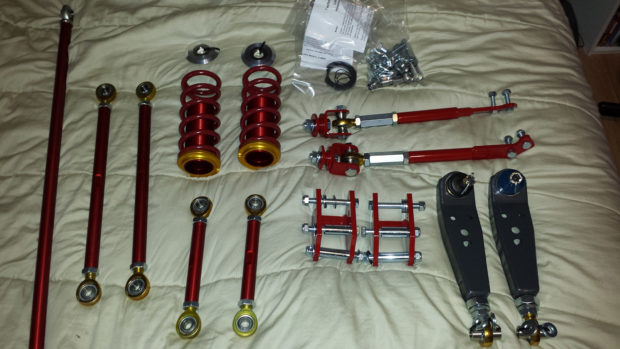 There was no way the factory disc and drum brakes were going to keep up with the power increase. So they were upgraded Mini Cooper S drilled and slotted rotors with Mazda RX-7 FC front calipers were. 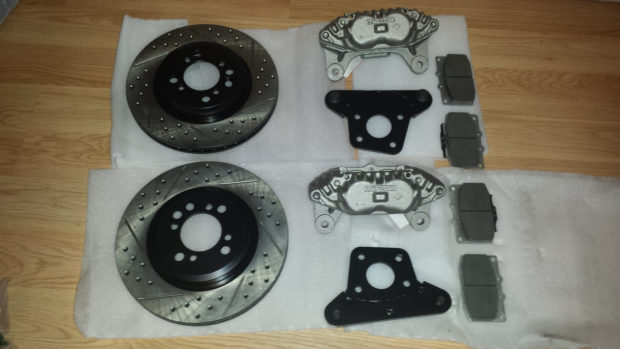 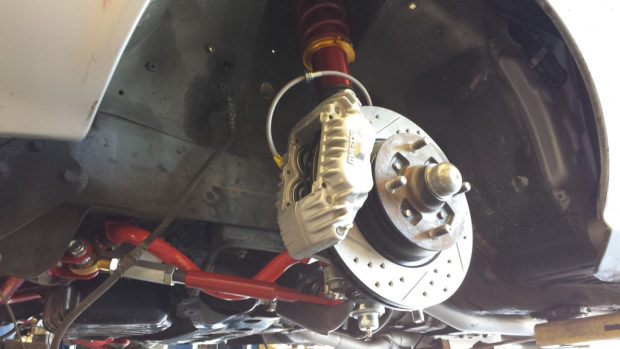 If you still need more convincing this Celica is a beast then listen as David Patterson reviews it. 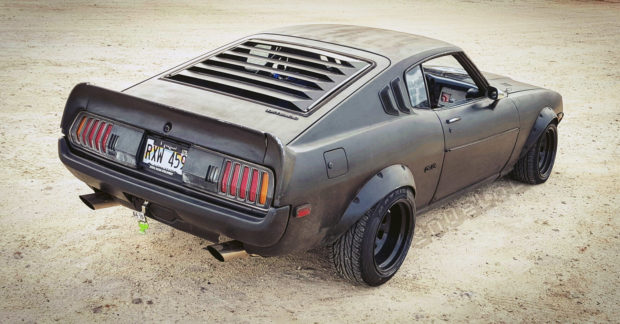